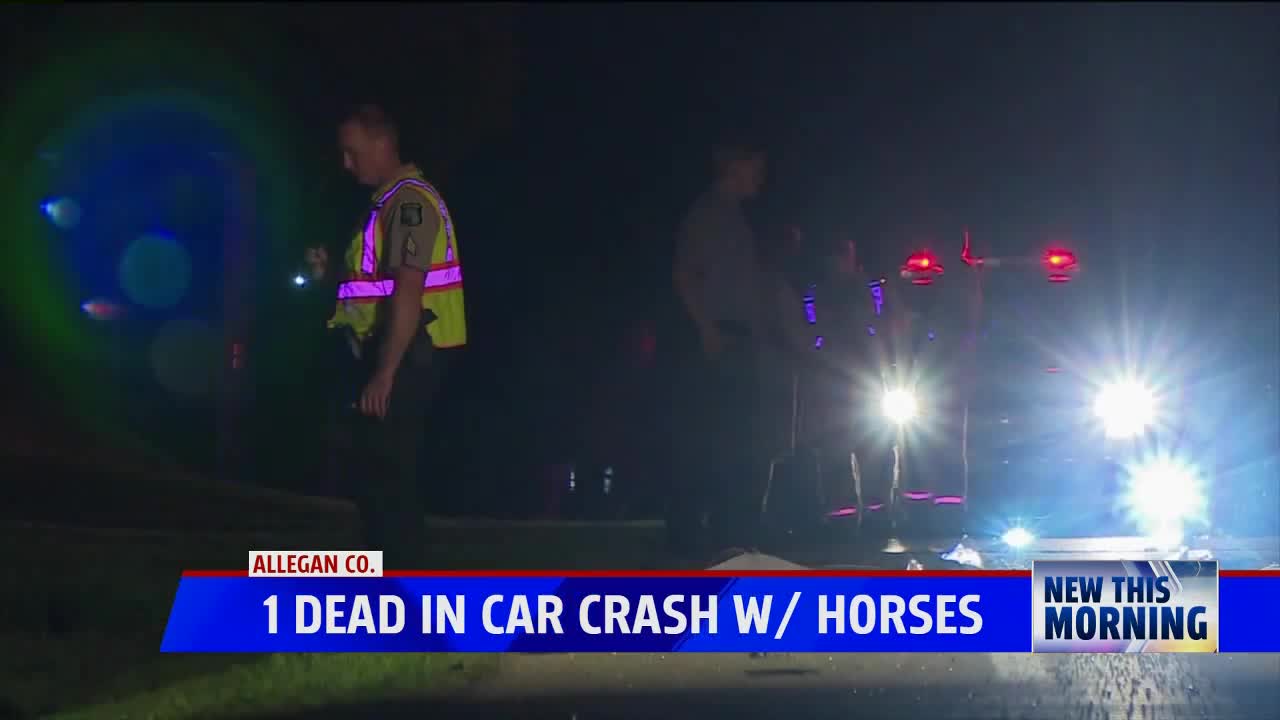 LEIGHTON TOWNSHIP, Mich. — 26-year-old Brittany Fender from Schoolcraft has died after a car crashed from behind as she was riding her horse in Leighton Township.

This happened before 9:30 p.m. on July 24, when deputies responded to reports of a passenger car hitting two horses on 146th Avenue near 9th Street, in the vicinity of Classic Coachworks Rod & Customs.

When authorities arrived, they found that three people were riding horses westbound when a car drove up from the rear, hitting two of the horses and riders.

Brittany was taken to a local hospital where she passed away due to injuries, while the other rider suffered only minor injuries and refused EMS treatment.

The driver of the car was a 22-year-old Byron Center woman, who remained uninjured.

Both horses that were struck died at the scene.

This is still an active investigation by the Allegan County Sheriff's Office.