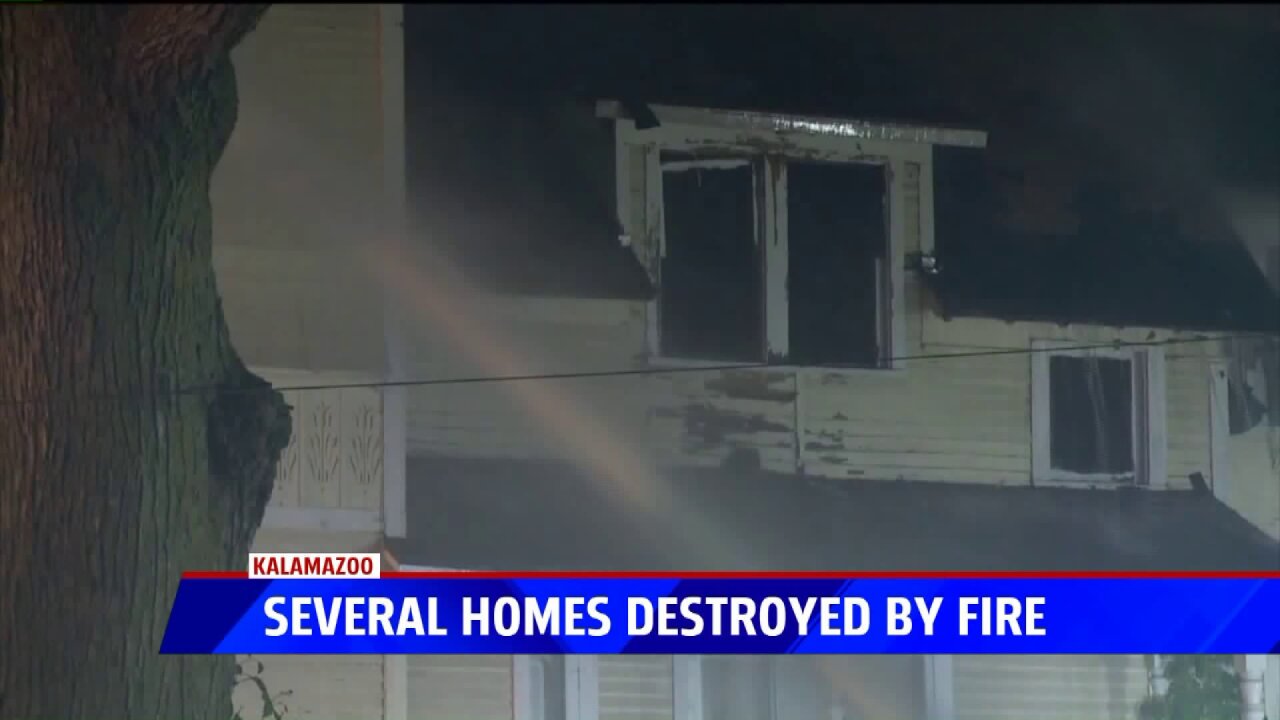 KALAMAZOO — Several homes in Kalamazoo were destroyed by fire.

it happened around 11;20 p.m.m near North Street and Woodward Avenue.

Three homes were burning when crews arrived and soon fire spread to a nearby home located on Staples. All of the homes sustained major damage, but police say all homes were vacant at the time of the fire.

The fire could be seen from several miles, but luckily no one was hurt.

No word on what caused it, but the fire marshal was brought in to investigate.