Residents not happy over possible rezoning near Kalamazoo nature preserve 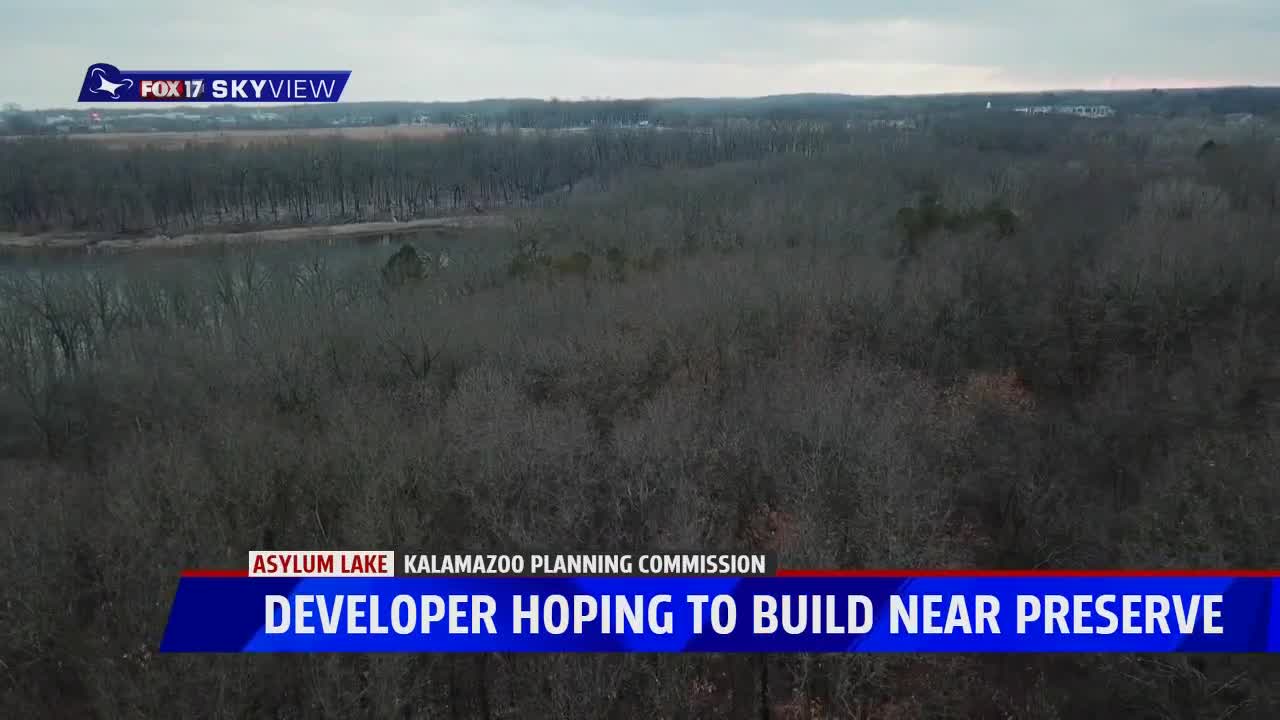 KALA,MAZOO — UPDATE: The Planning Commission voted not to recommend City Commission approve the developers request to rezone the property in an 8-1 vote. They voted to keep the natural feature preserve area 9-0.

A property near Asylum lake was the topic of discussion Tuesday night. A developer from Indiana wants to build a car wash on land he bought a few years ago, but that involves rezoning.

The developer says when he bought the property, he was given the impression by the city that it could be rezoned from residential to commercial in accordance with the city’s master plan.

Now there’s a new requirement, a natural feature preserve encompasses the property placing specific requirements on the land for development to keep and preserve the land by Asylum Lake.

The developer is asking to remove that requirement and many residents in attendance say that’s it’s not what they want for Kalamazoo.

“I am appalled by the very idea of this rezoning request being considered,” one resident said.

This is not the last step in the process. The planning commission hasn’t even handed down their recommendation to the city commission yet, that will come later.

“This is not what the public wants,” another person said during the meeting. “We’ve heard from the developer this is consistent with the public’s views. I think it’s pretty darn clear looking around this room, what the community of Kalamazoo wants.”