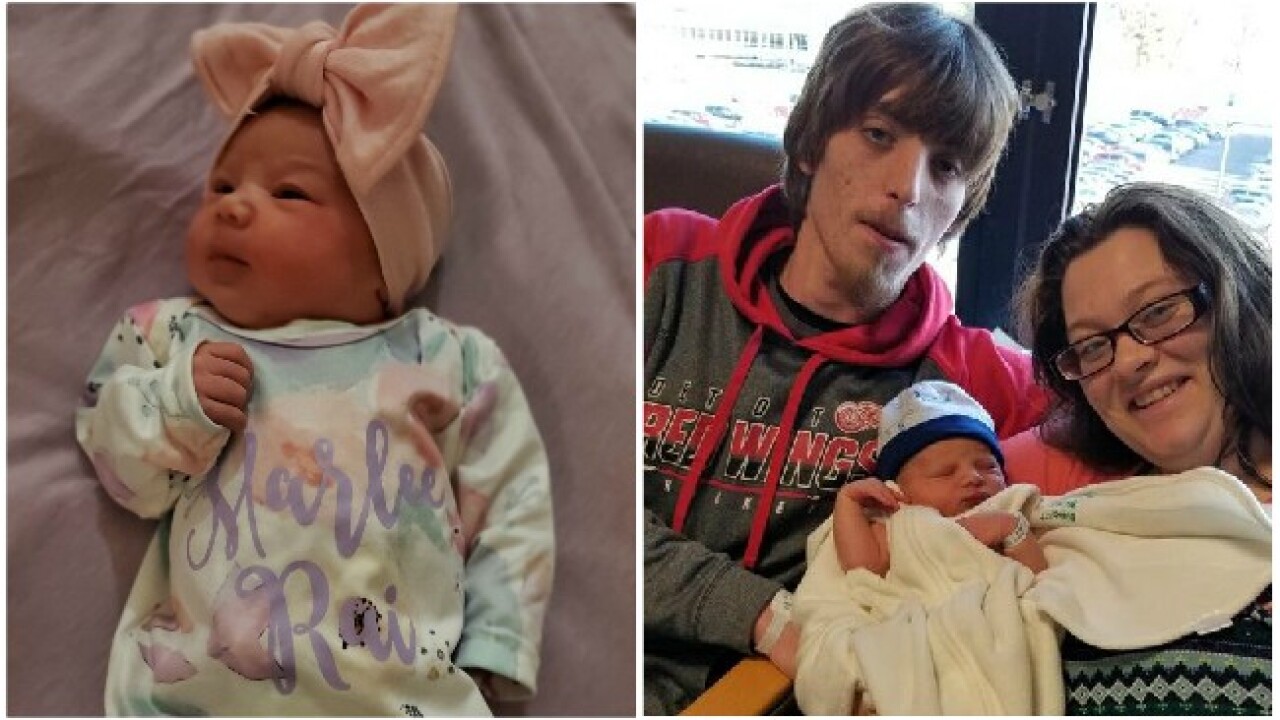 Copyright 2020 Scripps Media, Inc. All rights reserved. This material may not be published, broadcast, rewritten, or redistributed.
Photos of the first babies born at Bronson hospitals in 2020.

Bronson hospitals welcomed the first babies to be born in 2020 just hours after the clock stuck midnight on Wednesday.

In Kalamazoo, the first baby to arrive was Marlee Rai Wiitanen. She was born at 1:39 a.m. weighing 7 pounds, 13 ounces.

Marlee wasn’t due until Jan. 12, but her mother’s water broke on the way to a doctor’s appointment on New Year’s Eve.

“We were all so excited to have a New Year’s baby. My birthday is Dec. 29 and my son’s is Dec. 30, so we think she wanted her own day and her own year,” said Amberlee Wiitanen, Marlee’s mom.