"Black Lives Matter" mural in Kalamazoo repaired after being vandalized 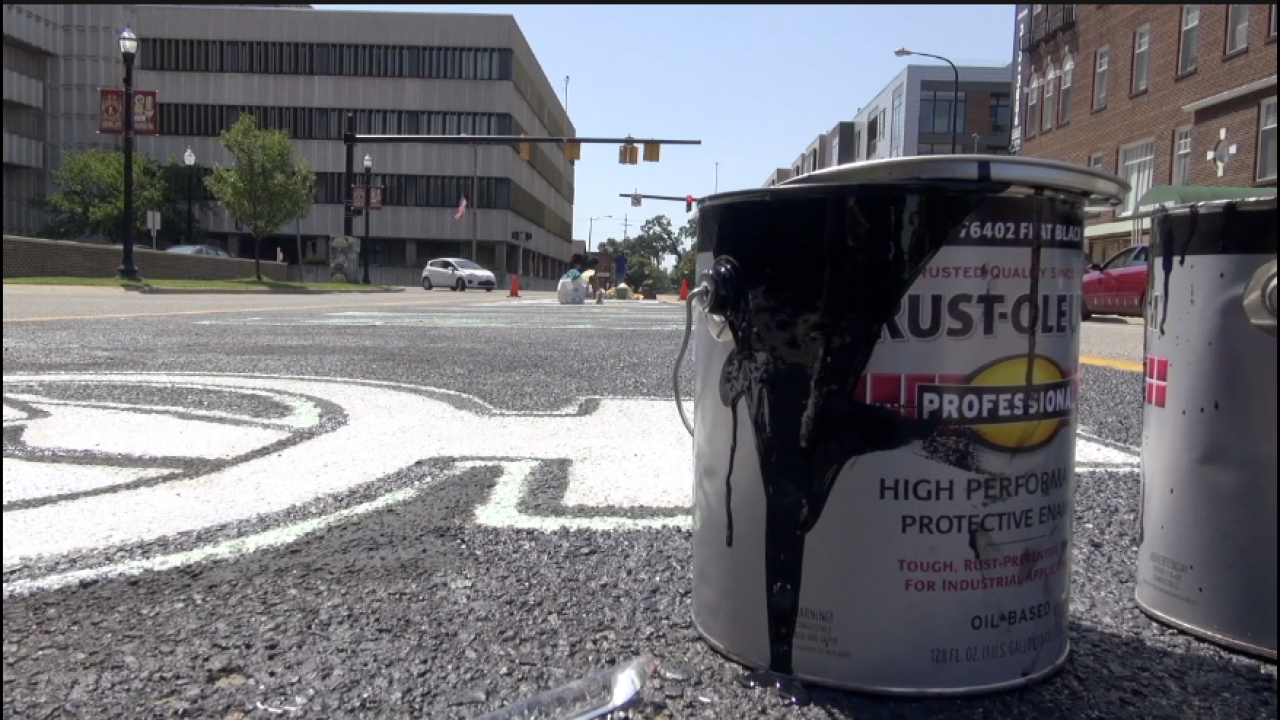 KALAMAZOO, Mich. — People in Kalamazoo came together Saturday and repaired the Black Lives Matter mural on Rose Street after someone vandalized it overnight Thursday.

Maya James and a handful of other Kalamazoo community members painted alongside one another.

It took just a few hours.

The incident is still under investigation by the Kalamazoo Department of Public Safety.

“We restored all of the letters back to the original artists’ work as close that we could and then we are just filling the background with black so that the white splatters aren’t there anymore,” said James, a local artist and activist.

In June local artists created the piece as part of a push for social justice and racial equality within the city.

“I’m not shocked at all that they’re coming after,” said James.

James says she helped repair an intersection in Schoolcraft after someone spray painted messages on it July, so after hearing about the latest act of vandalism, she knew she needed to do something.

“I’m an artists and an activist, so that’s my work,” said James. “My work is to do social change through art.”

She hopes this is the end of the damages, but says if it happens again, she’ll be back painting away the hate and instead brushing in a better future for Kalamazoo.

FOX17 reached out to KDPS for an update on the case, but we have not heard back at this time.