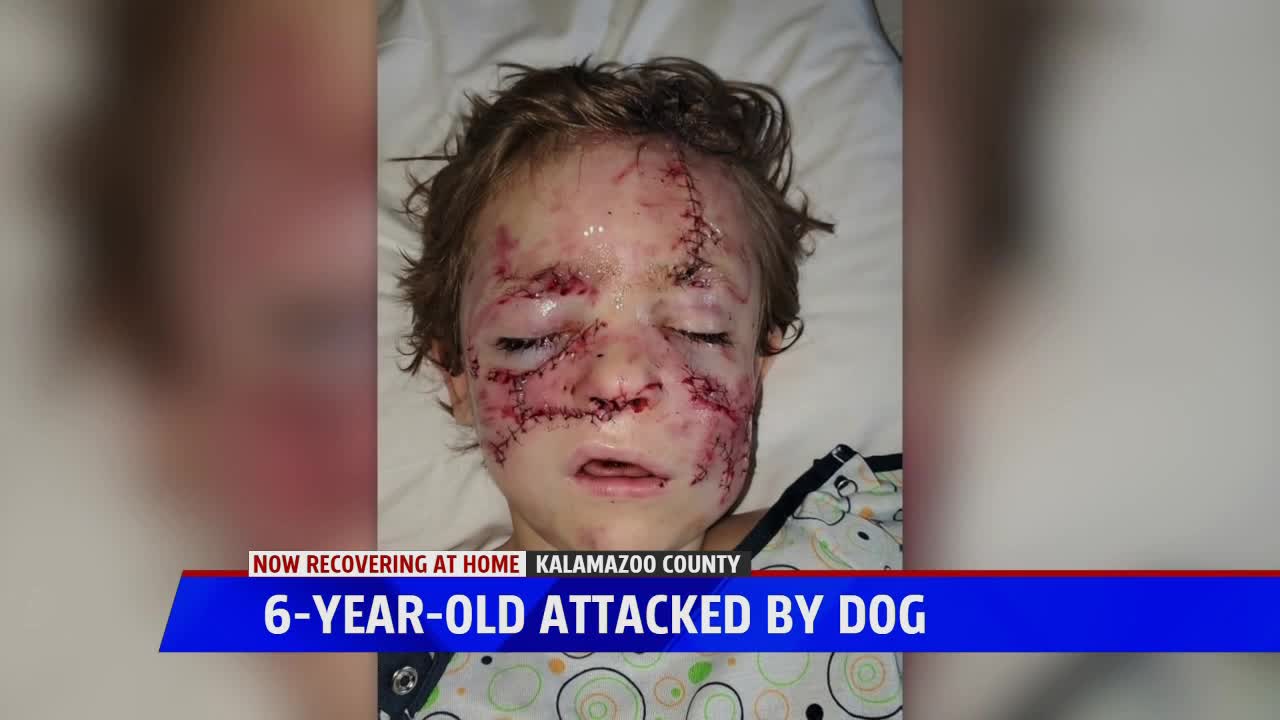 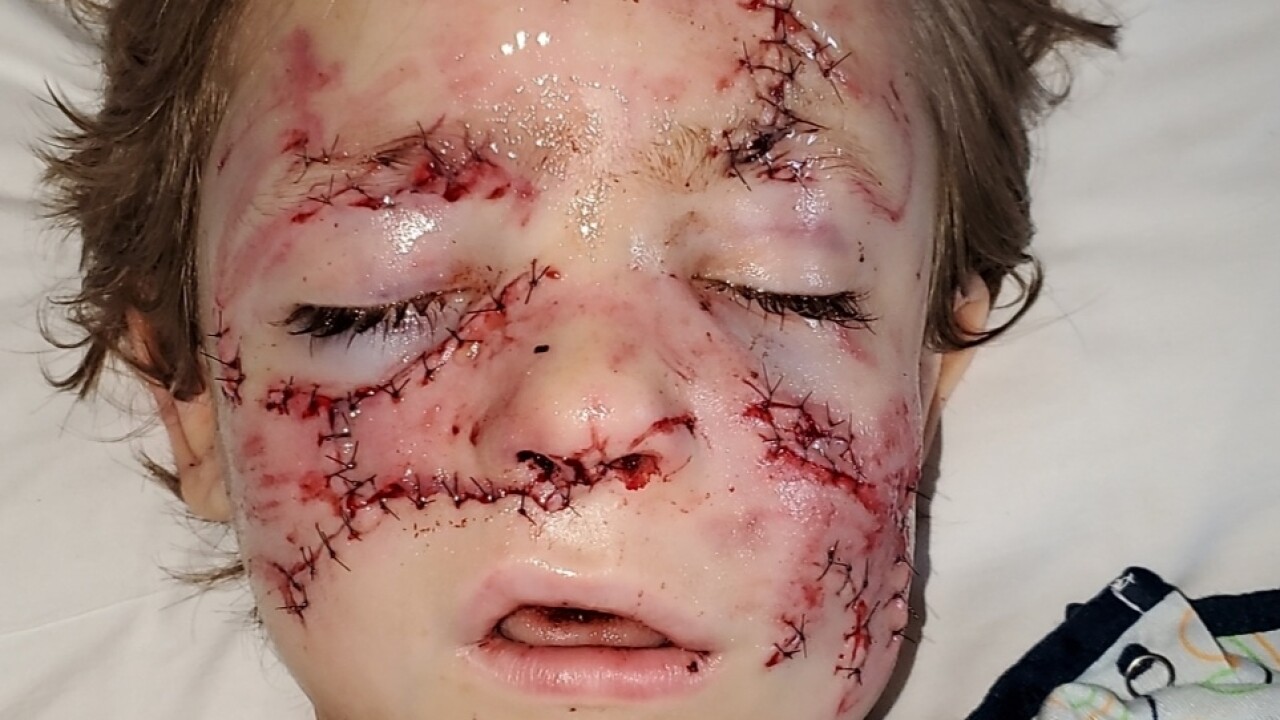 PLAINWELL, Mich. — Camdon Bozell has stitches covering his face, a broken nose, and a fractured skull after a dog attacked him on Saturday. He's just six years old.

“I got a phone call from the police, saying that he had been attacked by a dog, and was in an ambulance on his way to Bronson,” Camdon's mom, Tristin Lent said.

Cam had to ride in the ambulance all by himself because of COVID-19.

His mom says she was at work and Cam was at his paternal grandmother's house when the attack happened.

“Completely unprovoked. This dog has no history of aggression. He’s used to being around loud, obnoxious kids,” Lent said.

The dog was a pit bull. But Cam's mom says she doesn't blame the breed.

“I love pitbulls, I always have," Lent said.

“Now when people are asking what breed he was….I just don’t want to answer them. I know once I say it’s a pit bull…”

She says this is a reminder to all dog owners, that you never know what can happen.

“Literally within a second, the dog went for his face,” Lent said.

Kalamazoo County Animal Control is investigating the case, but would not comment further comment. They haven't issued any information on what the situation for the dog may be at this time.

The exact whereabouts and future for the dog are unknown at this time. There is no doubt about it, the road to recovery for Cam will be a long one.