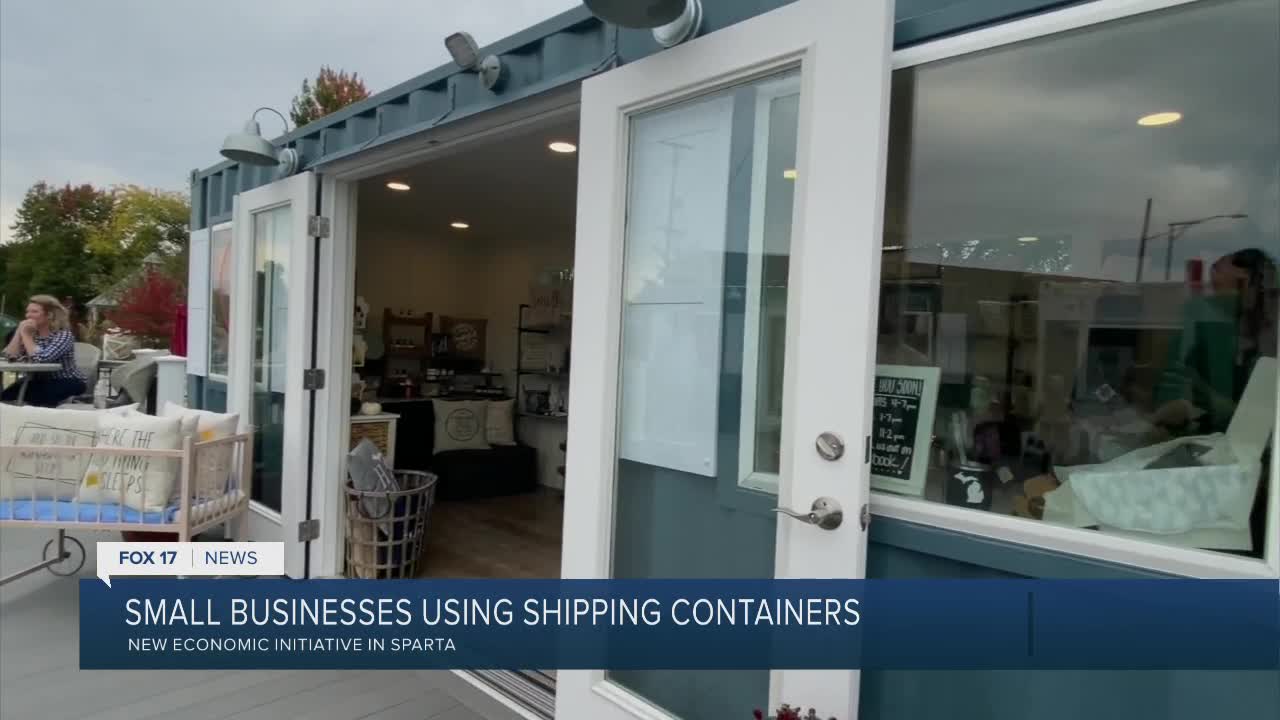 SPARTA, Mich. — The Village of Sparta is testing out a new idea and hoping it spurs economic development.

The business sells most of their products online, but recently moved into a 180-square foot, renovated shipping container.

“The feedback has been great, people love that it’s local makers,” said Pfeiffle, who estimates the store has seen 100 customers since they opened Sept. 17. “It’s been so fun to be a part of… something new, and growing.”

Kiki and Crew is one of four businesses operating in a space like it after the Village of Sporta and a private entity launched the initiative this month.

“We are finding these models all over Michigan and the United States to be fairly successful,” said Elizabeth Morse, Village of Sparta Downtown Development Authority and Chamber of Commerce director. “It’s set up, ready for a retailer to move in, they just need to bring the pieces that really make it their own.”

According to Morse, traditional brick and mortar stores are often too expensive for small start ups, especially in Sparta. Morse says the only available properties require a full building renovation.

Rent for the containers ranges between $250-450 per month.

“It allows a business to start up in a space with virtually low overhead and learn the market most importantly,” said Morse.

Over the past two years, Pfeiffle has looked into a permanent store, but decided it would be too risky. However, she calls the containers the perfect solution, allowing her to explore the idea in a way that’s better for her business.

“It’s very expensive and hard to do on kind of an Etsy type of budget,” said Pfeiffle. “Getting all the inventory to fill a whole shop or to fill a big space is kind of overwhelming and a lot of work especially when you don’t know how it’s going to turn out.”

The goal is for businesses to eventually open a traditional storefront near downtown, allowing other small businesses to move in, but also give locals and visitors a reason to stay in the area a bit longer.

Phase two of the project is still in the works, but Morse says there are 12 businesses on a wait list, leaving the possibility of an expansion.

“It’s creating that synergy of foot traffic,” said Morse. “Having all of those components is what we really think is the key to our success.”

“It’s a really, really unique fun idea,” said Pfeiffle. “We really just want to get people in here to check it out and see and to keep supporting local.”