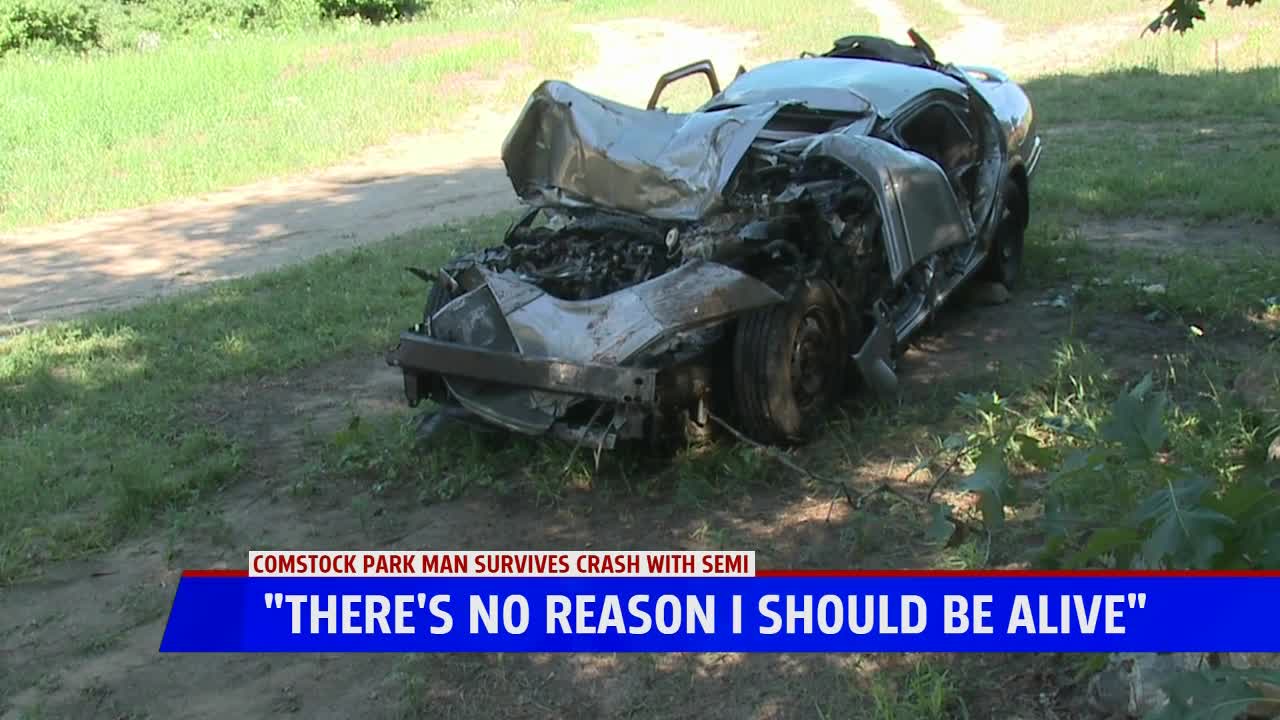 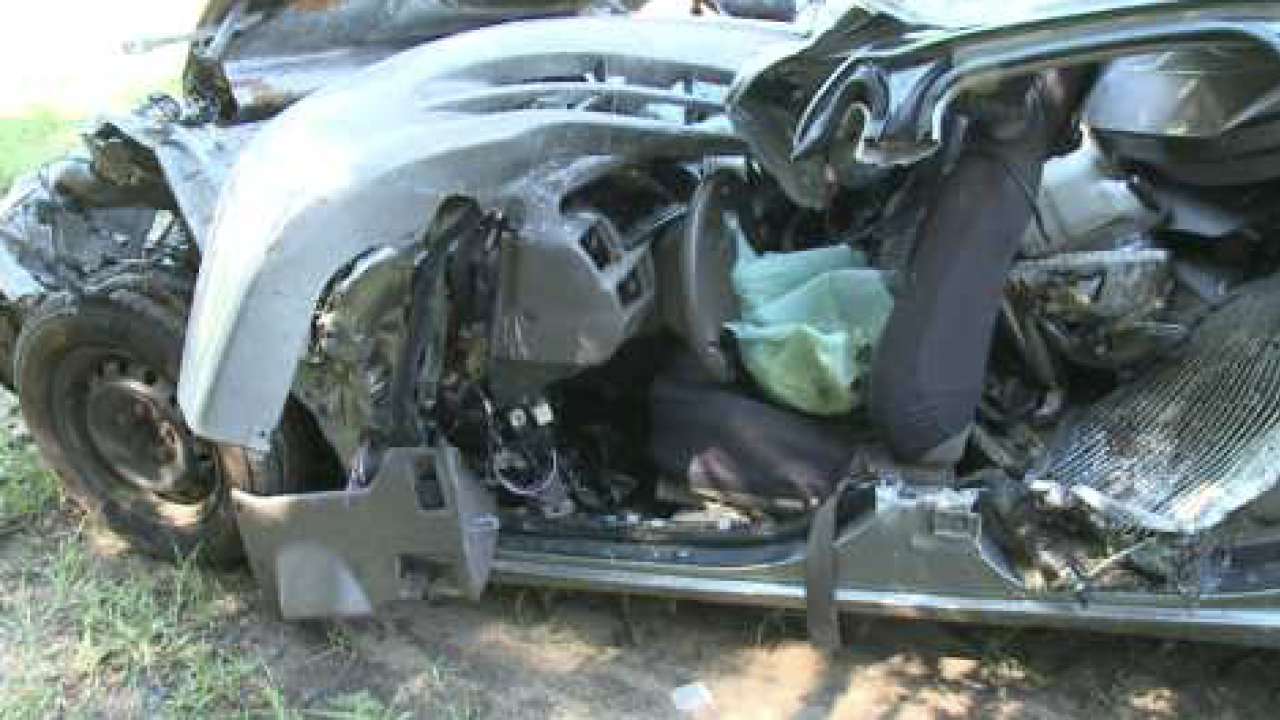 COMSTOCK PARK, Mich. — We often tell you stories about accidents on the freeway at FOX 17. Sometimes, they begin and end when the road opens back up. This is not one of those stories.

Don Rawson was in a bad car accident on July 20. He didn't stop when a truck hauling a trailer slowed down. He rammed into the back end of the trailer going 70mph.

“The ER workers came, the freeway was shut down for about 2 hours I guess. It took them about 30 minutes to use the Jaws of Life to get me out,” Don Rawson said.

Rawson is hurt pretty badly. He has a broken arm, sternum, ribs, and neck.

“Even right now, I can feel glass and debris rolling around my ear canal. They haven’t cleaned that out yet,” Rawson said.

He also has a concussion and the bleed on his brain.

Don doesn't remember what happened to cause the accident. He suspects maybe he got distracted.

“I understand that there were hardly any skid marks at the scene, and apparently I drove into the back of this trailer at 70 mph,” Rawson said.

He only remembers the sounds of first responders tearing apart the car to get him out.

“For a moment there, I was foolish enough to think that if they just cut the steering wheel off, I could weasel my way out of the car,” Rawson said.

There was no chance that would happen. Rawson was taken to Butterworth Hospital. He was in intensive care and the trauma unit.

“Things do happen. I have an excellent driving record. I have not had a citation of any kind for nearly 40 years. Not even a parking ticket. That doesn’t mean I’m a perfect driver. I’m not perfect. Things do happen though,” Rawson said.

Don takes responsibility for the accident. He hasn't gotten a ticket yet but says he's dead set on making things right.

“I’m assuming yes I’ll get a ticket. I should get a ticket. I don’t know if it’ll be for failure to stop…or what it will be. I might have to pay for that guy to get a new trailer if my auto insurance doesn’t cover it…I don’t know,” Rawson said.

Looking at Don, in comparison to what's left of his car, it's hard to believe he made it out alive.

“Logically, there’s no reason I should be alive,” Rawson said.

The reason for Rawson is beyond logic. It has everything to do with faith.

"It’s only due to the grace of God, his divine providence, and I’m convinced it had to be a supernatural act of God to save my life,”

Don's doctors say he should make a full recovery.

Don hopes in sharing his story, he can send a message to other people that are struggling too.

“The message is that somehow…my situation could encourage them. If they ever find themselves in a tragedy like this..which some people have..to really just slow down and see what is important to them.” Rawson said.