GRPD drops off special gifts for toddler shot in arm 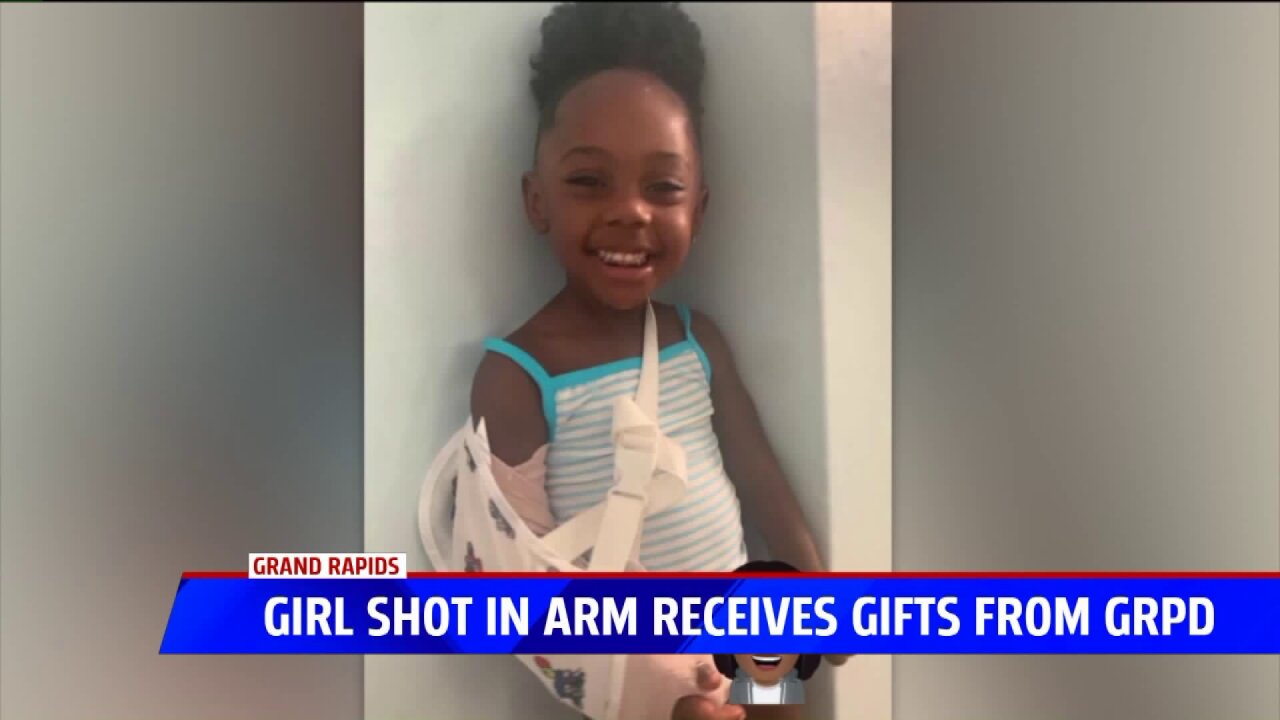 GRAND RAPIDS, Mich. — A two-year-old girl has some new toys to play with as she recovers from being shot in the arm last week.

The girl's grandmother, Chanel Malone, shared a post on Facebook, thanking Grand Rapids Police for the act of kindness. She posted a picture, saying several gifts, toys and "dolls that look like [Madison]" were dropped off to the little girl.

Malone said Madison was shot in the arm while riding in the car with her father July 16th, in the area of Union Ave and Burton.

"With her being two, she’s already acting as if she’s oblivious to – or so we think – to what has happened," Malone told FOX 17. "So I would hope that all is well, as far as when it comes to the progress that she’s making every day, and what we consider the future.”

Malone's post thanking GRPD for the kind act has garnered hundreds of likes and comments.

"It doesn’t go unnoticed in light of all that’s going on in the world, as it pertains to the police department as a whole, it was just good to see that they cared enough to do that," she said. "And they were very intentional with their gifts and so I certainly do appreciate the Grand Rapids Police Department".

GRPD later posted "We hope you have a speedy recovery Madison. You are a brave little girl!".

Police are still investigating the shooting.

Madison is expected to make a full recovery.