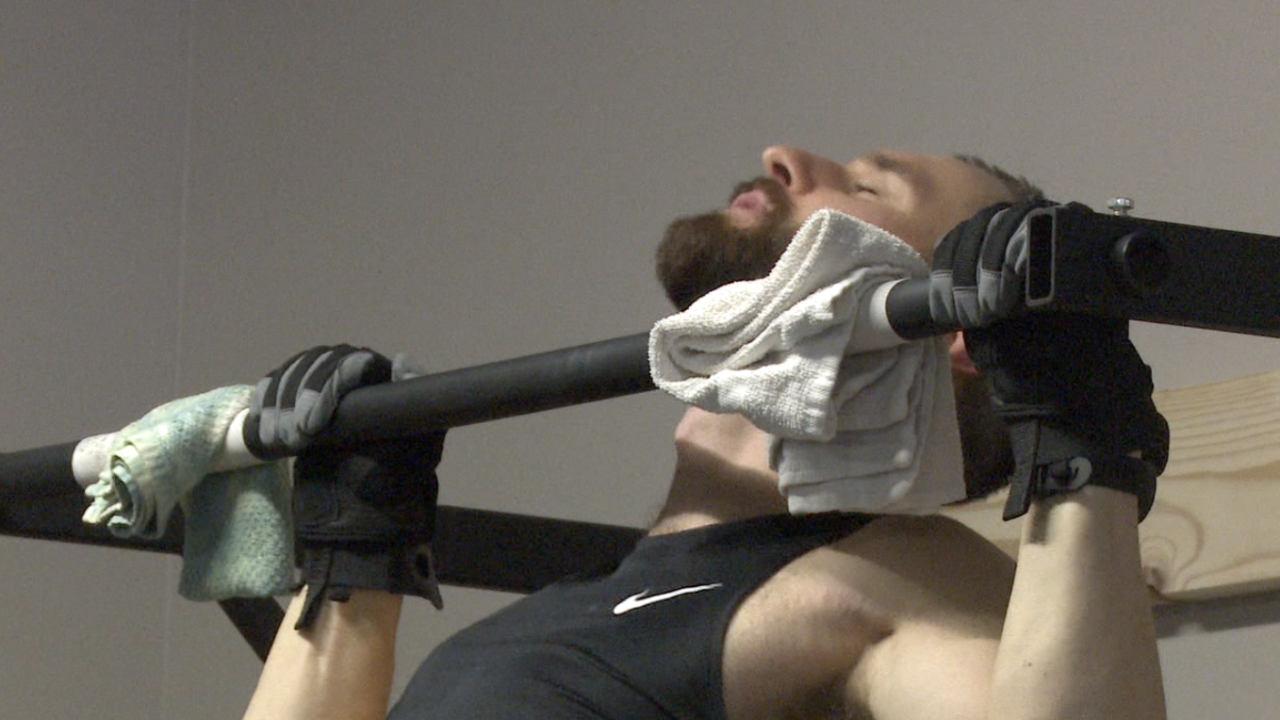 GRANDVILLE, Mich. — A man from Grandville set out the beat the 24-hour pull-up world record Saturday while simultaneously bringing awareness to a good cause.

Don Blight was inspired to challenge himself when the stay at home order temporarily closed his gym.

"When the lockdown was initiated, I knew my summer plans had changed." Blight wrote in his GoFundMe page. "All of the competition-based events that I signed up for were cancelled and I started to wonder what I was going to do."

With the run on home gym equipment, one of the only things left for Blight when he started was a pull-up bar. He began small, with 100 pull-ups. That initial goal grew to 500, then 1,000. Then Blight had a thought we've all toyed with but few have followed through; could he break the world record?

Guinness's current world record for most pull-ups by a man in 24 hours is 7,600, held by John Orth from Golden, Colorado, and achieved in 19.5 hours. Blight wants the record, but the ability to help others struggling with their mental health is near and dear to him.

"I decided to marry the two worlds of physical fitness and mental health," Blight wrote. Starting Saturday at 10 a.m. and going until Sunday at 10 a.m. Blight will be pushing himself to the brink of his physical abilities to reach his goal of 8,000 pull-ups.

The Mental Health Foundation of West Michigan will receive $1 for every pull-up he completes. As of 10 p.m. Saturday, Blight's GoFundme page has raised $7,140 in donations.

If you'd like to see Blight's attempt, the event is open to the public at Maximus Fitness, 3079 30th St SW, Grandville, MI 49418. Donations can be made on Blight's GoFundMe page.