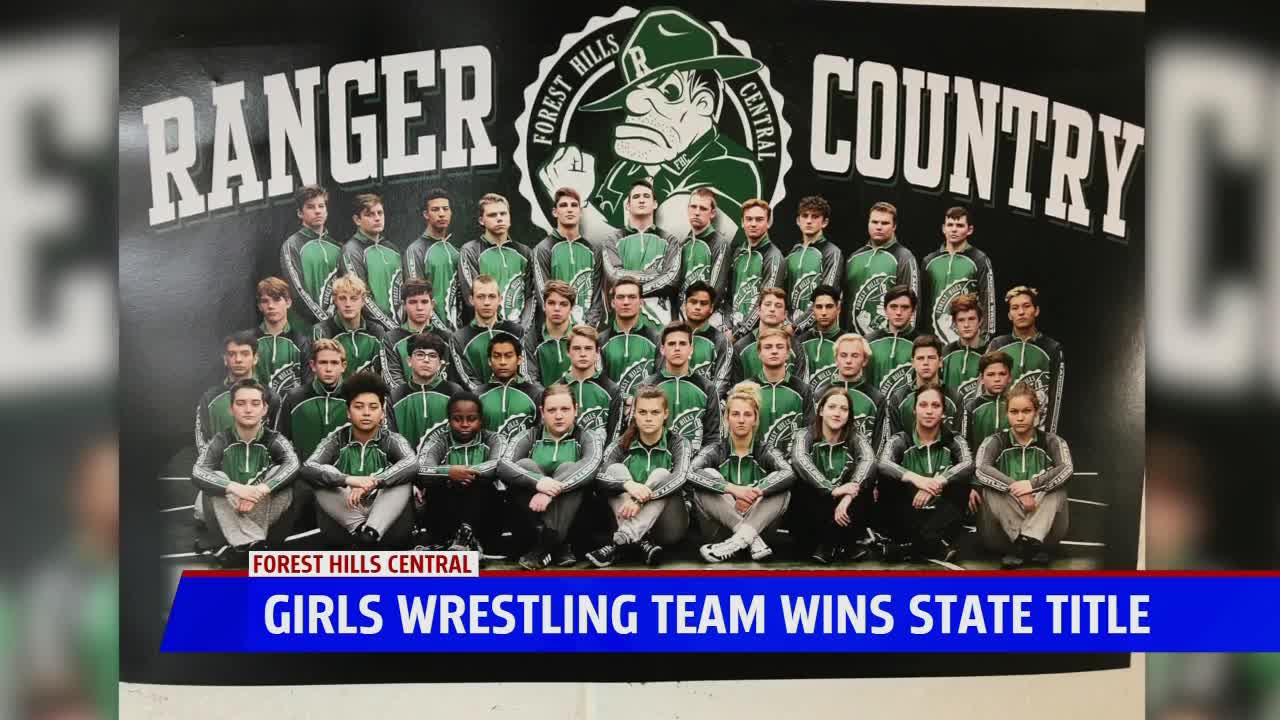 ADA TOWNSHIP, Mich. — It is a day that a group of nine girls would not mind repeating. The Forest Hills Central High Girls' Wrestling team won the state title, beating out 153 other teams across Michigan.

“It was a lot of hard work, a lot of dedication, time in the wrestling room, but it was really each other that got us to the state point. We really had to push each other and believe in each other the whole time,” said senior Hannah Becker.

The 2019-2020 season was just the second year for the program. After 8 girls came out for the inaugural season, the team saw 9 stick it out the whole way this past year.

"A lot of the schools on the west side that we compete against here, a lot of those programs had one, maybe two girls, maybe as high as four. We had the biggest number. So it’s growing in the schools. It’s been a little slow to catch on but I think after what happened this weekend, it’s gonna ignite and start to spread," said Rick Kacher, head coach of the girls' wrestling team.

The state title came down to the final match, with Sarah Schenck taking 3rd place in the 122 pound weight class. Her win gave the team just enough points to claim the team title.

"It was nerve-wracking but it was also kind of inspiring, almost, to see everybody in the same kind of situation, in the same environment, working for the same thing,” said Becker.

Becker is one of five seniors leaving the program. But she isn't done on the mat. She's planning to attend Davenport University and join their new women's wrestling squad in the fall.

Meanwhile the future of the program looks bright.

"We have close to a hundred kids in our youth wrestling program," said Brad Anderson, head coach of the boys' varsity wrestling team, "It’s just ben making the sport more fun and showing that there’s opportunities for young ladies and boys. My two girls who are eight and six, participate and my six year old will have her first scrimmage match tonight in this room."