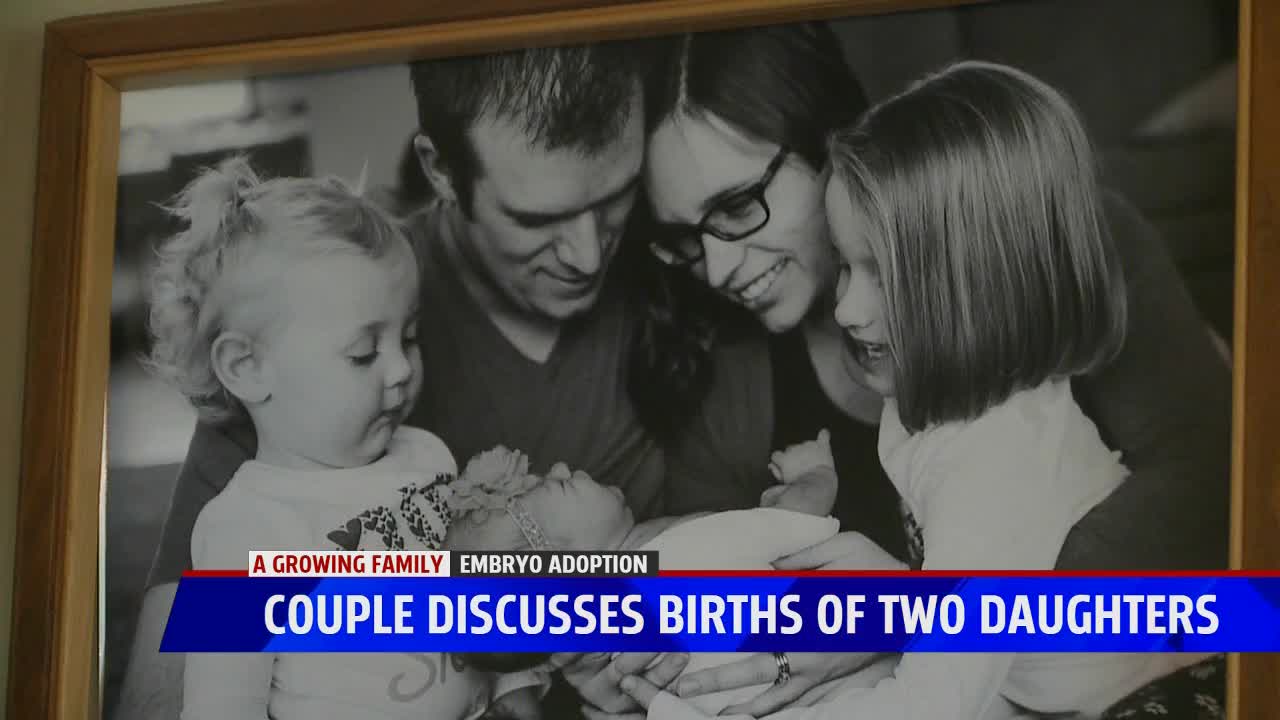 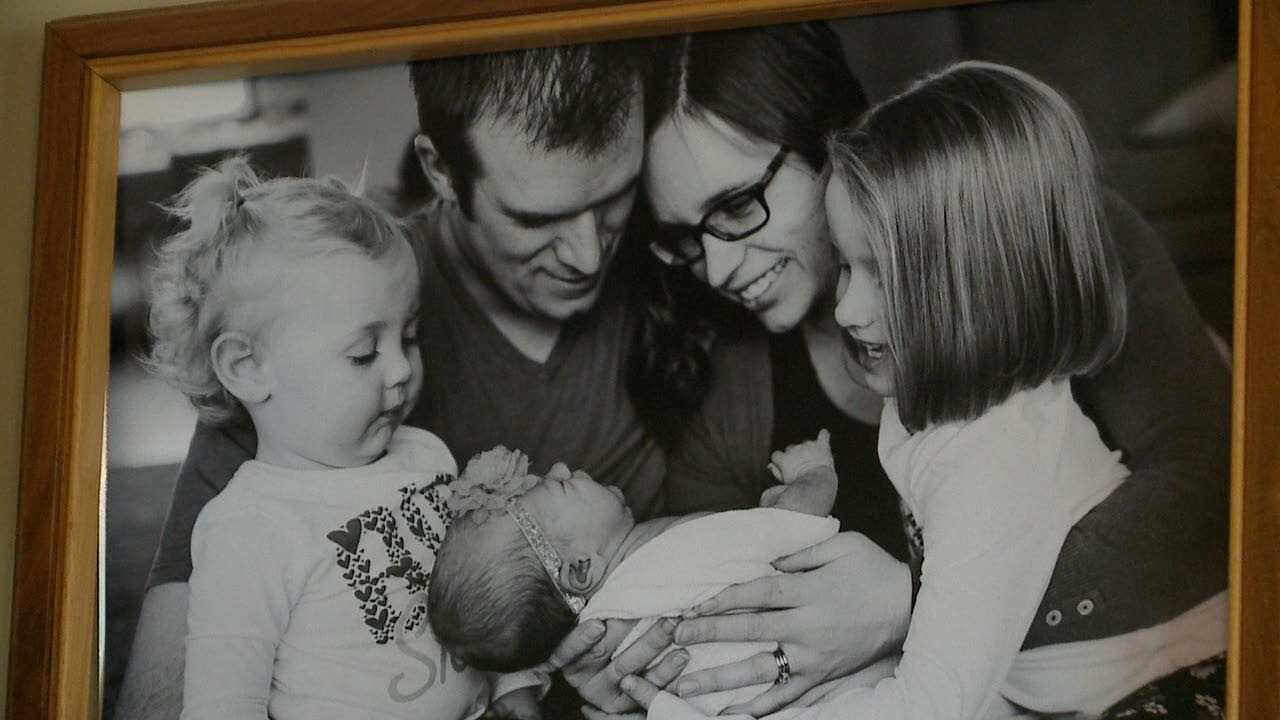 CUTLERVILLE, Mich. — Chad and Stacy Dykstra always knew they wanted to be parents, but didn't know how they would build their family.

"We did a lot of praying about it, we knew we wanted to have kids, and it was made clear that we weren't going to be able to do it biologically, so we looked for other options," Chad told FOX 17 News.

The first option they tried was domestic adoption. Through Bethany Christian Services, they were able to add now 5-year-old Emma to the family.

Still, they longed for more children. They attempted a second adoption, but kept hitting roadblocks.

"Things just weren't lining up as much, and then we heard on the radio about embryo adoption," explained Stacy.

The ad was for the National Fertility Support Center in Grand Rapids, which eventually led them to the National Embryo Donation Center (NEDC) in Knoxville, Tennessee.

Countless parents who've undergone in-vitro fertilization (IVF) have turned to the NEDC to donate their extra embryos, rather than destroying them once their family is complete.

The Dykstra's felt it was the next best option to add on to their family.

"We just felt God leading us that way, and it really went well for us," said Chad. "It's crazy, definitely a miracle, there's really no better way to describe that."

In 2018, they welcomed Kaylee to the family. She had been frozen for 11 years.

This February, they added her biological sibling, Josie-- after being frozen 13 years.

"It's kind of mind-blowing to think that they've been around for ten plus years each," said Stacy. "And to think we've been married for ten years so they were created around the time we got married."

The chance to experience pregnancy and give an embryo a chance at life was a "win-win" for Stacy.

"Just being able to carry a pregnancy and adopt a child, it's kind of, you get both spectrums and it's just an amazing way to complete your family," she said.

When it's time, Chad and Stacy say they won't shy away from telling their girls how they came to be.

"We find that adoption is going to be a part of our lives forever, and so we're going to talk about it with our girls so that they know about it as well," Chad told FOX 17 News. "We love all the adoptions that we had."

The couple still has two embryos remaining and hope to be able to add another sibling in the future.