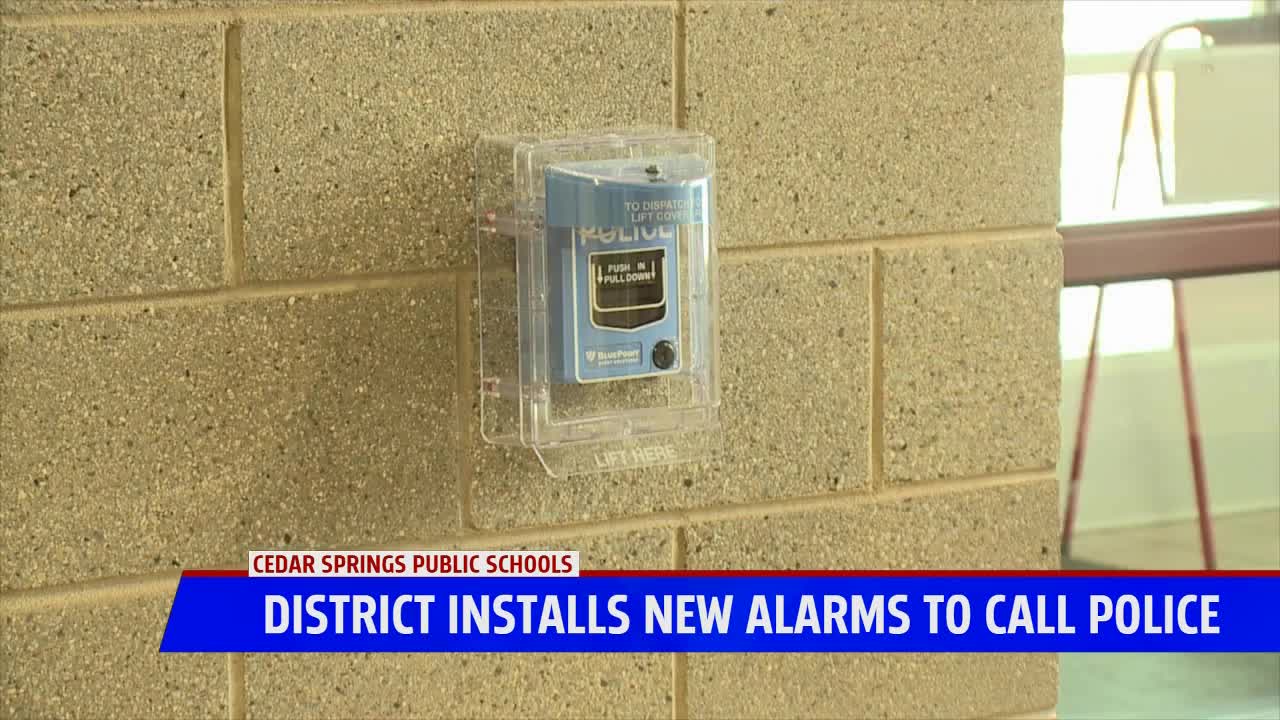 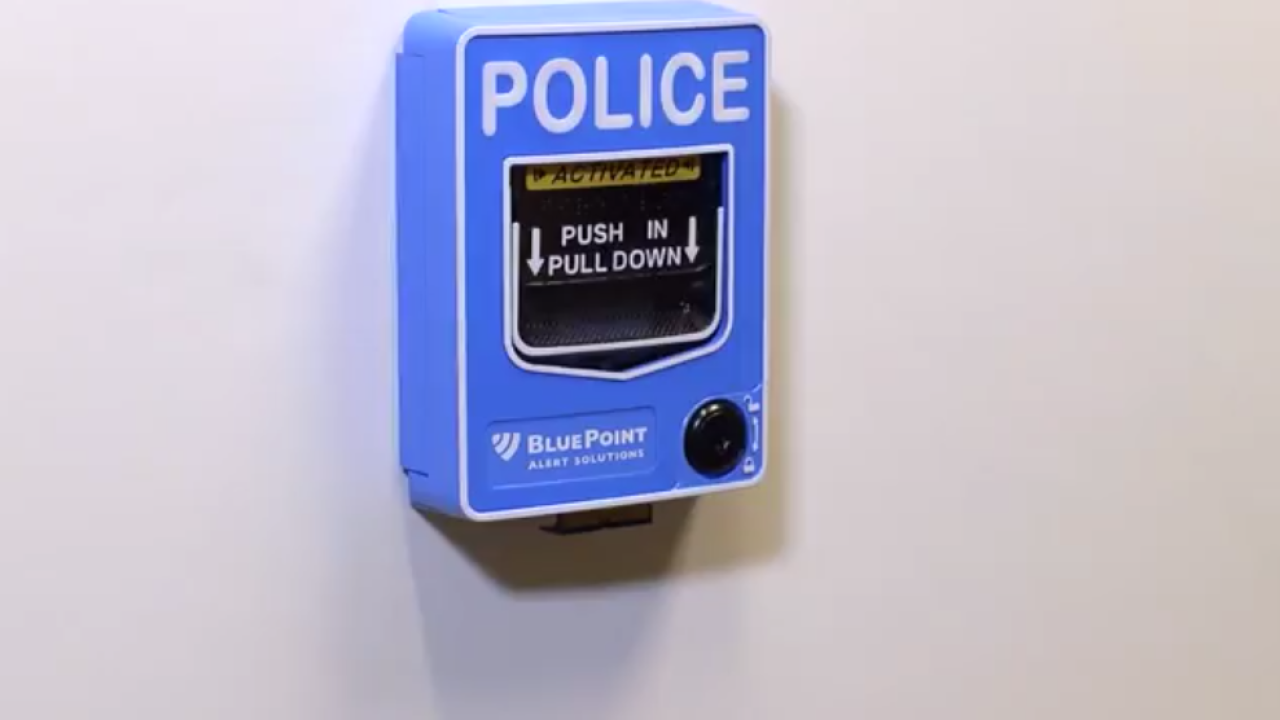 CEDAR SPRINGS, Mich. — Schools in Cedar Springs are now equipped with a new security alarm system that will allow staff and students to notify police of an emergency with just the pull of a lever on the wall.

Although it's every parent's worst nightmare, a shooting inside their child's school, Cedar Springs is working to have a several lines of protection in place just in case.

Director of facility operations at the district, Ken Simon, spoke to FOX 17 Monday about their massive security upgrade.

“Heaven forbid we ever have it happen here, but what helps reduce the number of lives taken, and what happens, is the response time from the police," he said.

The Blue Point alert system looks and functions like a standard fire-pull alert panel. Once activated, a system of blue lights and loud noises quickly alerts staff and students inside the building to an imminent threat. The system also locks down the building, locking inside doors. A call center is notified and first responders are alerted with whatever info is so far available so they can respond. The system allows those with access to text and call school staff and police with just a few buttons.

“We’re feeling very positive about this. It's hard to think about something in a positive manner when it's a worse case scenario, but it's something we have to live with these days,” Simon said Monday.

Thanks in part to a Michigan State Police grant, the Blue Point alert system was just recently installed in the district's buildings. Testing with the Kent County dispatch center was completed last week.

Simon said he hopes the worse case scenarios can be avoided with widespread usage of a system like Blue Point. “If you compare it to a fire alarm, we’ve had drills for years and it has been over 50 years since we’ve had a fatality in a school fire. And so we’re just trying to get this so we can keep this on the same level as we do with that.”

According to the National Fire Protection Association, there have not been any major fatal school fires in the United States since 1954. The hope is that a more standardized system of alerting the police would help reduce the severity of shootings when they do happen in a school setting.

You can visit the company's website for more information about how the system works.