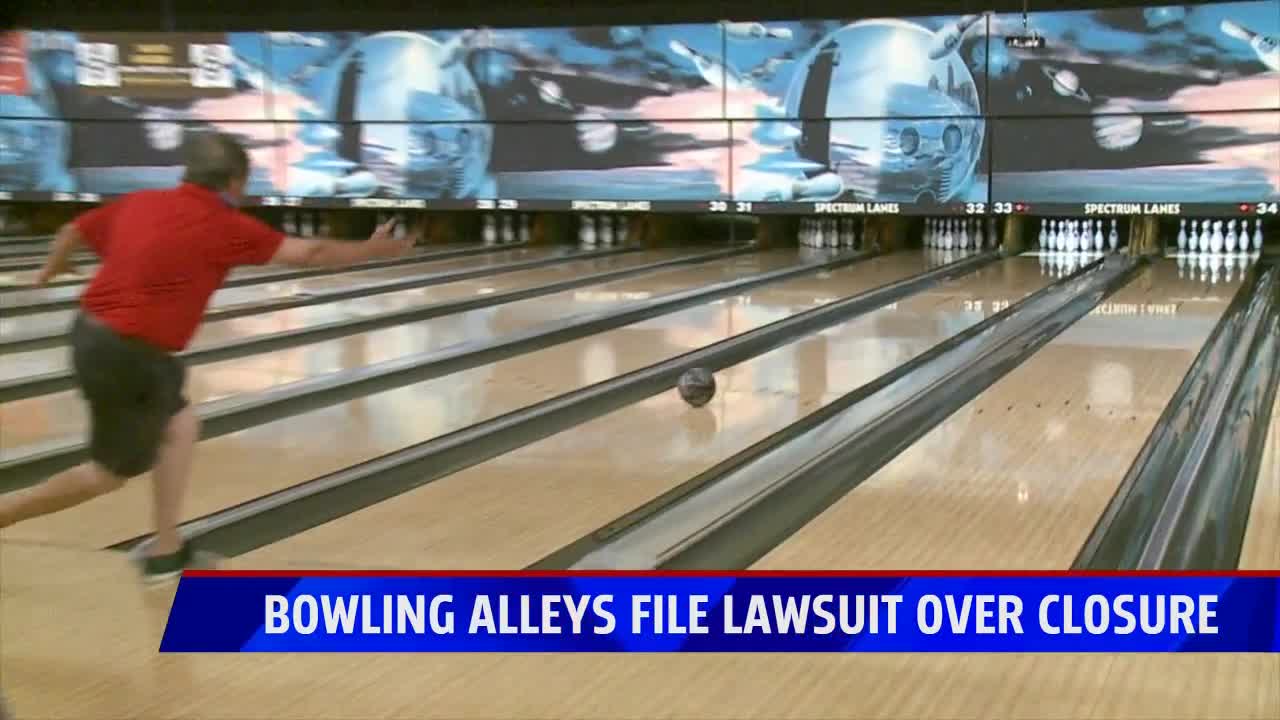 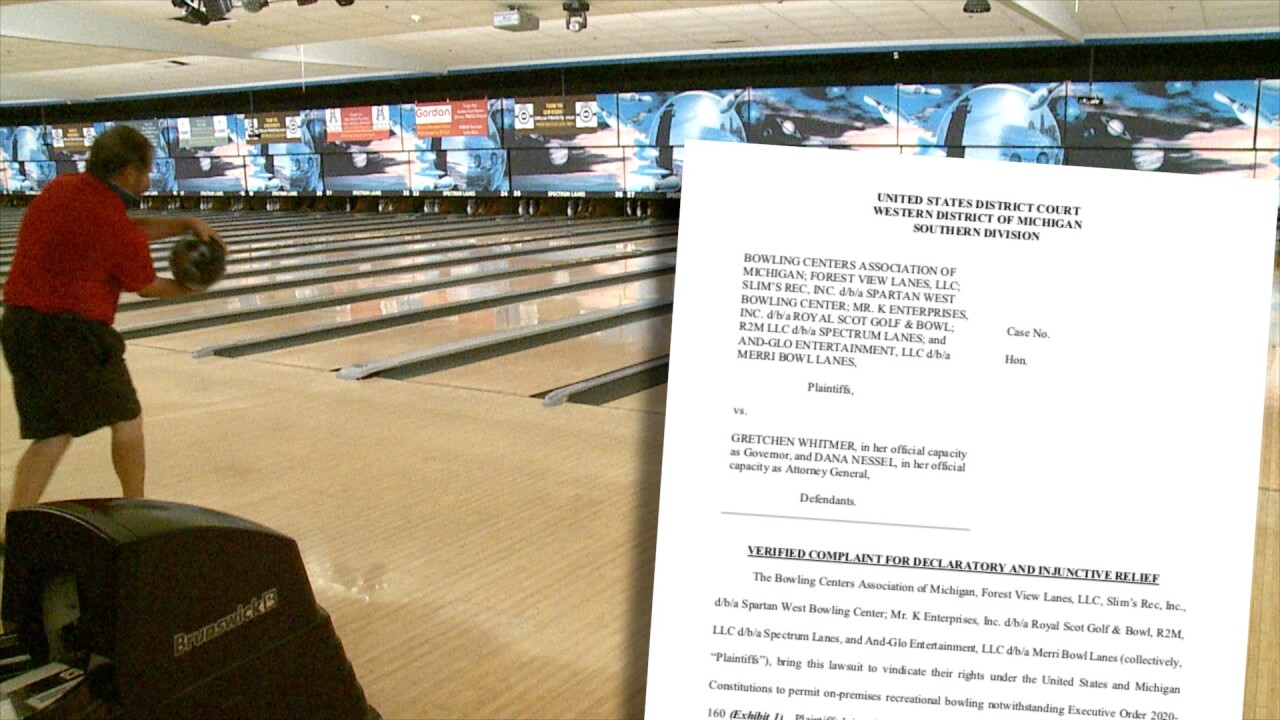 WYOMING, Mich. — Bowling alley owners from across the state have filed a lawsuit against Governor Whitmer and Attorney General Nessel seeking the ability to open back up in some capacity.

The lawsuit, filed August 6 in the US District Court of Michigan's Western District, asks the court for an emergency preliminary injunction that allows them to immediately reopen for business.

"The biggest challenge that we have right now is the fact that we're getting no response from the administration of one, why we're closed, and two, what can we do to reopen," said Bo Goergen, executive director of Bowling Centers Association of Michigan.

In addition to the lawsuit filed last week, the association also organized a rally in front of the state capitol on Wednesday in support of their efforts.

“We’re not asking you to let us have 1,000 people in here right away, but we can control the spacing and let us utilize part of our business to the best of our ability in a safe manner,” said Ron Eaton, a co-owner of Spectrum Lanes in Wyoming.

Spectrum Lanes just debuted a 7 million dollar upgrade to their entertainment complex at the end of 2019. They now have a total of 52 lanes within the building.

"We have plenty of space, we can socially distance people," Eaton told FOX 17 Wednesday.

“Unfortunately, that left us a little weak in surviving a long term downturn like this," Eaton said.

While bars and restaurants have been able to open in some capacity, bowling alleys are being grouped in with other sorts of entertainment centers in the Governor's orders. Because of this, lanes have remained empty since the beginning of the pandemic.

“We’re trying to get Governor Whitmer to look at bowling as something separate. Carve it out of the industry we’ve been lumped into and say bowling is unique in that industry, in that they can, very easily in fact, control distancing," Eaton said.

Spectrum has had to let go the majority of their 80 staff members, keeping on just enough to keep the restaurant portion of their complex functioning.

Michigan is currently 1 of just 5 states in the country barring bowling alleys from opening. Eaton says this is just pushing business elsewhere.

“We have people that are regular bowlers here, they go to Indiana, Ohio, Illinois every single weekend for tournaments or to bowl,” Eaton said.

“Just give us a list of restrictions that they think are best, and also, we'll probably add some of our own because we want to be safe as well.”

FOX 17 reached out to Governor Whitmer's office for comment regarding the status of bowling alleys. Her press secretary Tiffany Brown said in part:

"Governor Whitmer is continuing to monitor cases and make decisions based on the best data and science. As she has said all along, she will adjust as necessary when it comes to reengaging Michigan’s economy safely.”