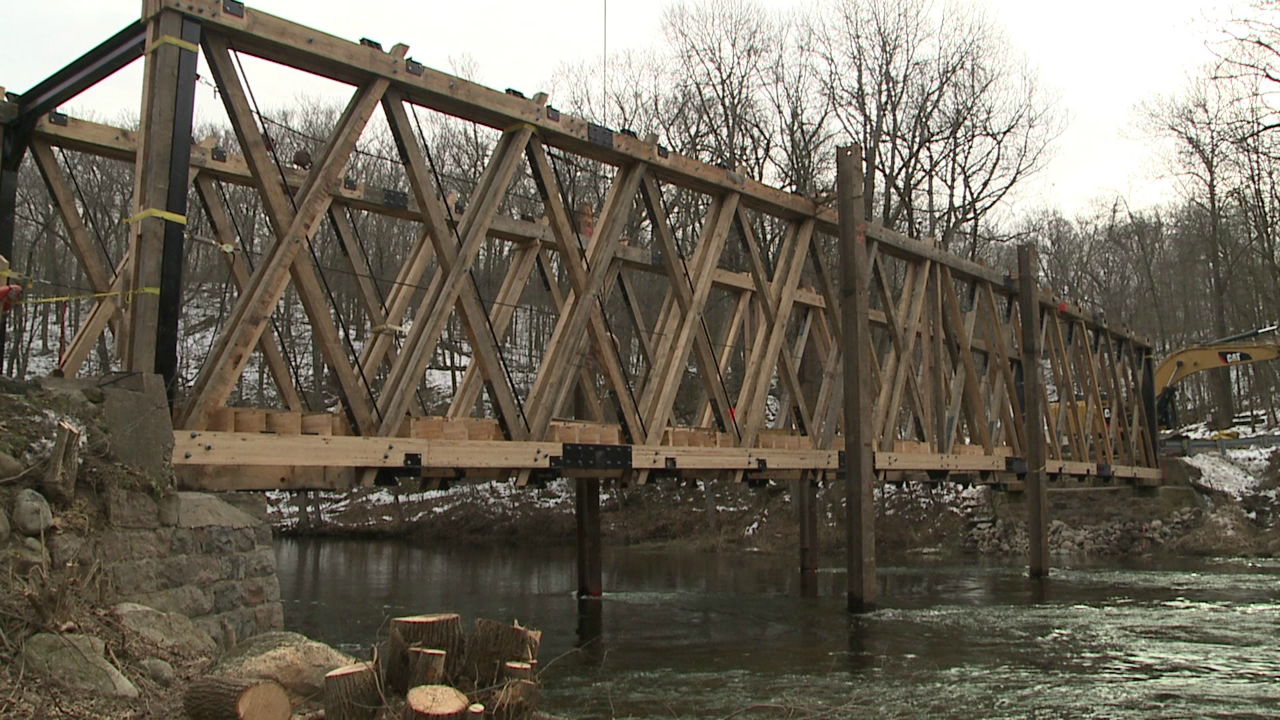 The historical bridge rose from the ashes after being set on fire in 2013 and is now almost ready for traffic thanks to several people who helped make it happen.

Tom Byle, the president of the Whites Bridge Historical Society, says it has been a long, but worthwhile journey.

“It feels good, we’re getting close to having the bridge open to traffic,” Byle said.

The journey started when the bridge was built in the 1860s.

“In the 1940s they were all strengthened with iron truss rods, but otherwise, yeah, what was there had been there for 140, 150 years,’ Byle said.

With just the one round of major improvements made 80 years ago, the structure did its job until it was set on fire in July 2013.

“Somebody put an accelerant on it and lit the accelerant,” Byle said. “It burned, burned long and it burned hard. There was very little of the bridge left.”

For years, Byle and others have been working to raise money to reconstruct the bridge.

“They say it takes a village to educate a child. Well it took a team to get this bridge rebuilt,” he said.

The construction contract ended up costing just over $600,000. Work started in September and is expected to be completed on July 3.

“It was kind of almost anti-climactic,” Byle said. “We started construction, started cutting and fitting and the trusses are laying on the ground, and they finished one and we got the second one almost finished, then the day they set them up and set them in place.

Over $300,000 of the project came from the Michigan Department of Transportation’s bridge fund.