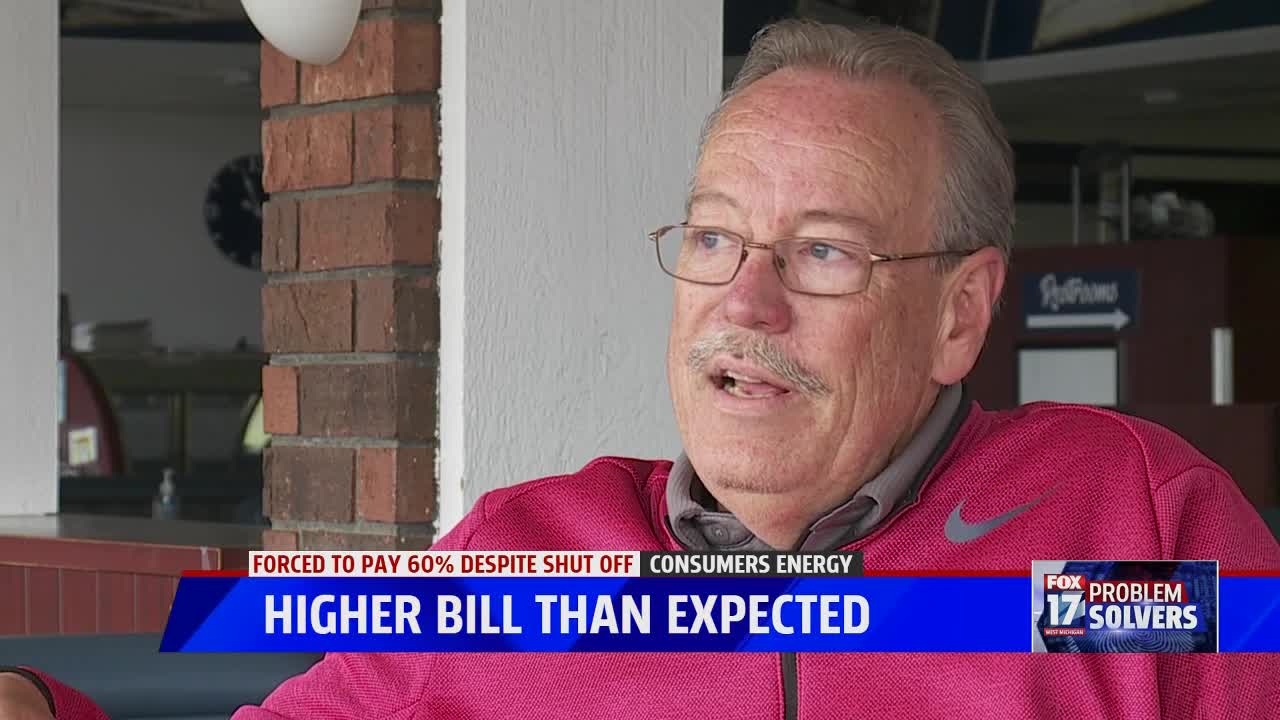 A restaurant owner who disconnected all the electrical equipment in his business was surprised to find he spent hundreds of dollars for electricity he didn't use.

Steve TerMerr has owned Southside Restaurant in Ionia since 1992, originally owned as a Big Boy Restaurant. Since starting the business, he has received his gas and electric through Consumer's Energy.

After Governor Whitmer issued the stay-at-home order, TerMeer shut down his restaurant. At the time, he also disconnected any electrical equipment.

"Some pilot lights go on and some odds and ends," said TerMeer. "Like I said, the furnaces are shut off, and I think I have running a compressor for a freezer to save some of my product."

Last week, TerMeer received his gas and electric bill through Consumer's Energy, shocked to find it was much higher than expected after he took the necessary steps to reduce costs. Originally, TerMeer did not expect his bill to exceed $400.

"I got the gas portion because in this area we have consumers billed together. It was $159. I was real happy with that that," said TerMeer. "I opened the electric portion of the bill that comes separate, and it was $1,200 dollars. And I, you know, obviously I looked at the usage dates, and all 30 days that were billed were days that we were closed."

TerMeer called Consumer's Energy the next business day, hoping to sort out the mistake. Instead, he learned he was responsible for paying 60% of his average electrical cost regardless of usage. With his typical bill amounting to $2,000, the amount he was billed comes to almost exactly to 60%.

"And I said, 'Even during times like this when the governor shuts us down and I'm not open for business?'" said TerMeer. "She said, 'Yeah, sorry.'"

Customer service offered to spread the bill out over the next 12 months, adding an additional $100 per month.

TerMeer says he would like to work with the utility company to pay the flat rate for the electrical power he actually used.

When FOX 17 reached out to Consumer's Energy about TerMeer's problem, we received this statement:

"Our Customer Care and Business Center representatives have been in contact with Mr. Termeer.
The issue is related to our electrical rate structure. The electric rate this customer has been on made economic sense for him during normal operations. We understand everything has changed with COVID-19 and we are working with him and others on bill payment arrangements. We’re also investigating a different electric rate given his reduced electric usage. He has been presented with this information and we will continue to work with him on a solution."

Consumer's also added that the electrical rate structure has saved TerMeer around $2,500 over the course of the past year.