Woman suffers from rare condition, making her seasick on land 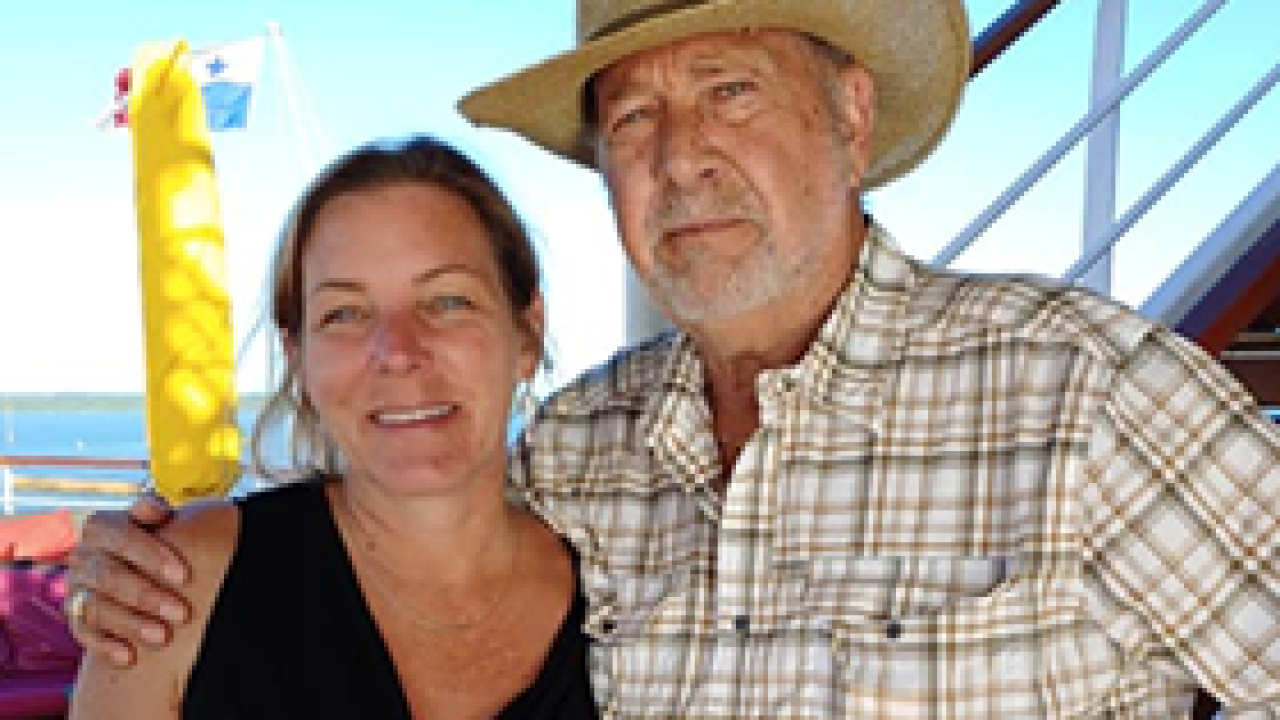 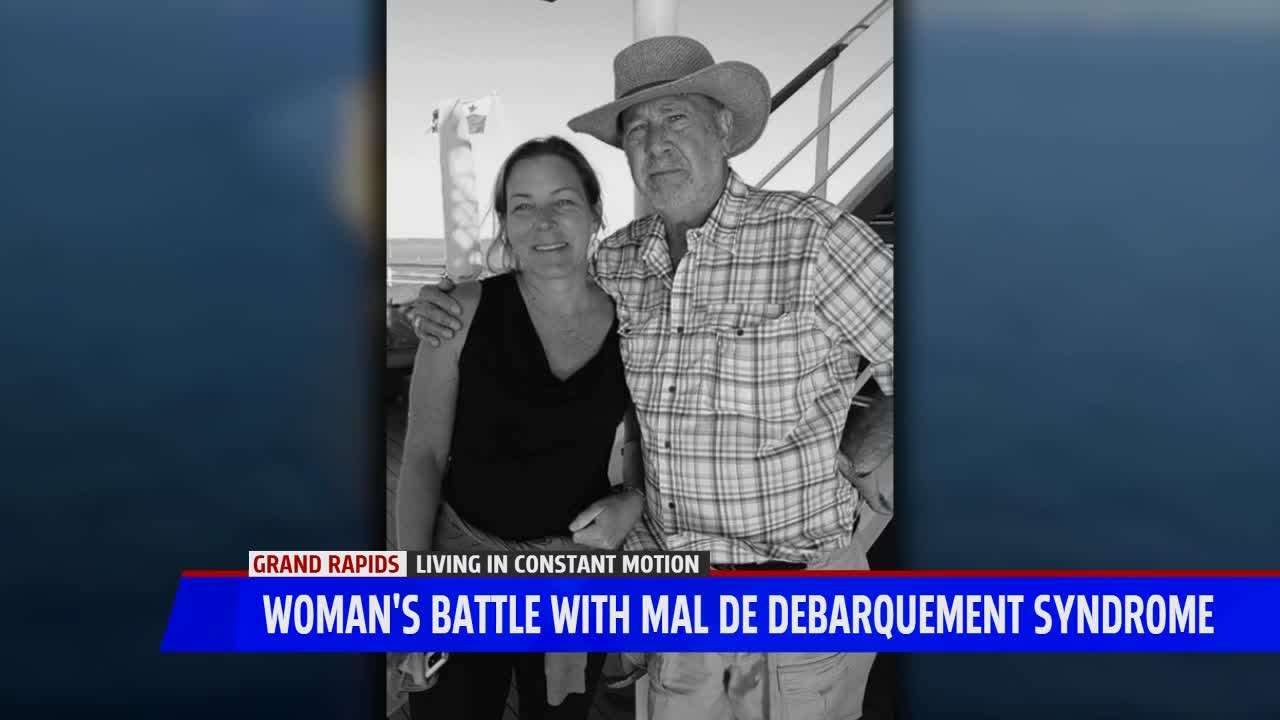 GRAND RAPIDS, Mich. — A woman from Grand Rapids took a cruise to the Caribbean back in October, but when her body stepped off the boat, her mind didn’t come with her. She has been seasick ever since stepping foot back on dry land.

“The feeling is like somebody actually has you by the arm and is pulling you in a direction,” she said. “I’m constantly swaying, unless I’m in a rocking chair, but if I stand up you can see me moving.”

The last time Martin says she felt normal was on the cruise ship. She says she and her family had a wonderful time on their seven-day cruise. She had to take pills for seasickness while she was on the boat, but other than that she felt OK.

She started to feel sick when she got off the boat to go home.

“We got off the boat on Saturday morning, flew back to Michigan, and by Sunday evening I felt I was very tired those two days, but I thought that was kind of from being on vacation,” she said. “But by Sunday night I couldn’t stand up, I was falling and I didn’t know what was wrong with me. It was scary.”

Her doctor sent her to the emergency room, where they thought she had a stroke.

“They thought I had a stroke because I couldn’t remember anything. It was like everything was on my left side,” Martin said.

“They said it was Mal de Debarquement Syndrome and I was like, 'What is that?'”

MDDS is a condition that makes people feel like they’re constantly rocking, swaying or bobbing.

Dr. Mike Hojnacki, a clinical audiologist with the Spectrum Health Balance Center, says that this rare syndrome normally comes to fruition after someone has been on a boat, plane or another form of travel.

“It’s typically sustained after someone encounters long-distance travel. Historically that’s been by sea voyage, at least historically in the timeline of human travel, human nature,” Dr. Hojnacki said. “People with Mal de Debarquement describe having continuous rocking, swaying bobbing sensations even after they left whatever vessel they’ve been on.”

“So I’m stuck in that motion where I think I have to compensate because I’m on waves, so it just never went back," Martin said.

That rocking stops her from doing normal day-to-day activities, like driving and go to the grocery store, where the patterns make her fall. Martin says even sitting on the couch and laying down makes her feel sick.

She has to hold onto walls and grip onto counters to move around the house.

“You just feel like you’re crazy sometimes. You’re standing up and you’re falling over,” she said. “Even when I’m here by myself I think I better not do that, what if I fall over? Knock myself out?”

Doctors don’t know a lot about this rare condition. As a result, there isn’t a lot of options for treatment.

“The first three weeks I cried everyday because I was so upset. So then I went to see a neurologist and she said ‘listen, there’s nothing we can do for you,’ and that was like the fourth doctor,” Martin said. “And that day I thought ‘OK, I’m not going to cry anymore, it’s not going to help me, it’s going to make me worse.”

Martin said she stopped crying, and is on a mission to get better. She went from having one doctor to six. Among those doctors she sees a physical therapist and an audiologist.

“Most people are seeking treatment within the first few months of onset because it’s such a debilitating way to experience daily life,” Hojnacki said. “What we don’t know is we don’t know why the brain causes this maladaptation. The further struggle is then how do we address treatment and how do we find relief for people with this condition. Unfortunately there aren’t a lot of ways to treat Mal de Debarquement.”

He uses a series of moving black and white bars and head tilts to help relieve her symptoms. He says the best treatment is time.

“Usually it’s time alone that allows the brain to readjust to normal daily conditions even if it’s on the order of months or years, so that is very frustrating for patients with this condition.”

Martin says her physical therapist hasn’t seen a patient with this rare condition before her, but they’re working to retrain her eyes so to help her feel like she’s back on land.

“They have me sidestepping to see if I can do that without losing my balance. I’m getting better. I can’t go backwards yet. If I close my eyes I fall over instantaneously,” she said.

She is a mother of two and has had to learn how to adjust to day to day life with MDDS. Her now 16-year-old daughter, Alexis, got a lot of practice driving with her permit because Martin feels best in the car.

“I like to go for rides in the car,” Martin said. “I feel like ‘do you want to go for a ride you guys?’ Because I feel great in the car! So that makes me happy.”

She joined a Facebook group with other people with the same rare condition. They share tips and stories. She says this helps her feel less alone.

“It’s funny, people will put something on there, like when I had that episode at Meijer when I fell I was so embarrassed. The very next day someone posted on there ‘hey, does anyone else have trouble going to the grocery store and I’m like ‘Me! I do!”

She’s learned to wear a hat and sunglasses to help with her light sensitivity and to sit in a rocking chair so she stays in motion.

Martin says that humor is the best medicine.

“But you just gotta laugh. I can’t cry anymore, so I just try, you gotta laugh about it.”

Martin says because she feels better in motion, she’s going on another cruise in February to see if that helps her symptoms.

Head to the mddsfoundation.org for more information on Mal de Debarquement Syndrome.