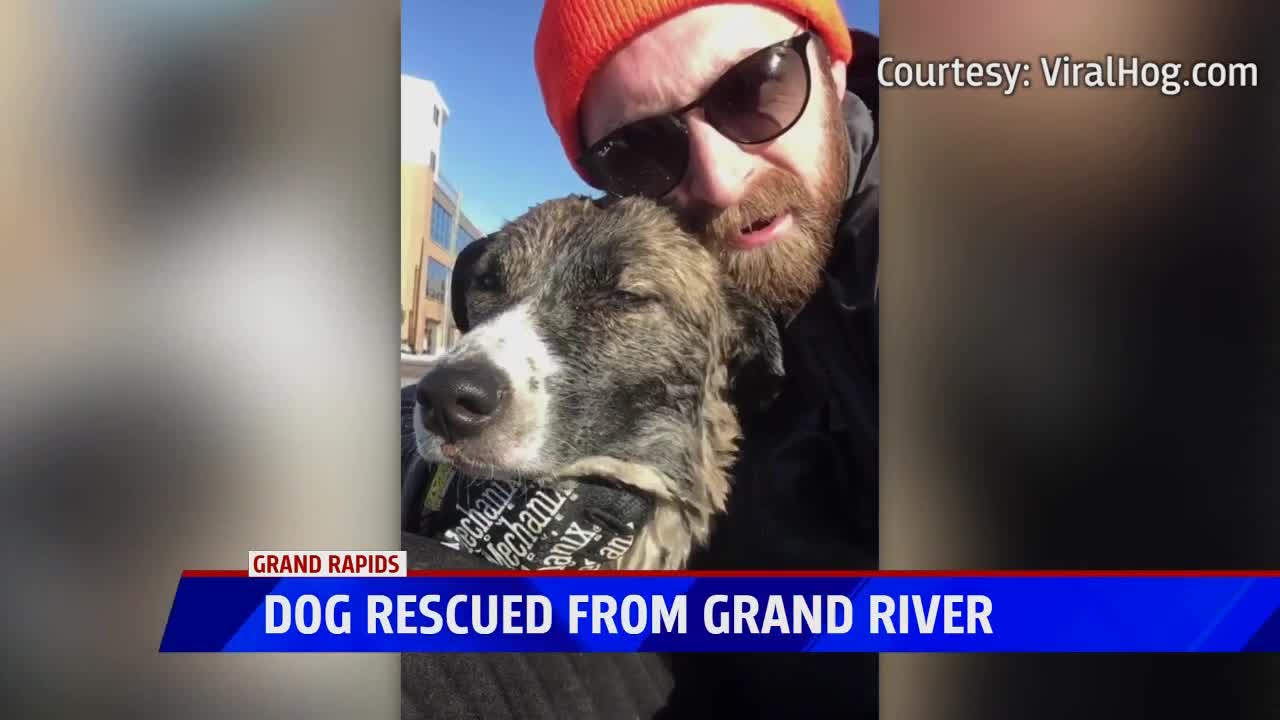 The new year started out with quite the experience for Austin Russell. 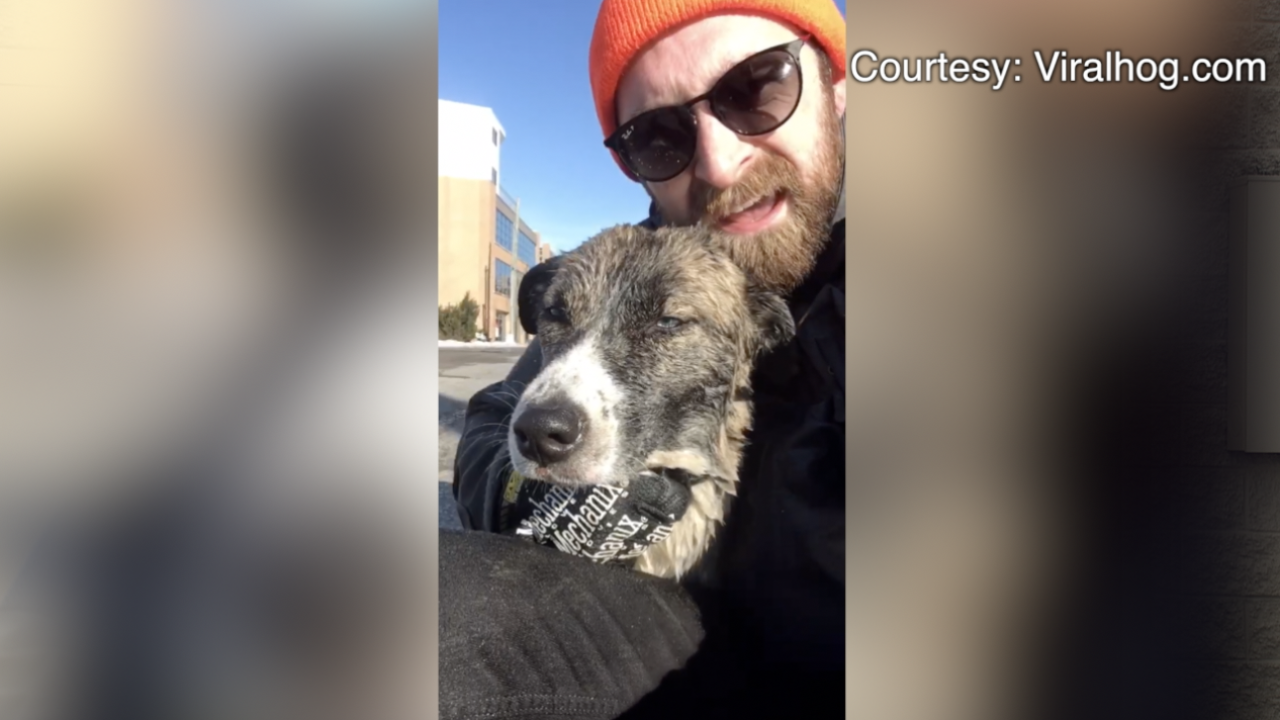 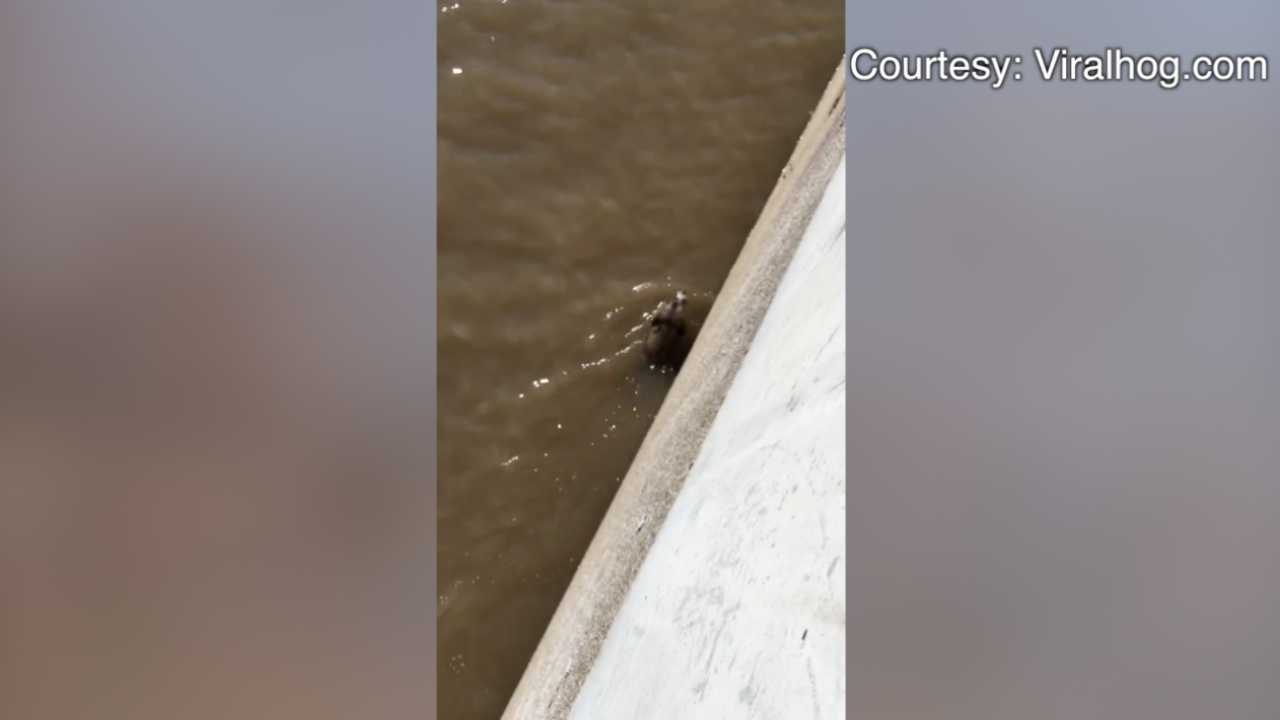 GRAND RAPIDS, Mich. — The new year started out with quite the experience for Austin Russell.

The first morning of the new year brought him to an annual bike ride along the Grand River. What he saw when he arrived changed his plans immediately and eventually the life of a pit bull husky mix named Max.

When Russell first encountered Max, he wasn't sure what exactly was in the water. After another minute of waiting, Russell eventually could hear the dog barking and crying as Max drifted closer.

Max had somehow managed to fall into the river and eventually became tangled up in some brush and branches.

Using all his might, Max was able to free himself from the branches and continued to swim down the river with the help of Russell calling him.

After the first attempt of using a mop to pull Max out of the river failed, Russell saw one last opportunity to get him out. He sprinted to piece of land underneath the train tracks that cross over the river.

“I climbed under the train bridge and waited for him to come up to me." Russell said. "I laid on my stomach and the level of the river was perfect. My arm was barely long enough to reach the dog. He didn’t have a collar so I grabbed him by the skin on his neck, pulled him out of the water."

Russell carried the dog to the warm pavement and hugged him until he was able to flag down another vehicle for assistance. The one and only car that came by thankfully stopped and had several hoodies and a blanket to provide extra warmth to Max.

Russell had been calling Grand Rapids police the entire time the rescue was happening, but they couldn't provide immediate assistance because of several other dogs that had been rescued from the river that morning.

“I think 3 dogs were in the river that morning. They mentioned a husky and a pug. So they got several calls, rescued 2 dogs and thought they had it all taken care of. When I called the second time the operator said the dog was reported rescued so I just had to reaffirm that there was still 1 dog in the river," Russell said.

After resolving some confusion that Russell and Max needed no help from GRPD, a police officer eventually arrived and took Max to the Kent County Animal Shelter.

Once he knew Max was safe and was going to survive, he posted the rescue video to the social media platform Tik Tok, where it went viral in a matter of hours.

As of Tuesday, the video has been viewed almost 11 million times and has almost 3 million likes.

The owners quickly came a picked up Max where he is back home safe and sound. The owners say someone has been kicking down their fence and leaving food close to their yard, allowing for Max to escape.

The owners of Max also posted a few days before the rescue that they were potentially looking to rehome Max. Russell says if they would let him, he would love to take Max in and keep him as his own.