The toughest 10%: How women are building a bigger presence in construction 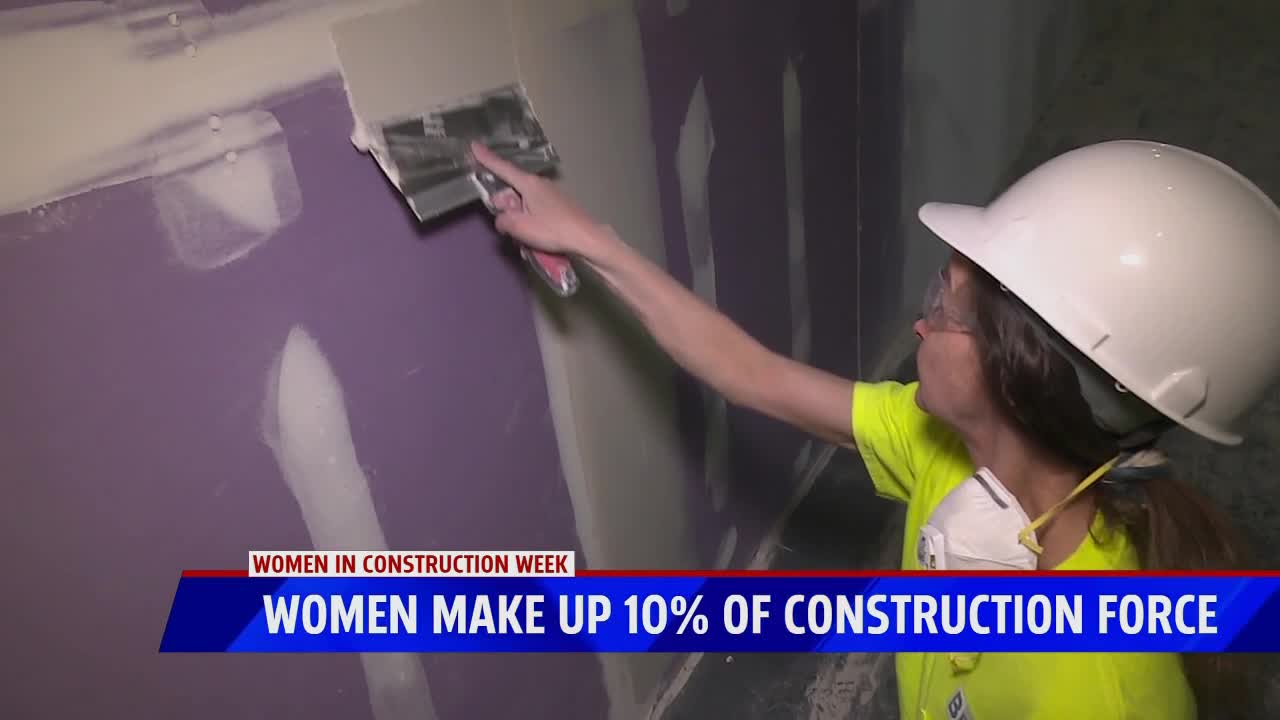 Women make up less than 10% of the construction labor force.

Two of them women that add to that statistic are Teresa Riley, a project administrator at Triangle Associates, and Tanya Wiseman, a drywall finisher with Bouma.

Both Riley and Wiseman fell into the construction line of work.

"Well when I started my husband and them did it, and they needed more workers so I volunteered and here I am," share Wiseman.

"I did not go to school for construction, I actually have a medical background," laughs Riley.

"So it’s a big change from what I went to school for versus what I am doing, but I started at a low level office position and moved up into a project administrator position."

Both of these women worked their way to where they are now, and during National Women in Construction.. or "WIC Week,” they’re inviting other women to join them.

Riley says, "You know it’s just like any other industry. Anything a man can do a woman can do too as long as she puts her mind to it and goes out there and tries."

"I was nervous coming into it because I know it’s a guys trade, but us women can do it too," adds Wiseman.

Opportunities for getting into construction include trade schools, and apprenticeships, many of which only take eight-weeks to complete.

According to the Bureau of Labor Statistics, the construction industry is expected to see a 12% employment growth between 2016 and 2026.

The need for hard-female-workers is there, will you pick up the joint knife?

"Women can do construction," says Riley.

"If you’re really interested in doing something, you just gotta get out there and ask the questions."

The National Association of Women in Construction offers scholarships for women entering the field every year. Click here for more information.