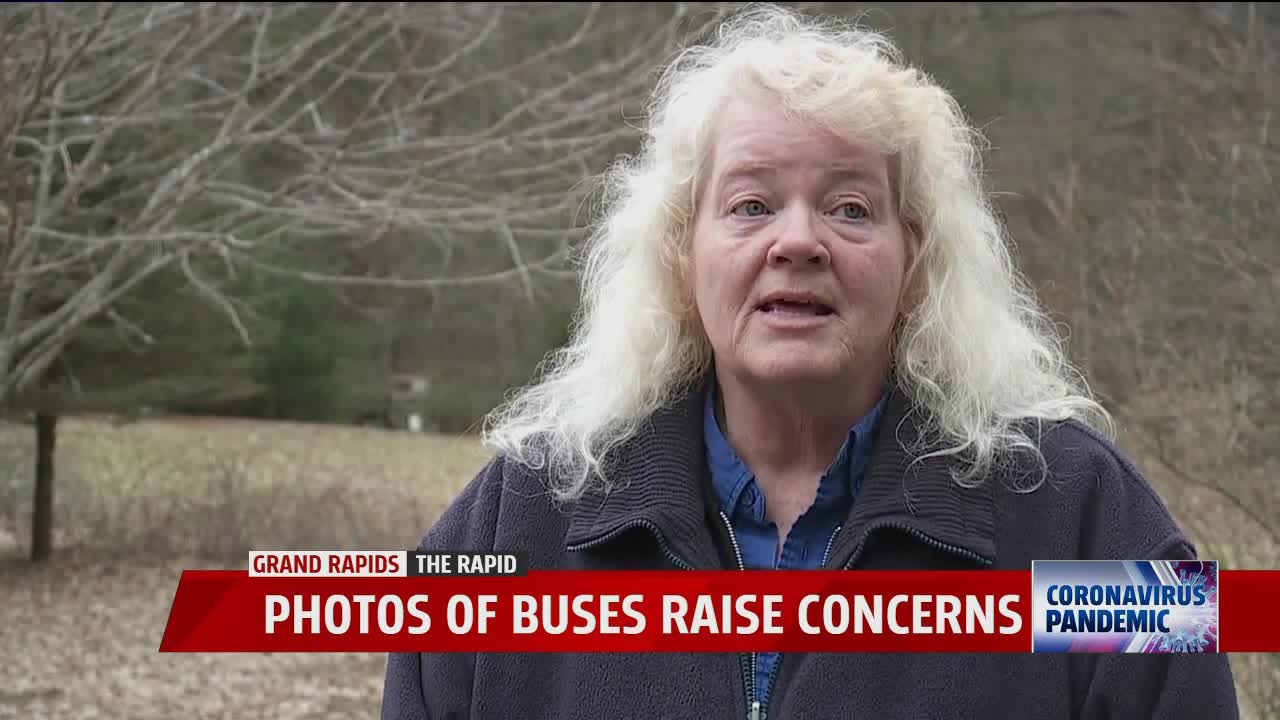 GRAND RAPIDS, Mich. — The Rapid announcing Tuesday that they're limiting passengers on their buses.

This comes after a picture of a packed Silver Line bus began circulating on social media.

When that picture made its way to Fox 17, we reached out to the driver, Karen Stilson. "“I’m very concerned, I wasn’t at first, the first couple days of this I kind of blew it off but the more I read about it and how serious it really was, yeah, I’m very concerned, especially when, as you can see on the picture, these people are right next to each other and right next to me."

When Stilson took the picture, she said there were so many people on the bus they ran out of seats.

Stilson said that the Rapid had rules in place to help social distancing, but felt the company wasn't doing enough to enforce the policy.

“The signs are still there, but they all just piled on and sat where they wanted, and it was right next to each other and right on top of each other, and people were standing in the aisles..." Stilson said. "I thought they said no more than 15 (people), but when I called and they acted like it was just no big deal, well then I was like ‘I guess that was just for show."

Stilson said they did wipe down the railings when they would pull into the central stations. Other than that, Stilson says they didn't take any other safety precautions like giving drivers gloves or masks.

“I guess they act like we don’t matter, that’s kind of how I feel. In the face of disaster here, that has really shown the way they are doing things and that they don’t care about the drivers, they just feel they’ll replace us and they don’t care.”

Stilson says she's glad the company is taking things seriously, but she wishes they would be doing more.

After we spoke to Stilson, the Rapid told us they're putting new procedures in place, starting by limiting passengers.

They said they're limiting all DASH buses to 10 passengers and 15 on the Silver Line and other fixed routs.

To do that, they say when the bus is full they will only stop at stops requested by passengers and may pass by stops that aren't. In that case, another bus will be sent to pick up people missed at stops.

They may also ask people at stops to wait for the next bus.

In a statement, Communications Manager, Lisa Young, said, “Safety is our number one priority at The Rapid. As we work to do our part to get essential employees to work and to pick up needed medications or shop for groceries, we are mindful of the health of our Operators, passengers, and public.”

They say they will be blocking off seats to help keep social distancing, along with enhanced cleaning and disinfecting.