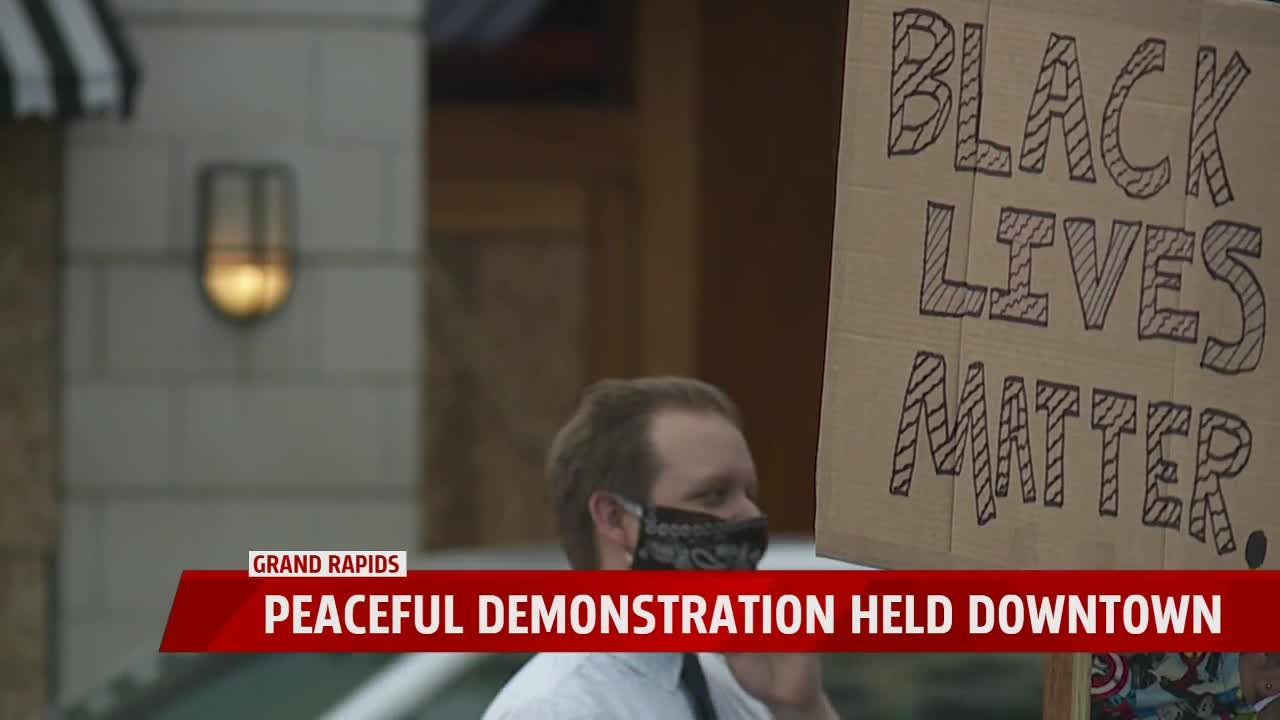 Protestors held signs and sang on the street.

The protest originally started with a small group and grew as others saw them out there.

“What happened today was a spontaneous moment of beauty,” said Tone Fields, one of the protestors demonstrating. “I think with all the negative publicity that Black Lives Matter gets, it’s time that you see that we are all here to just have a seat at the table. It’s a beautiful moment to see people spontaneously come together and express their love for the black people in this country.”

Fields says that he believes the Saturday night riots were caused by out-of-town residents. He says the spontaneous nature of the event didn’t allow anyone to interfere with their message because “it didn’t give them an opportunity to ruin our good time and to really be a city and come together.”