Owner of Vac Shack Vacuums, Brian Titus, is left feeling betrayed and violated after giving Adam Fox a place to stay while down on his luck 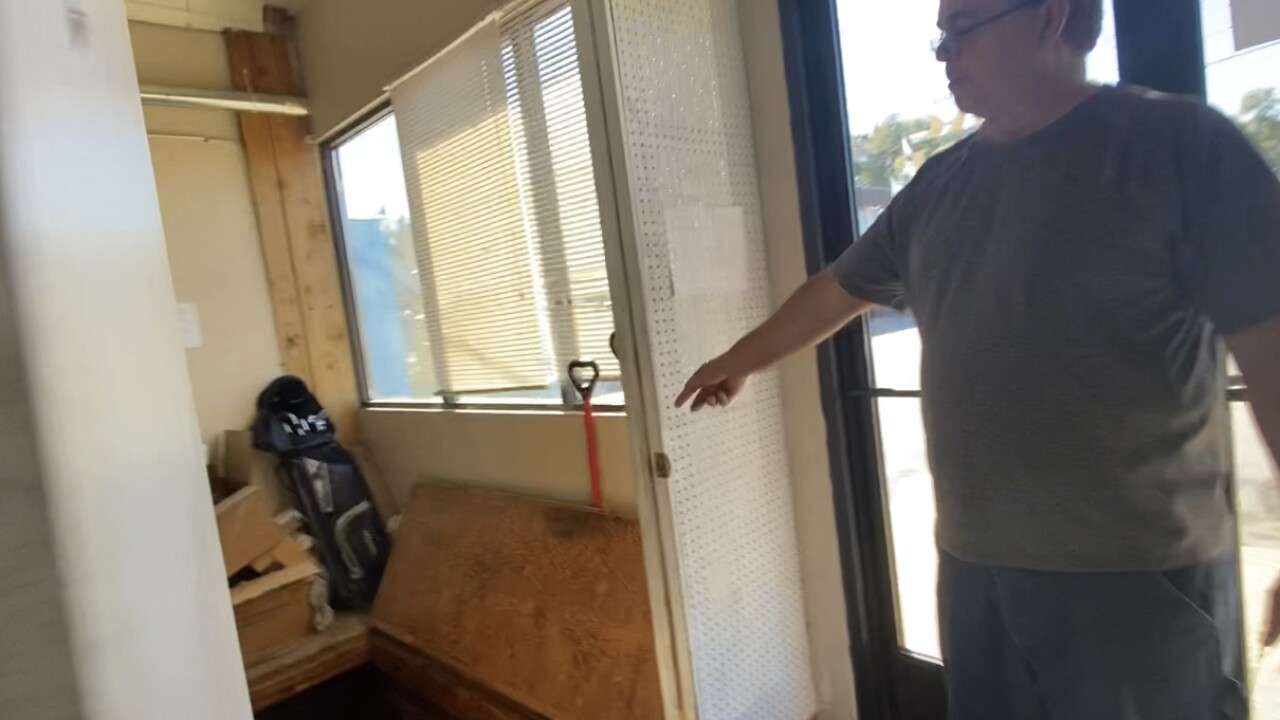 WYOMING, Mich. — Adam Fox, one of the men charged in an alleged plot to kidnap Governor Gretchen Whitmer, was living below a Grand Rapids area Vacuum shop.

37-year-old Adam Fox is just 1 of 13 men facing charges for allegedly organizing a plan to, among other things, kidnap government officials, including Governor Whitmer.

7 people are being charged in relation to the alleged plot at a state level. Those individuals are facing charges of providing support for a terrorist act and gun crimes. They face up to 22 years in prison if convicted.

SEE MORE: What you need to know about the Wolverine Watchmen militia

Fox is 1 of just 6 people being charged at the federal level. He is facing a potential life sentence in prison if convicted on a charge of conspiracy to commit kidnapping.

In federal court documents obtained by FOX 17, it is alleged that Adam Fox and approximately 13 others traveled to Dublin, Ohio, to take part in firearms training and combat drills.

It is alleged that Fox and others were planning to kidnap Governor Whitmer while she was either arriving or leaving her summer home in northern Michigan. The documents claim the plan was then to transport the Governor to a secure location in Wisconsin.

Fox is alleged to have held meetings in a basement room he was staying in underneath Vac Shack on Division Avenue in Wyoming. Brian Titus, the store's owner, says he was letting Fox stay there while going through tough time.

“Kidnap the freaking Governor, are you kidding me?," Titus said Thursday afternoon.

"I've been on the earth 60 years and I never heard of that happening."

Titus says that Fox had been working for him on and off through the last 10 years as an independent contractor.

"I knew him since a teenager, in fact he had nowhere to go. Basically we took him up. I tried through the years to have him work for me. I was kind of a father figure to him, now I'm not any more. Forget it,” he told FOX 17.

2 dogs that Fox was taking care of were wondering around the vacuum shop Thursday afternoon. Titus says he will have to find them a new home.

Police and FBI agents raided the Vac Shack Wednesday night. Titus said Thursday that agents told him they knew he had nothing to do with the alleged kidnapping plot.

SEE MORE: A look into how the Hartland FBI raid unfolded

"My business computer is gone, my cell phone's gone, all my banking information.”

Titus said that he had just recently told Fox he needed to find a new place to stay after discovering he had been ordering AR-15 parts through the mail. He said Fox was planning to more into an apartment complex at the beginning of November.

Now he is left to pick up the pieces of a business he's worked for a decade to build.

“You know I have good service here, you know that. Please don't abandon me,” Titus said in regards to his many long-time customers.

“Now I've got to deal with the fall out because I cared about a guy, gave up my heart for him."