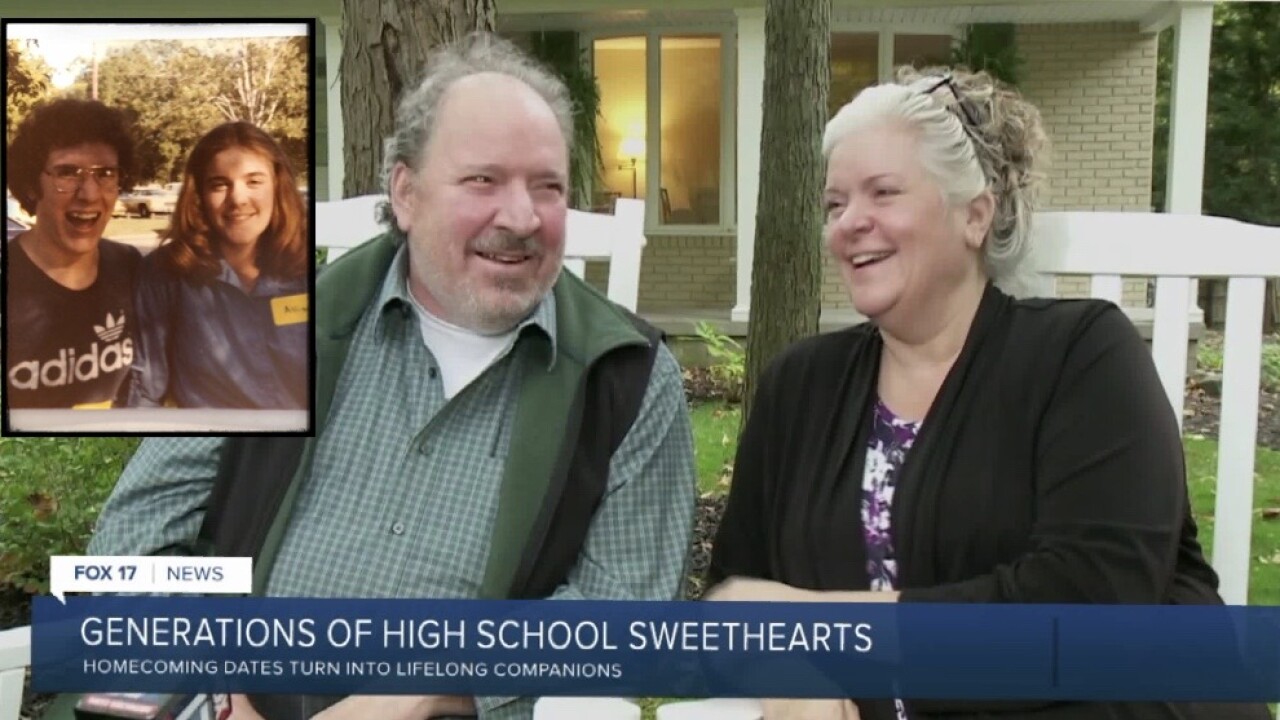 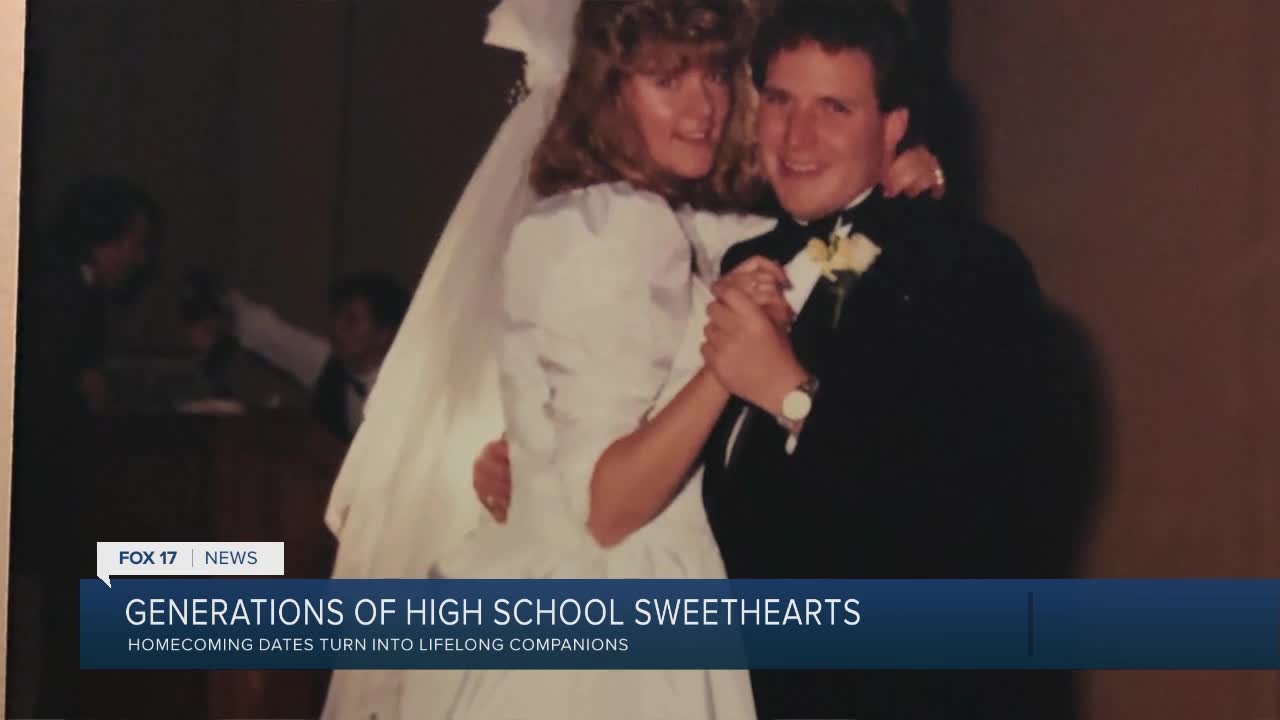 The same goes for Crystal Rosinski and Kurt Kiesgen, who spent their Oakridge High School homecoming together in 1993.

Both of these West Michigan couples ended up becoming life partners.

Dan Boughton looks at his now-wife Allison and recalls with a laugh, "I think I just assumed that she'd say yes!" Allison joins in, "And I did!"

When we asked Kurt and Crystal if it was love at first sight, the two cracked up, saying, "No! I thought we were more of friends!"

It's fair to say these couples know a thing or two about picking the right homecoming date, so we had to ask, what's the key?

"A sense of humor, definitely. And patience!" says Crystal.

Dan says; "I think we'd recommend maybe finding a bunch of friends that get along. That kind of takes some of the pressure off."

What about advice for when you pick up that special someone?

"In terms of the parents, just try to be open with them, honest, and respectful," advises Dan. Allison adds, "And communicate! Be engaging. I think parents always like it if the young man is looking them in the eye and making conversation."

No matter who you choose to spend your homecoming with, Crystal says, "I think it's just important to have fun. Just look at it like who will you have fun with, and go for it."

Kurt adds, "That's the key. Just be yourself. If you try to pretend to be somebody you're not, it never works. So, if they don't accept you for who you are, then move on."

Plus, who knows? Maybe this year's date will become the next decades' life partner.

"You may not realize that this is the person for you!" says Dan.

"When we went on that first date, I did not think it would be the beginning of ... this! Right here! You know, all those moments add up. And here we are."