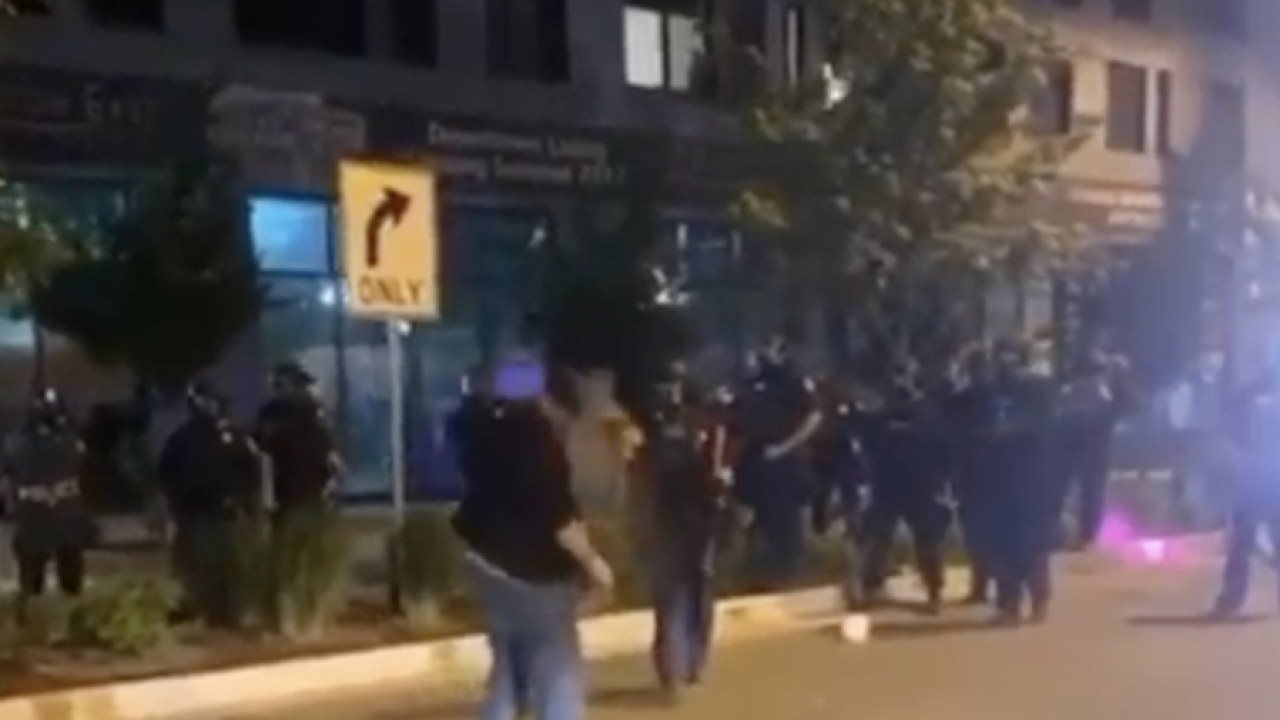 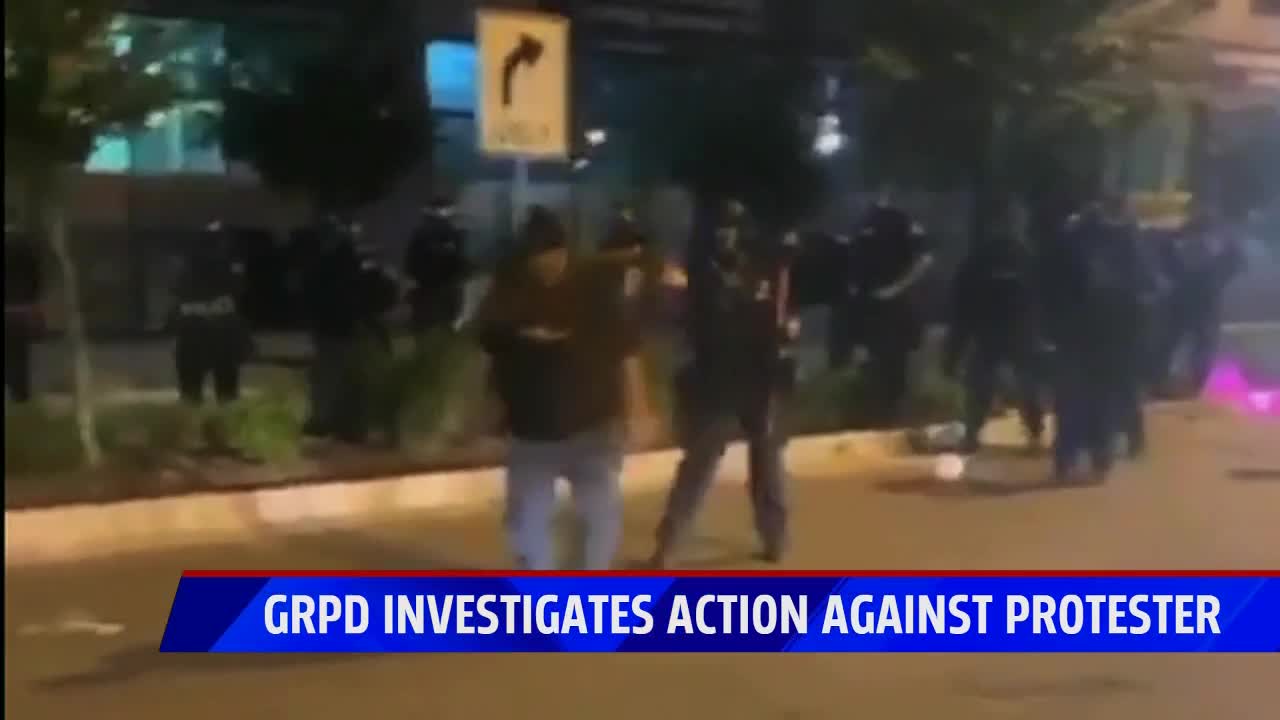 GRAND RAPIDS, Mich. — A video circulating online shows a man at the Grand Rapids protest downtown near the intersection of Fulton St. and Division Ave. who appears to be pepper sprayed and hit with some sort of blast by Grand Rapids Police.

GRPD says they are conducting an internal investigation into the incident shown in the video.

Ven Johnson, a police brutality attorney, says this is unacceptable.

“It’s despicable, this young man is clearly walking towards the officers…lets even give them the benefit of the doubt," Johnson said. "We don’t have any video, of what happened before that. Who knows what they’ve been told. Who knows what happened before. But he’s walking toward the officer, in a relatively non threatening manner…clearly has nothing in his hands except maybe a cigarette.”

At the end of the video, the man appears to be hit by some sort of blast by officers.

“It looks like he got shot with a projectile," Johnson said. "Whether it hit him or not I don’t know…that was shot at his person. That is horrible, tragic. We want to know why things are escalating? This is a perfect example where the police could have stayed back, stayed in line, said nothing, which they’re trained to do. They’re trained to de-escalate. Not escalate."

“Some people were lighting fireworks, that were just going straight up, because we have a point to make," Curley said. "Black Lives Matter. Police brutality needs to stop."

Curley said the video was recorded by his friend Dakota Spoelman, who is giving us permission to use it. The two do not know the man shown in the video.

“Walked up to the line of police, to express his freedom of speech," Curley said. "The cop stepped up to him and pepper sprayed him. Completely no threat after that. DOn’t know what’s going on. They shot him, it looked like they shot him, from the chest to the head with some type of flash grenade."

Curley says this is exactly the type of action being protested.

“After that, that’s when things started escalating," Curley said. "Police started shooting off more of those flash grenades at everybody there. That’s when they started rioting."