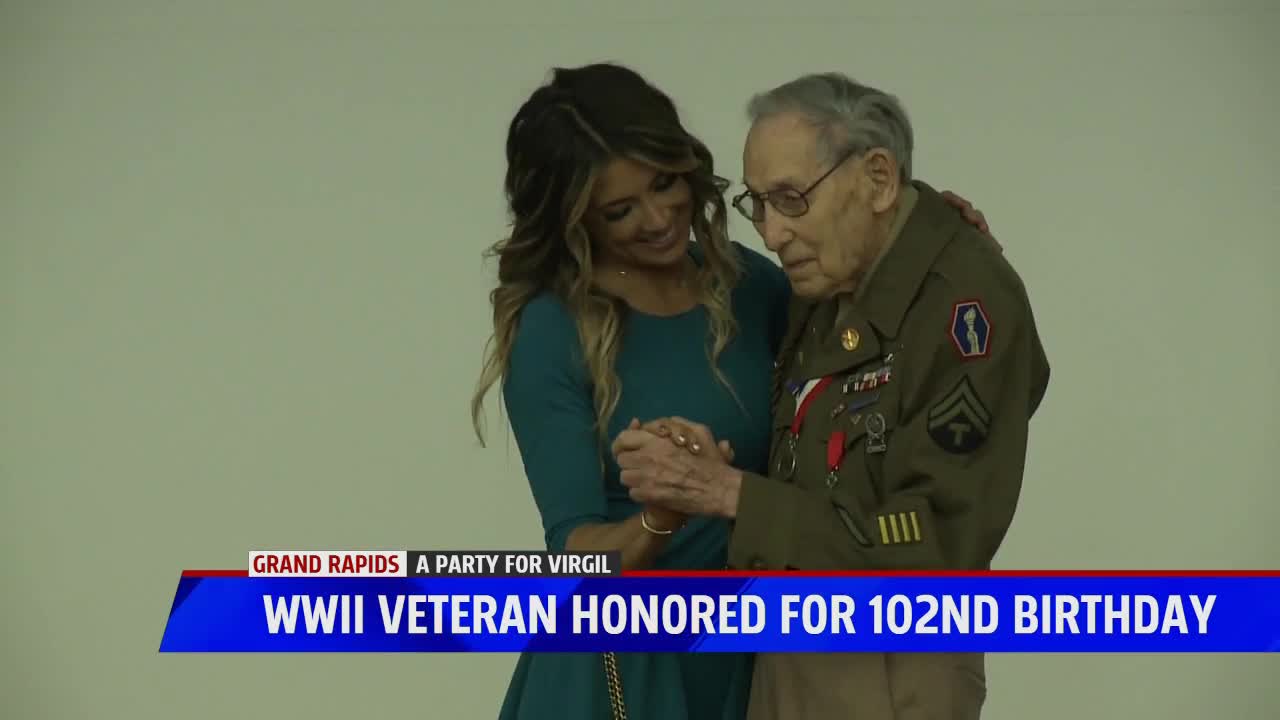 GRAND RAPIDS, Mich. — Virgil Westdale played an important role in U.S. history, joining an decorated combat team during World War 2 and eventually going on to liberate the Dachau concentration camp. On Wednesday, he celebrated his 102nd birthday surrounded by friends and family at the Gerald R. Ford museum.

Born Virgil Nishimura, the son of a Japanese immigrant, he faced adversity after graduating from Western Michigan University and joining the Army. His pilot’s license was stripped, and he was demoted. Eventually, he changed his name to Westdale to draw suspicion away from his heritage.

Westdale was part of the 442nd Regimental Combat Team, a unit made up entirely of Japanese-American soldiers. They were the first ones to reach the gates of Dachau in April of 1945.

Friends and family put together a similar birthday celebration for Virgil in 2018, and re-presented him with his wings, a pair donated by Iraq combat pilot and Senate candidate John James.