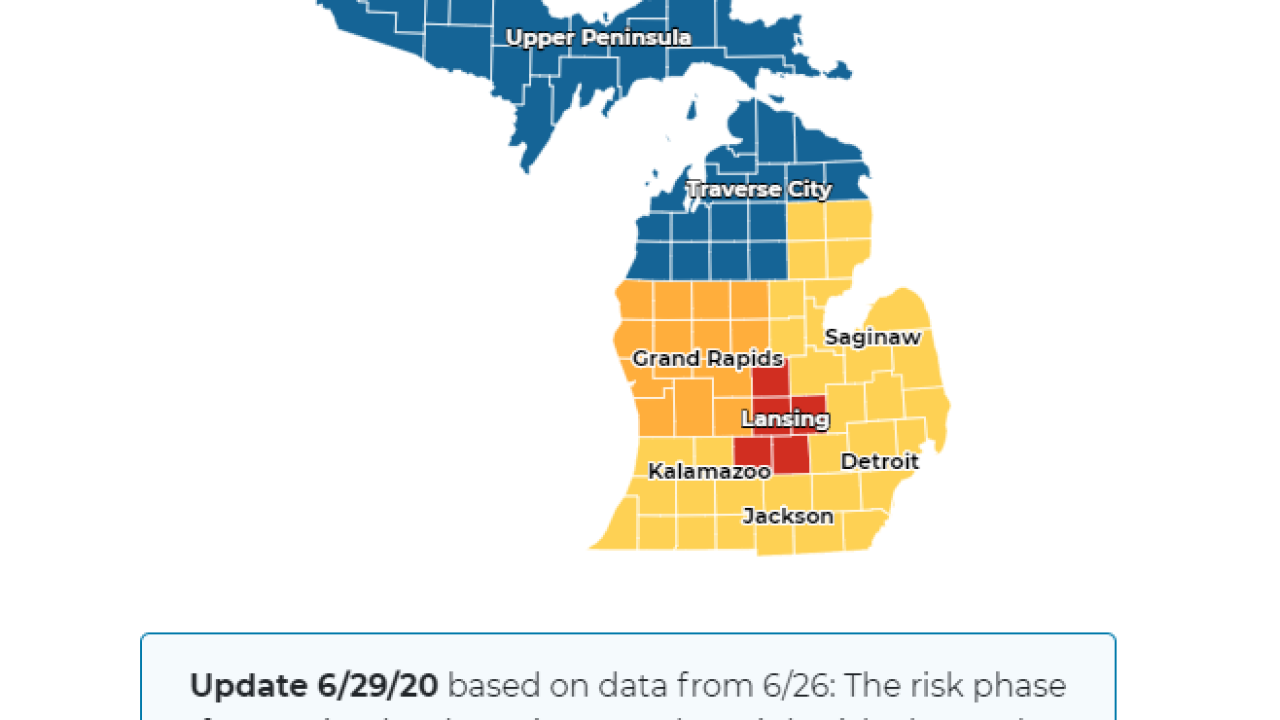 GRAND RAPIDS, Mich. — Parts of West Michigan have not been rolled back to a lower phase of Michigan's Safe Start plan.

Earlier today, FOX 17 published a story that two regions, Grand Rapids and Lansing, were moved to phase 3 and phase 2 respectively.

That was based on information on the MI Safe Start dashboard, showing the two regions changed risk phases.

The Governor's office tells FOX 17 that the map does not indicate a move out of phase 4, but an increased risk of the spread of coronavirus in the area.

Restaurants, bars, and retail stores could be impacted by a change in the status of the Grand Rapids region under the MI Safe Start plan.

On Monday, June 29, the state moved the Grand Rapids region from risk phase 4 to risk phase 3, citing a rise in new cases each day over a two week period.

Phase 3 is considered medium-high risk for spread of the coronavirus, with the number of new cases flattening.

The Lansing region moved from risk phase 4 to risk phase 2, with more than 40 new cases per million in the last week.

The Grand Rapids region moved into phase 4 of the MI Safe Start plan at the beginning of June.

Editor's Note: An earlier version of this story said the Grand Rapids and Lansing regions moved out of phase 4. That has been updated to reflect that the regions are in higher risk phases only. Retail stores and restaurants should not face changes in requirements for operating their businesses.