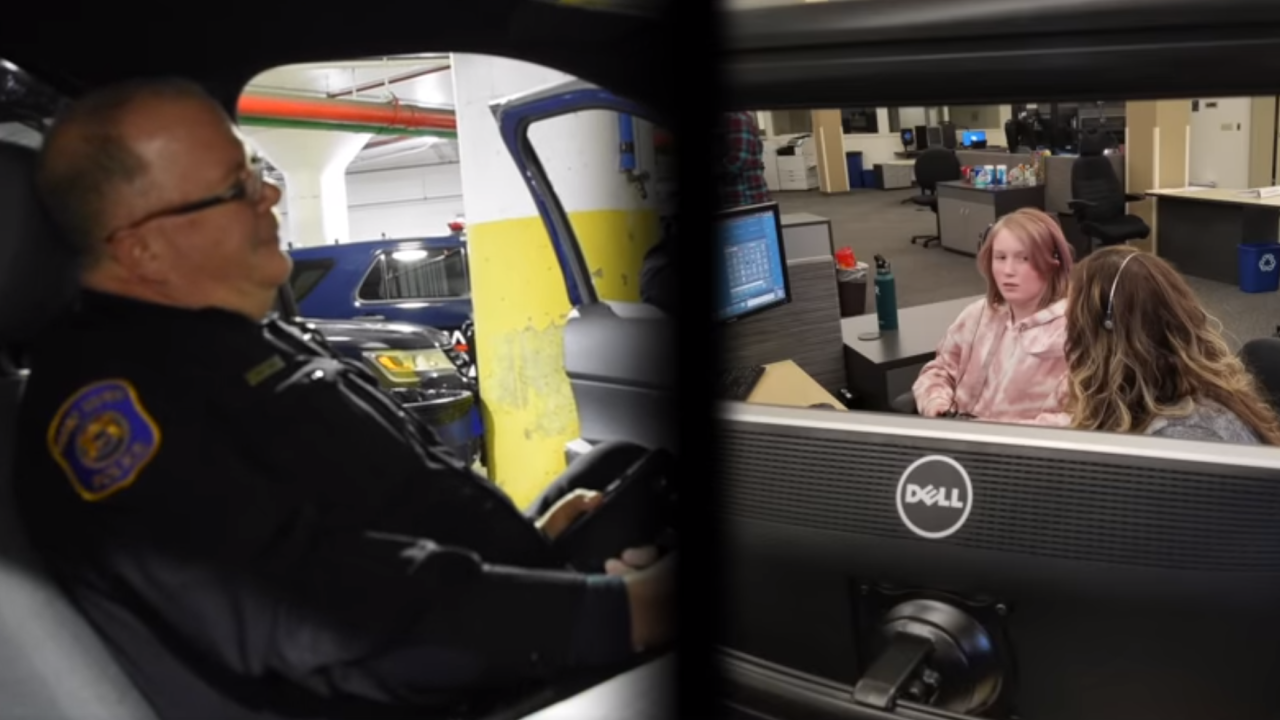 GRPD Officer Bryan Boon's 30-year career was capped off by his daughter making his final "Out of Service" call at the end of his last shift on January 3rd.

Boon's wife is a dispatcher and was on-shift during his last night on the force, but had made arrangements for their daughter, Katie, to make the call.

"...As your disptacher, and your wife for 15 years it would be a privilege to call you out of service, however, I will turn it over to somebody else today." Boon's wife said before handing the mic to Katie.

Video from the Grand Rapids Police Department's Facebook page shows Boon in his cruiser, surrounded by other GRPD officers recording the call. Boon smiled ear-to-ear when his daughter's voice came over the radio.

Boon's career with GRPD started as an intern and spanned time in the Neighborhood Patrol Unit, Detective Unit, and patrol. Four other officers retired from service with GRPD as of January 3rd. Officers Frank Collins, David Johnston, Rober Merciert, and Mike Rozema also said goodbye to their brothers and sisters in blue. Collectively, GRPD estimates the five had over 100 years of experience between them.