Vote Common Good, a 501c4 organization, currently has 7 billboards up in West Michigan 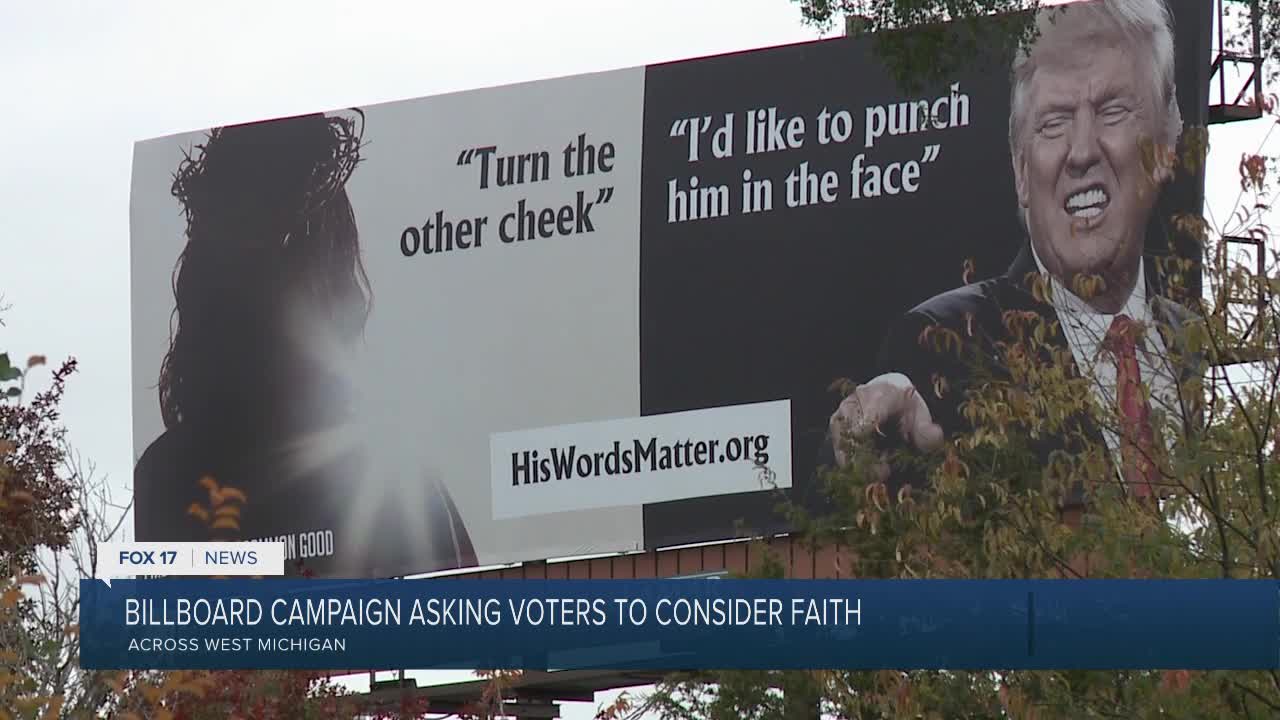 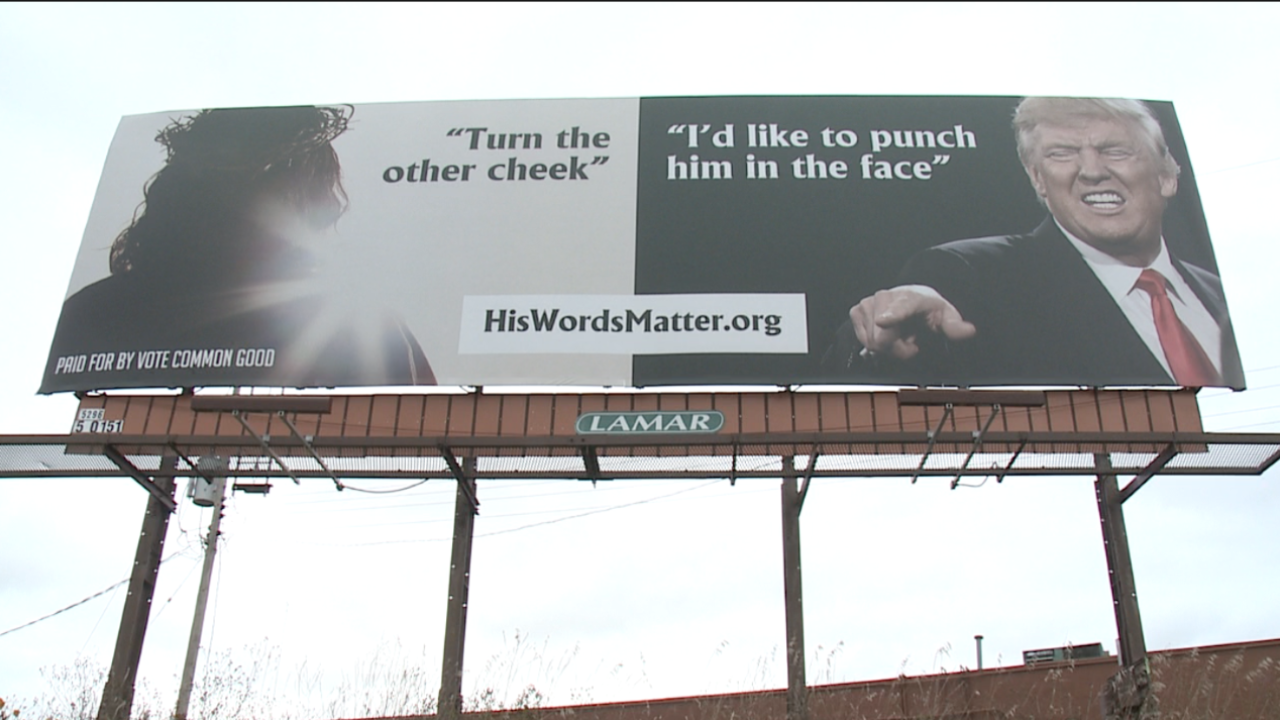 GRAND RAPIDS, Mich. — Several billboards recently put up by a Minnesota non-profit group call for people to vote based on their faith, comparing statements made by President Trump to quotes attributed to Jesus in the bible.

There are currently 7 of the billboards up in the Grand Rapids and Holland area. The displays compare statements made by President Donald Trump to quotes attributed to Jesus in scripture.

“We thought it was important to contrast the teachings of Jesus with the behaviors and the public statements of Donald Trump," said Doug Pagitt, an evangelical pastor and executive director of Vote Common Good.

“Because so many Christian voters feel like they have to vote for a Republican, even if it's this man on Election Day, and we want to remind them that their faith calls them to something more than just the Republican identity.”

The group also has several billboards up in Pennsylvania, another big swing state, with plans to get some up in North Carolina, Florida and Ohio as well.

One of the billboards places the quote "blessed are those who mourn" next to a photo of President Trump and a statement he made, "People are dying, it is what it is."

Another billboard reads "Turn the other cheek," contrasted with President Trump being quoted saying, "I'd like to punch him in the face."

On one of their websites, the group links to videos of each of the President's statements.

“When Jesus says, turn the other cheek, and Donald Trump says, well, I'd like to punch him in the face... we want parents to have to explain to the children what these billboards are about," Pagitt told FOX 17 Thursday morning.

"We want children to ask from the backseat, 'mom, tell me about that Billboard'.”

Paggit says the billboards are intended to specifically target not just Christians, but white Christians.

"For a lot of us who work in the spaces of religion and politics, we recognize that for white voters, especially the connection between being Christian and voting for a Republican, feels almost if it's hardwired," he said.

He says the group wants those who have come to oppose President Trump because of their faith to know that there are others out there in the same boat.

“If any pastor I know spoke like that, they'd be fired. If any CEO of a company was on public record saying the things Donald Trump says and treats people the way Donald Trump treats them, they would be fired,” Pagitt said.

“By highlighting the phrasing of Jesus with the statements of Donald Trump, we think it just is an important data point for people who in these final days before the election are having to make this decision about how they're going to offer their vote.”

In the future, Paggit says the group will work to hold other politicians, of all party lines, accountable and make sure they are doing their jobs with honor and dignity.

"So we're trying to help people have a reason to talk about these things.”

You can find more information about Vote Common Good at their website.