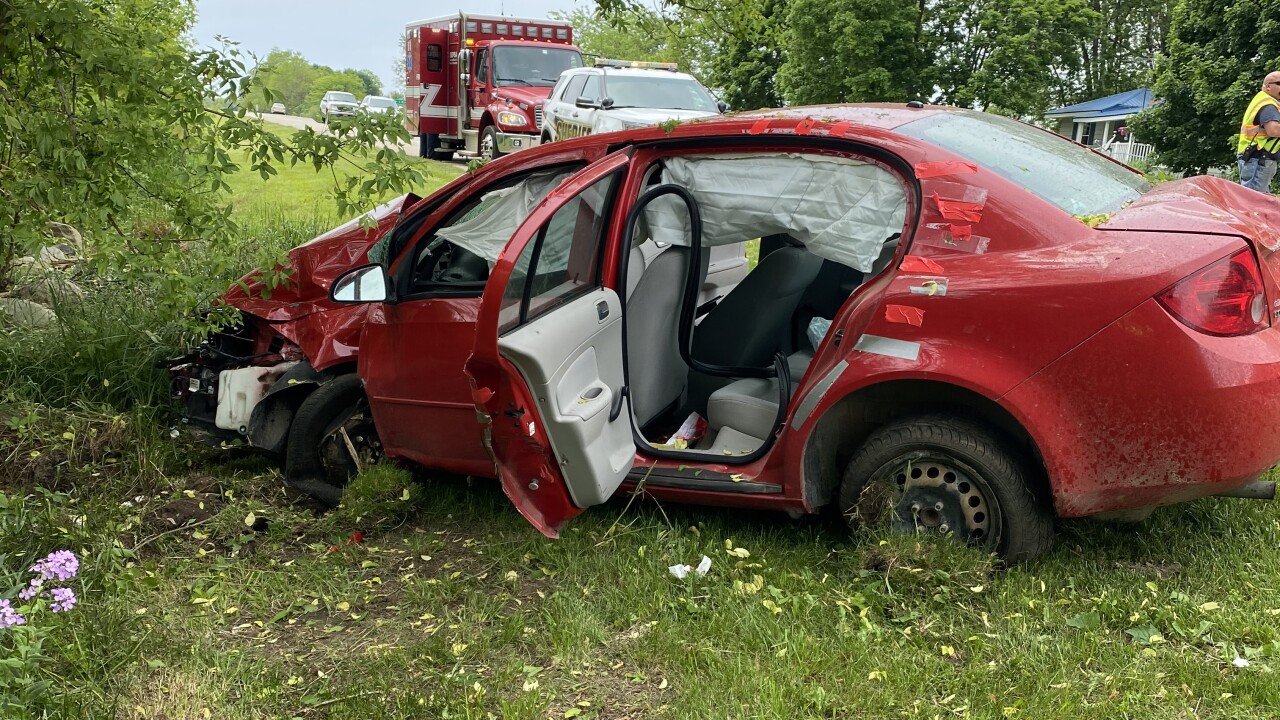 The driver in a single-car crash said a bee attack caused him to lose control of his car and hit a tree.

Cass County Sheriff's Deputies say 17 year-old Justin Rose, of Jones, MI was driving on US 12 near S. River Road when the crash happened. Deputies were able to get Rose out of the vehicle and take him to Elkhart General Hospital.

Alcohol and drugs do not appear to be factors, and Rose was wearing a seat belt at the time of the crash.