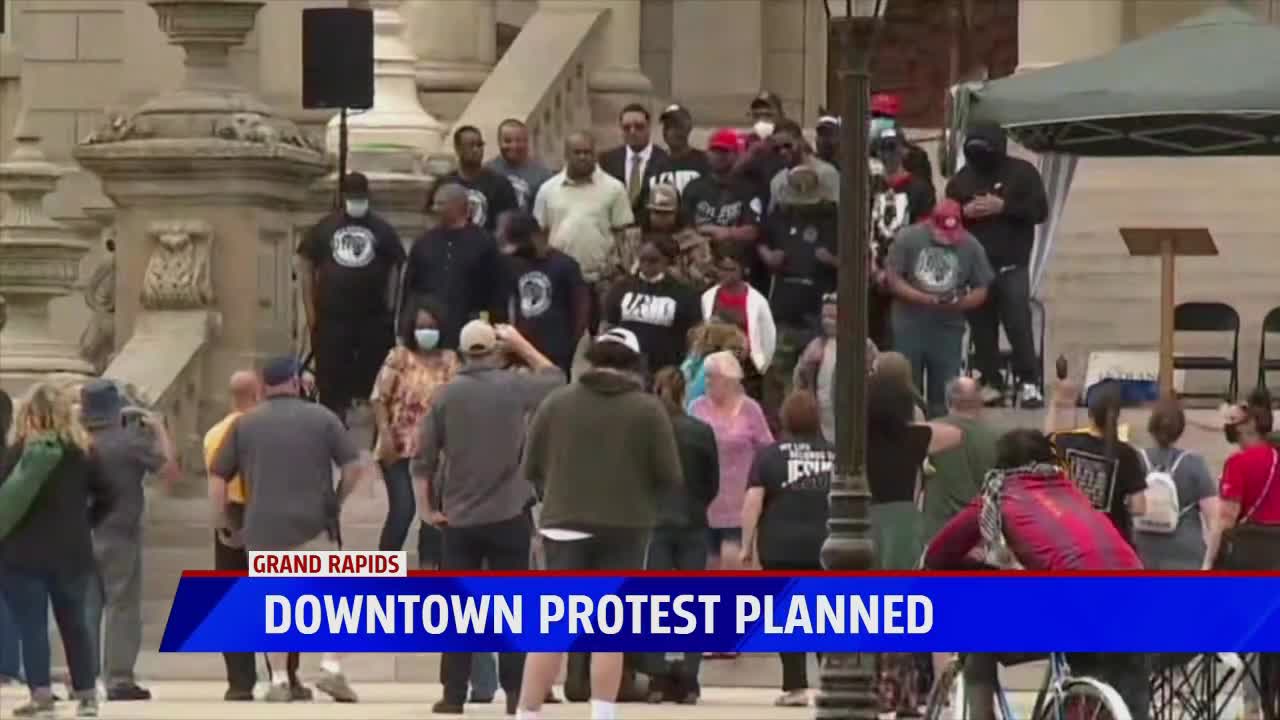 “We’re coming together to show that we are united with the people of Minnesota,” said Saintard.

Saintard is one of three Kent County women organizing a march Saturday in downtown Grand Rapids to protest police brutality against African Amerians and the recent killings of three black people, George Floyd, Breonna Taylor, and Ahmaud Arbery, who were all killed by law enforcement of Caucasians.

Similar protests, organized by other people and groups, are scheduled through mid-June.

“I’ve felt like myself I’ve been broken,” said Saintard. “I don’t have a voice, like I’m not worthy to be on this planet because of the color of my skin and that the victims, they were treated like they were yard animals and slaughtered.”

Myesha Perry is another organizer and says the women began planning the march Thursday after connecting with each other on social media.

“We feel like it is our job to make a statement and organize people and to create that platform that, ‘Hey, it’s time for a change,’” said Perry.

The march is scheduled for 6 p.m. at Rosa Park Circle. Protestors will then walk in silence to La Grand Vitesse.

Organizers expect hundreds of people to show up and for the event to be peaceful. They ask people to wear masks and maintain proper social distance to prevent the spread of COVID-19.

“A silent protest, I feel, is more physical,” said Saintard. “You can see that people mean business. They don’t have to say it, you can see by them marching.”

The women hope with each step people reflect on what they call the injustices around and reflect on how their voices can be used to advocate for others.

“We’re going to protest, we’re going to make noise because it’s been on my heart ever since I saw that officer with his knee on George’s neck,” said Perry.

“It’s heartbreaking, and as a mother, I’m terrified of what my child may experience growing up,” said Perry. “In order for us to make sure our children are safe when we send them out into the world, it’s basically time for us to create our own movement, similar to the Civil Rights Movement, and that’s going to take us around the United States being consistent and being vocal.”

“This is a time for us to learn that we are supposed to be as one,” said Saintard.

A spokesperson for the Grand Rapids Police Department released the following statement on the rallies,

“The GRPD stands ready to serve our community by protecting and respecting everyone’s rights to free expression while maintaining a safe and secure city for all.”