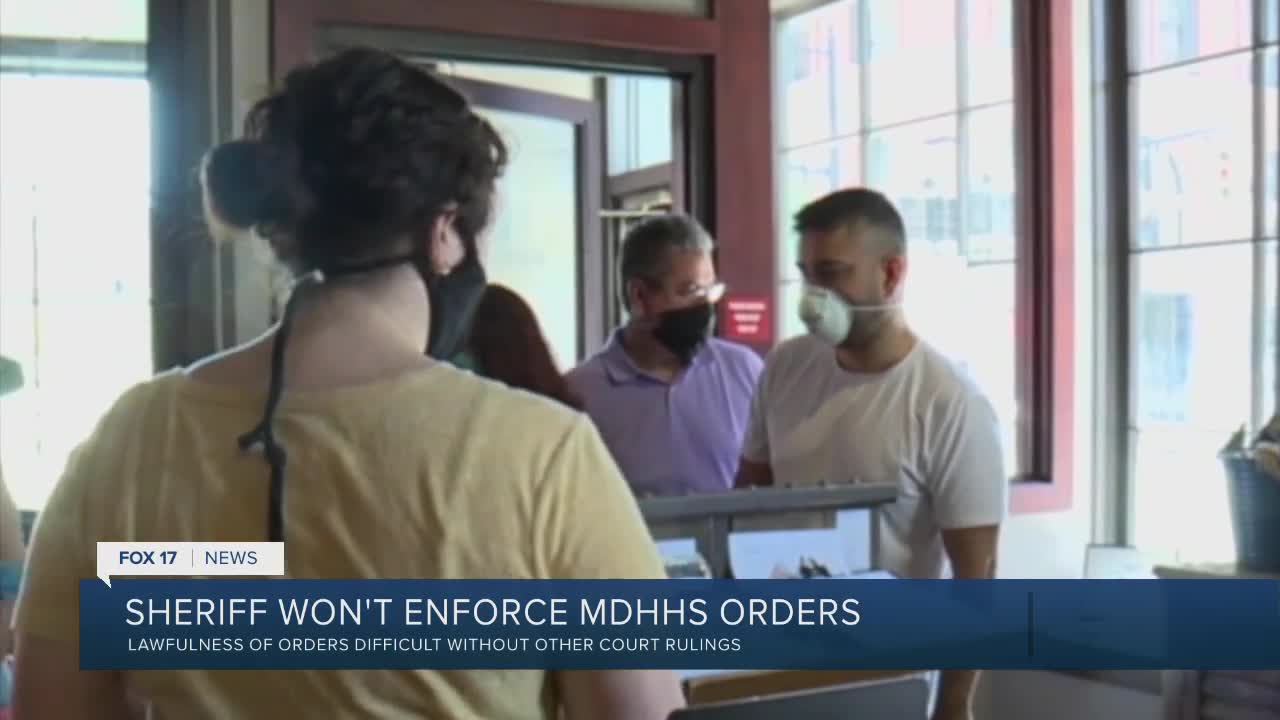 BARRY COUNTY, Mich. — A West Michigan sheriff says his department will not enforce the emergency orders issued this week by the Michigan Department of Health and Human Services.

The order requires face coverings and limits crowd sizes among other things.

Law enforcement officers are authorized to investigate violations of the order.

“Our state Supreme Court themselves in a 7-0 ruling said that the governor never had the authority to make those orders after a certain date,” said Leaf. “I believe this is going to have to go through our legislature before we’ll do any enforcement on it.”

However, legal experts dispute the reasoning.

Schindler says the court based its decision on different statutes than the one cited by MDHH. He adds that while the public health code gives wide authority to officials, there’s more guidance.

Gordon referenced that in an editorial Monday.

“The argument here is the greater specificity in the health laws do not violate the nondelegation doctrine because they give the necessary guidance to the executive,” said Schindler.

However, Schindler acknowledges it could still be seen as a constitutional violation and says it’s likely only the courts will be able to decide how far health officials can use their emergency authority.

“We don’t have a definitive answer one way or another because we’re working in new times, but we’re dealing with different statutes so it’s entirely possible the outcome could be different,” said Schindler.