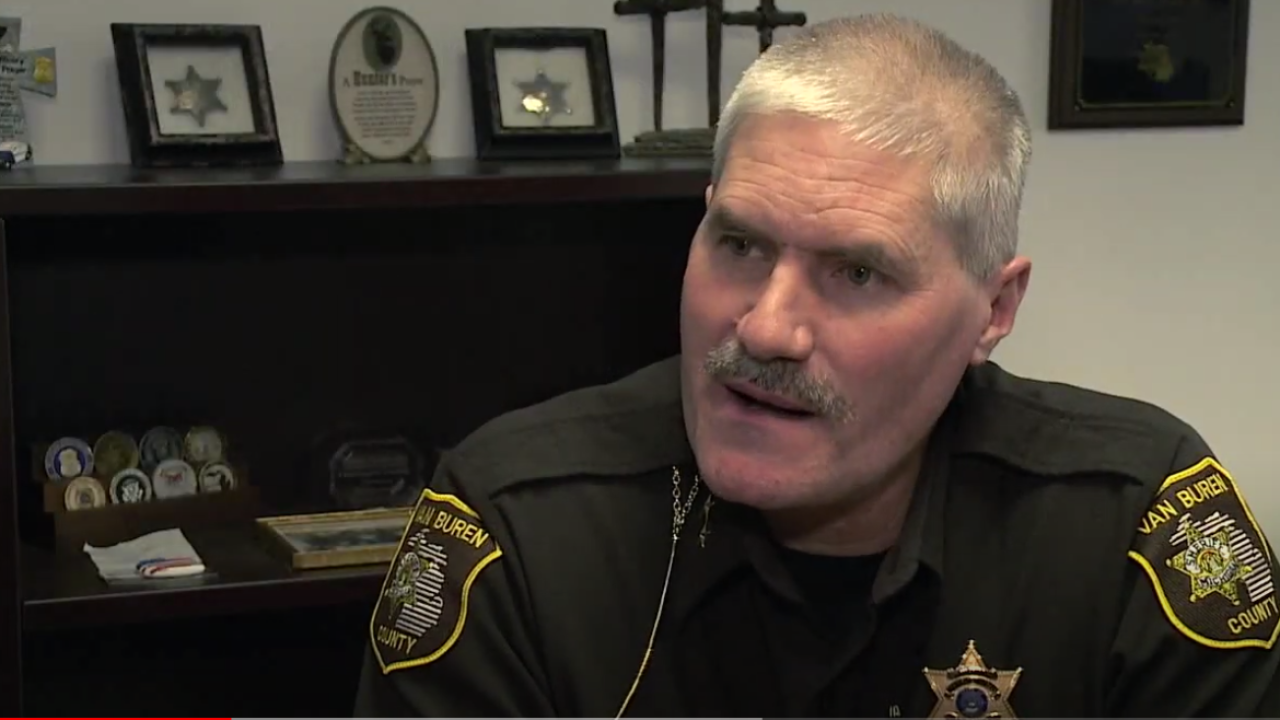 Whitmer issued an executive order Friday that expands the state’s face mask requirement to now include crowded outdoor spaces and instructs any business open to the public to deny customers who do not comply starting Monday.

Those who fail to do so face a $500 misdemeanor.

“The executive order is very bland,” said Abbott. “We think it would be very hard to enforce.”

In an interview with FOX17, Abbott said his team believes the order is vague and thinks it needs to be passed through the Michigan legislature.

He added the order could stress his department’s resources, explaining with just over 50 deputies they cannot respond to every complaint on top of their other calls.

Abbot says they will check out violations in some cases, for example when a business calls to report a customer not complying with the store’s mask policy. However, he says the order’s criminal penalties will need to be prosecuted by Michigan State Police and the Attorney General’s Office.

“If we get a call from a business owner, somebody refusing to wear a mask and not leaving, then we’ll get involved because now it just turned criminal,” said Abbot. “When it comes to executive orders that’s borderline violating the constitution, people’s civil liberties, civil rights, I’m not going to enforce something like that.”

The order is on of dozens Whitmer has issued since the start of the coronavirus pandemic. Her emergency powers authority is being challenged in court, but Whitmer cites a 1945 act as the basis of her actions the last few months.

“Executive orders are a declaration by Governors, in this case, that explains how they are going to use their powers at their discretion,” said Brian Kalt, a law professor at Michigan State University.

Kalt has a focus on structural constitutional law. He says based on his interpretation of the act Whitmer is referring to, she has broad power during a state of emergency, which Michigan is under until July 16.

He adds while an executive order is not a law, it has the force of law.

“If a sheriff is saying the Governor’s order is not valid, it seems to me that the thing to do is ask a court to weigh in on that, rather than just ignore the order,” said Kalt. “To me, that seems a little inappropriate and lawless frankly.”

Abbott is up for re-election in November.

“From the beginning of this health crisis, Governor Whitmer has done everything within her legal authority to protect the health and safety of Michiganders. The governor’s actions are authorized by the Constitution and the emergency statutes have been upheld by the courts. During a health crisis that has killed more than 6,000 people across Michigan, it’s incumbent upon all of us working together to defeat this disease.”

Requests for an interview and / or statement from AG Nessel went unanswered.