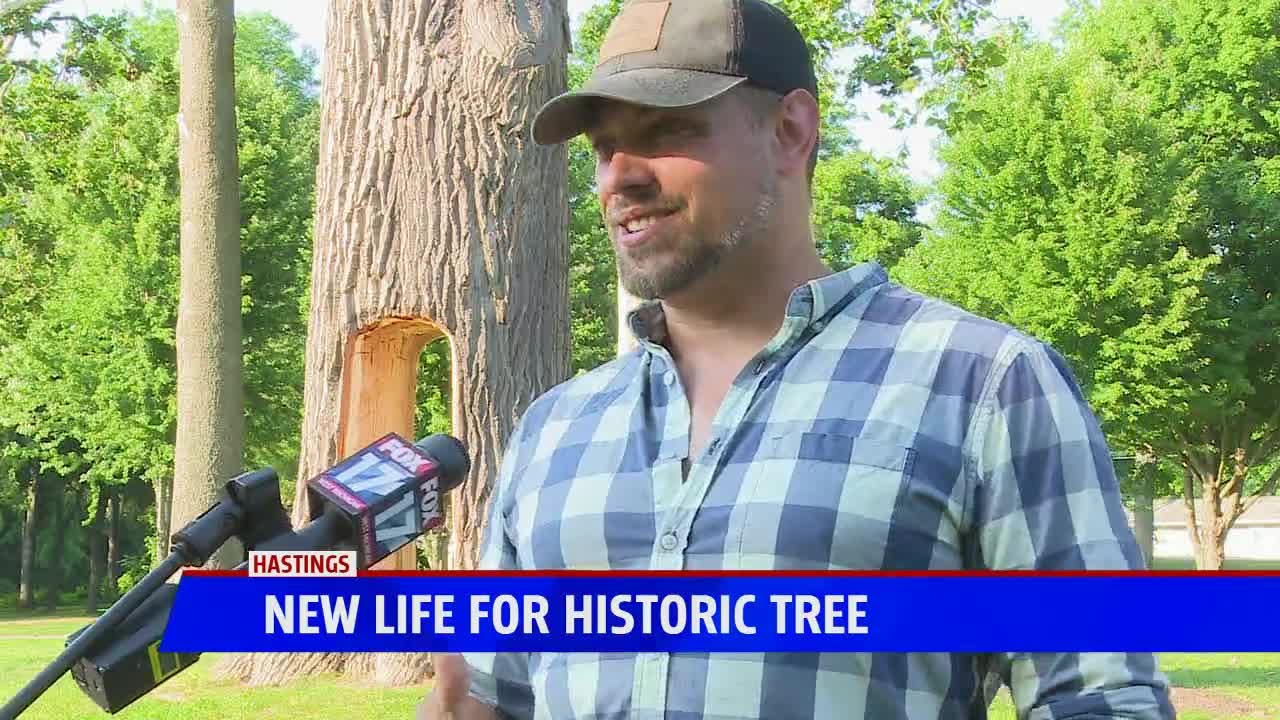 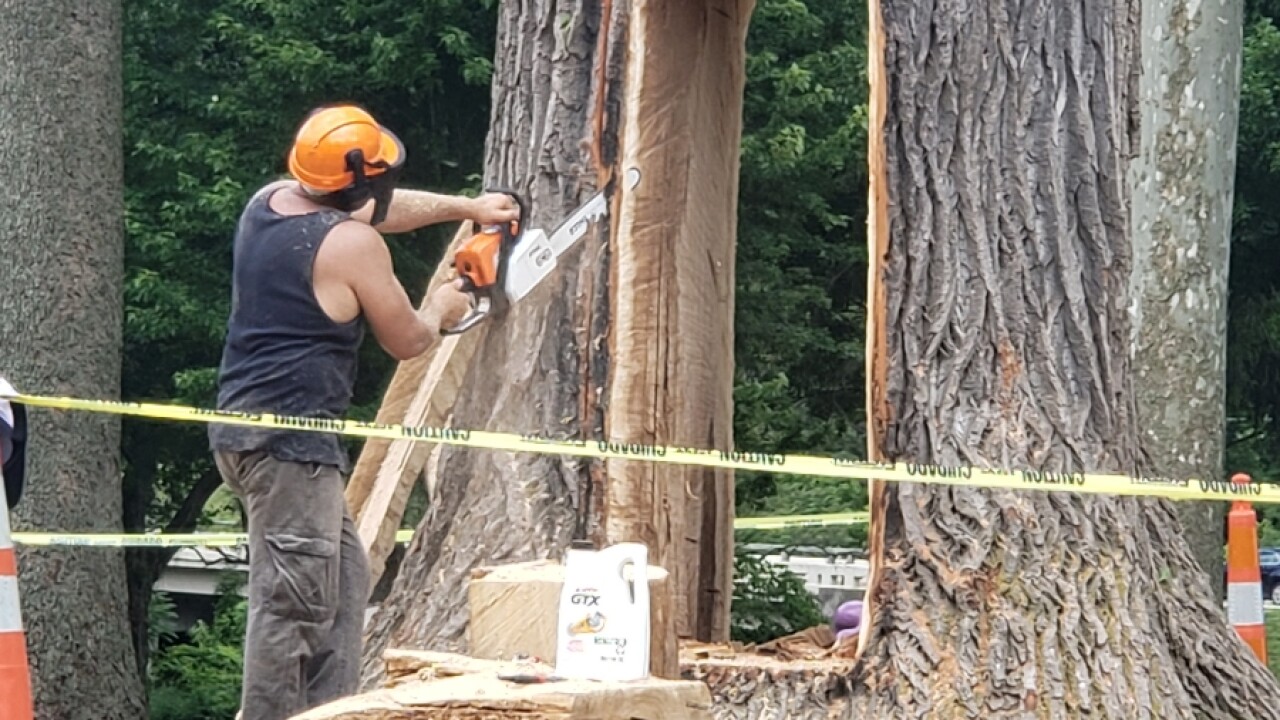 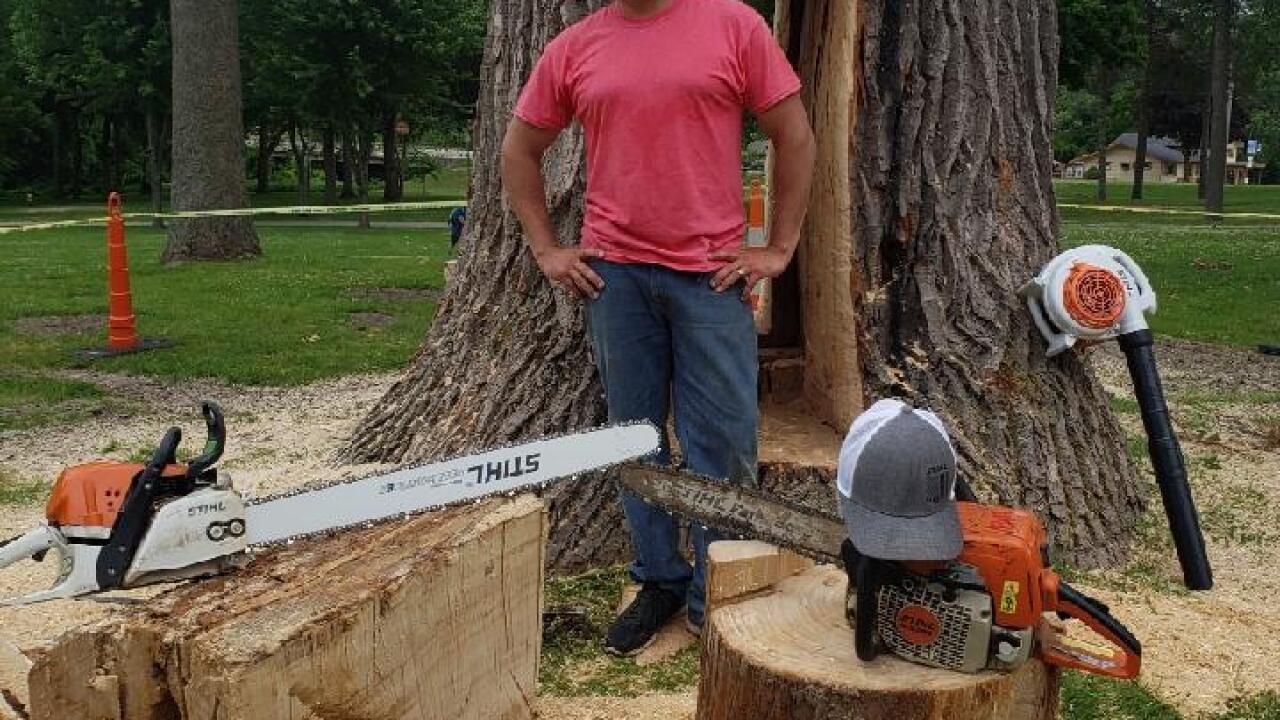 HASTINGS, Mich. — A nearly 200-year-old tree isn't nearly as massive as it was before a storm blew through Tyden Park.

The 28-foot wide tree has been a part of Hastings History. When they had to take it down for safety reasons, they wanted to do something to preserve it.

"And then on top of that it's just such an old tree. They want to do something for the community," artist Jerald Miller said.

Together, he and the city decided to make a hole straight through the tree.

"Being as large as it is, it's the only one you can walk through in Michigan, as far as I know," he said.

The Battle Creek Artist grew up in Hastings and says the tree was always part of his childhood.

"When I heard about this, I was like, oh, man, I gotta be part of this. That tree is just been so massive. When I was this big, it was the same size, you know, and now I'm this big and it's still here."

Miller said carving the tree wasn't easy, and the process to get through took him three days.

"We actually had to buy a saw, to get through this. I was working with some 20 inch bars and I was going back and forth, back and forth, it's just a way too long." Miller said.

Miller says he isn't finished working on the tree just yet.

The city is working to commission him to carve out the rest of the tree and is asking residents for design ideas and funding.

They're also adding a playset and a roof to protect the tree.

Chuck Tefft with the Hastings Department of Public Services said, "Input. We'd love to see input to have some feedback on some ideas for this tree for carving. So that would be fantastic to have some ideas put out there."

If you want to donate or give input on a design idea, keep an eye out on the Hastings Facebook page, where they'll share more information soon.