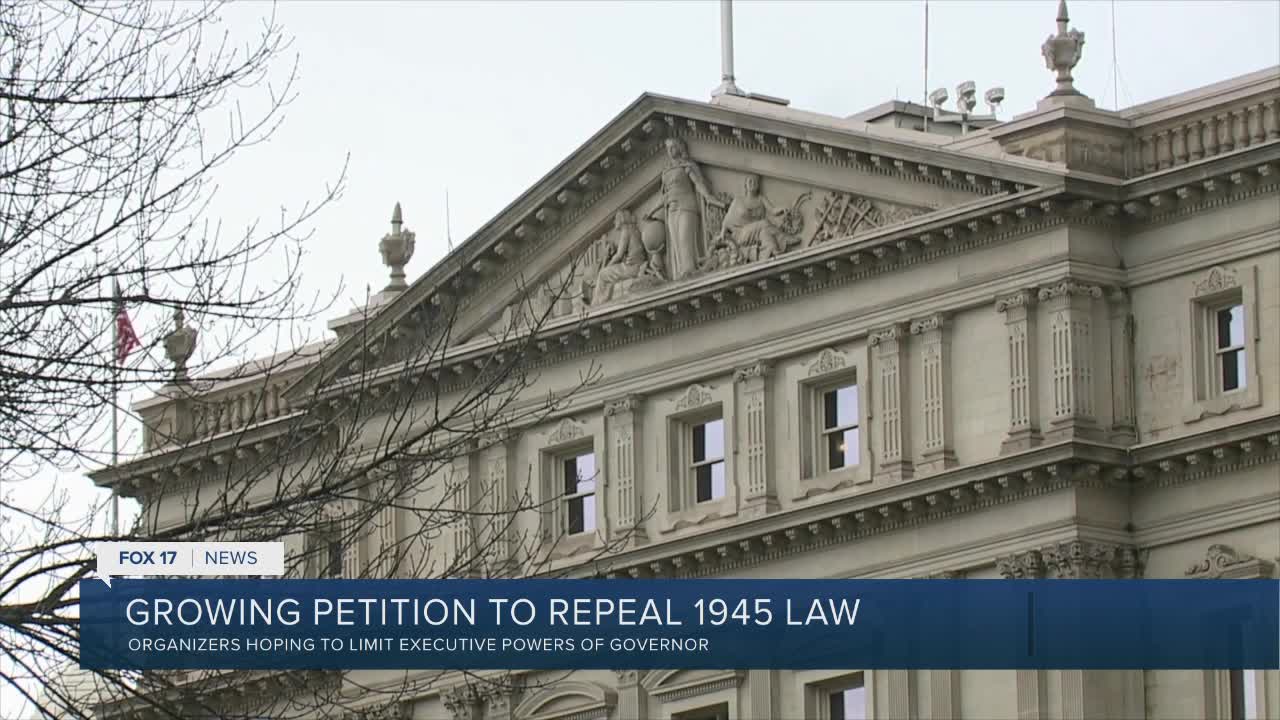 LANSING, Mich. — A state-wide campaign to limit the governor's executive powers is closing in on its target goal of 500,000 signatures. So far, the group has topped 400,000 but only needs 340,000 verified signatures to send the issue to a legislative vote.

The campaign Unlock Michigan began collecting signatures two months ago in an effort to repeal a 1945 law that gives the governor unilateral power to declare a state of emergency and issue executive orders. In conjunction with Stand Up Michigan, the campaign began distributing and circulating petitions with the help of 60,000 volunteers.

“Our goal was to reclaim our sacred rights, our constitutional freedoms," said Ron Armstrong, co-founder of Stand Up Michigan and co-chair of Unlock Michigan. "We needed to be able to say, 'Even during a time of the pandemic, we have every ability to do things safely.'"

If the campaign is successful, a 1976 law will still stand, which allows the governor to issue emergency declarations with approval from the legislature.

"We feel that the 1976 law is more than adequate to take care of emergencies in the future."

The group says the governor has called their effort is "dangerous," saying it would jeopardize the progress Michigan has made in fighting the coronavirus pandemic.

"What she is saying, then, is that she does not believe that the legislature, Democrat or Republican ... Obviously she is saying they are dangerous. They are irresponsible. They have no ability to govern. But let's look at the facts. The facts are that we have branches of government."

The group plans to collect 500,000 signatures by the end of next week and submit themto the Secretary of State shortly after. They say they hope a vote would take place in December, but the process could stretch into the new year.