What Trump, Biden need to do to win Tuesday's presidential debate 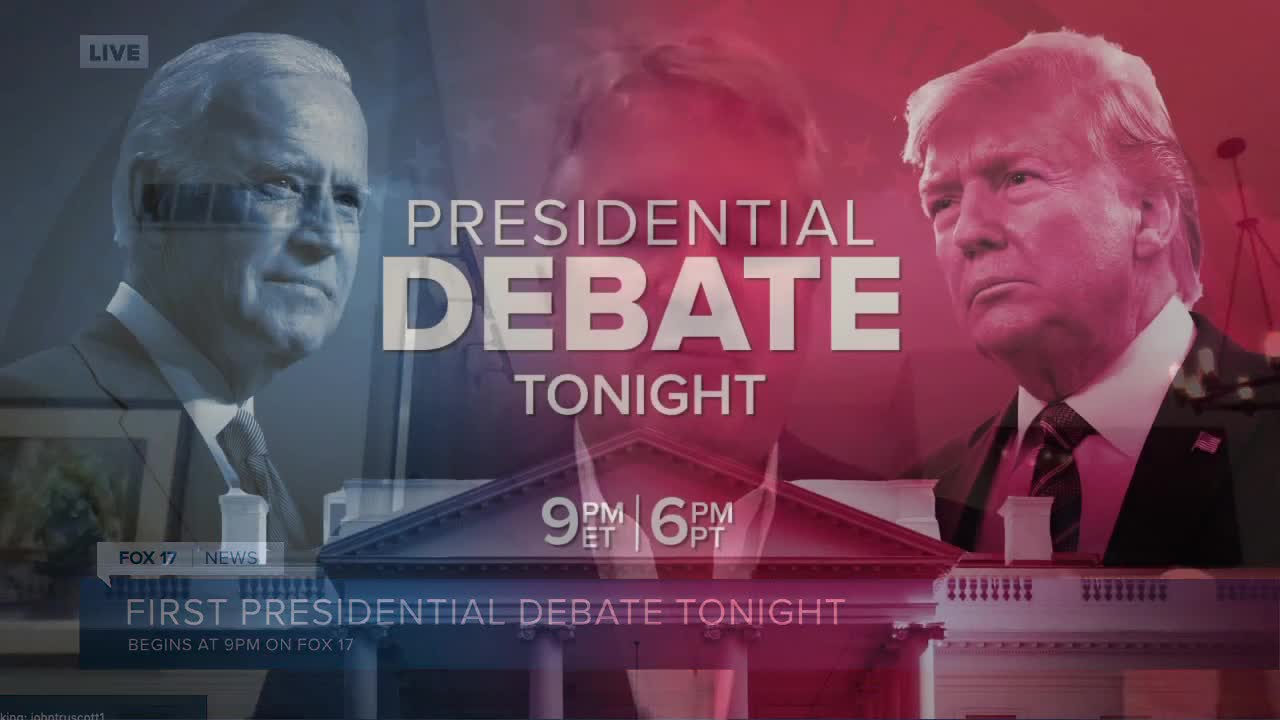 GRAND RAPIDS, Mich. — Usually, candidates going into a debate should have one goal: to do no harm to their campaign.

“They’ve really been downplaying Joe Biden’s appearance, saying all he has to do is kind of show up, be there,” Truscott told Fox 17. “And some people are saying that President Trump has to score some sort of knockout. I don’t think either one is quite true.”

Truscott thinks Biden will have to appear strong to impress viewers, while Trump will need to show he’s sharp, bright and be ready to defend his record as president.

Discussion about the economy will rule the day.

“People want to know what’s in it for them,” Truscott said.

Other potential big topics include the pandemic response and Trump’s Supreme Court nominee.

What’s clear to Truscott is how important Tuesday night’s debate will be during an election cycle in which the candidate haven’t gotten to see a lot of voters face-to-face because of COVID-19.

“I think this debate is probably the most consequential debate that we’ve had, at least in our lifetime,” Truscott said.