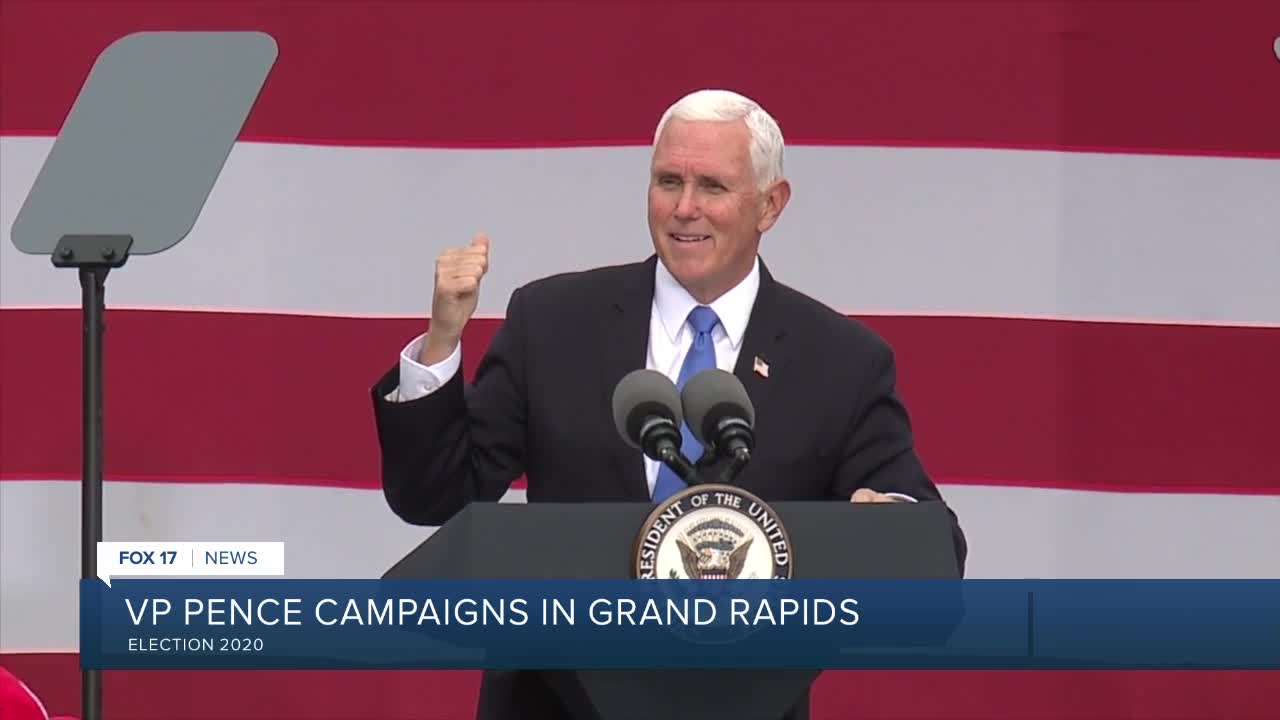 GRAND RAPIDS, Mich. — Speaking to a tightly-packed group at a local manufacturing company, Vice President Mike Pence made a final push to appeal to voters Wednesday, two days before the president himself is scheduled to be in West Michigan.

“I’m here for one reason and one reason only,” said Pence, after bounding out on stage to music and applause, “and that is Michigan and America need four more years of President Donald Trump in the White House.”

Speaking at Lacks Enterprises, a manufacturing company based in Grand Rapids, the Vice President touted the administration’s success with the economy, even as it bleeds from months of disruption during the coronavirus pandemic.

“You know I’m from just down south in the Hoosier state I always like to say out in this part of the country, we do two things particularly well. We make things and we grow things, right?” said Pence.

But as Pence highlighted job growth over the president’s first term to the crowd, he barely touched on the recent effects of the global pandemic that saw almost 18 million Americans out of work at the peak of pandemic-related job loss.

As senators questioned Judge Amy Coney Barrett on Capitol Hill for her third day of confirmation hearings, the vice president addressed the hearings as they were happening.

Pence also addressed failures from both Joe Biden and running-mate Kamala Harris to say whether they would pack the court with more justices if the election went to Democrats.