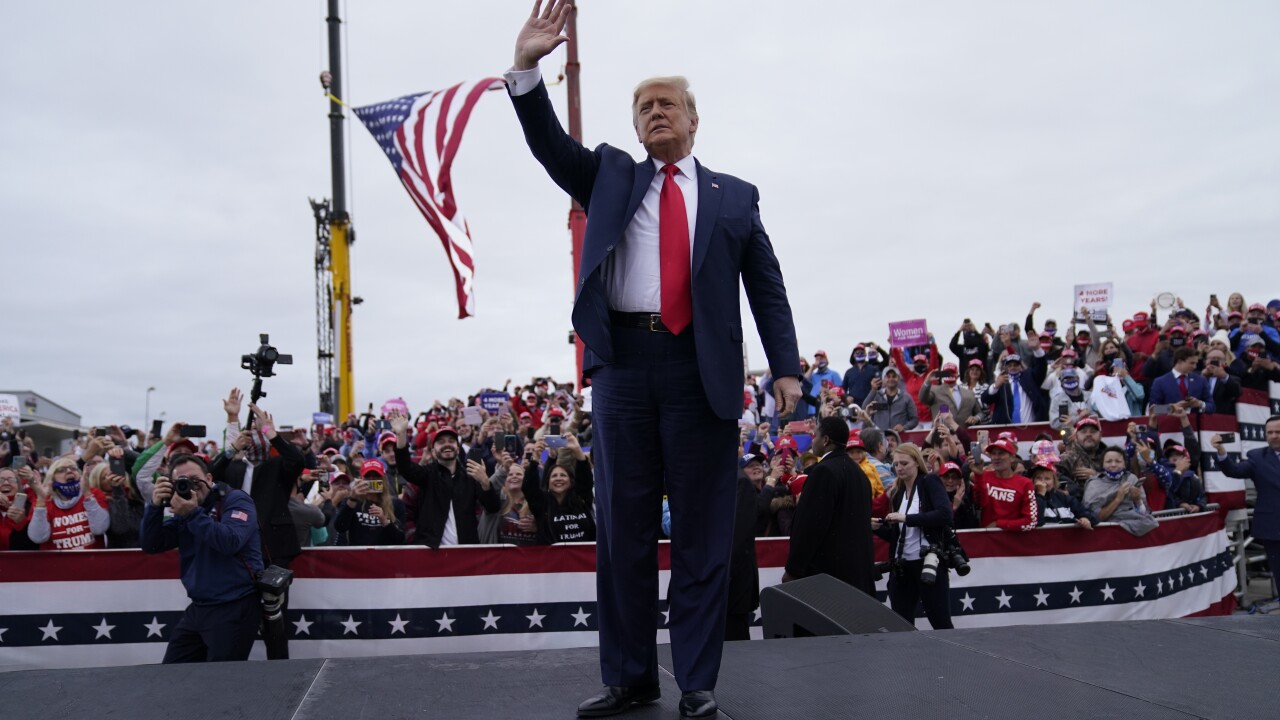 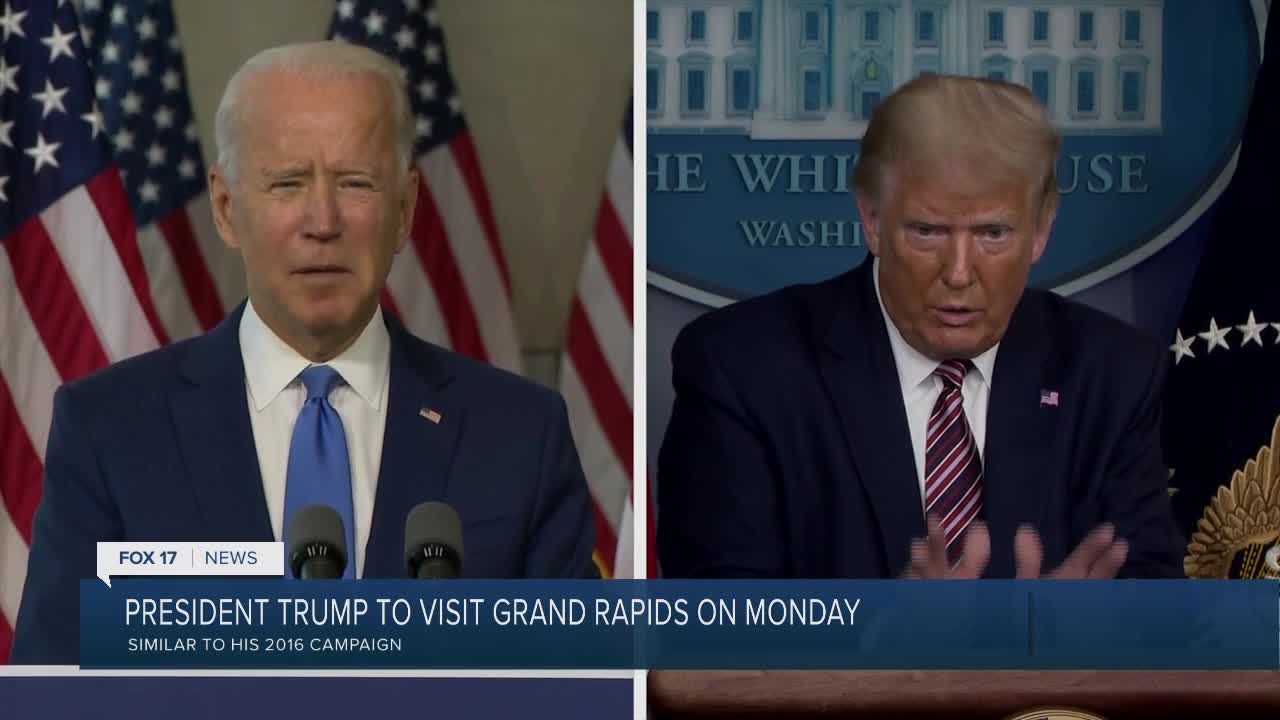 President Donald Trump visited the Grand Rapids area the night before Election Day — just as he did in 2016 before winning the state.

Trump started speaking just before midnight and spoke for over an hour.

Pence arrived first and spoke to the crowd at around 10:30 p.m.

The rally at Ford airport was Trump's last scheduled campaign event, according to the Trump campaign's website.

The rally was hosted by AvFlight on the airport's property, according to a spokesperson for the airport.

The airport reminded AvFlight of its "obligation" to follow all state and federal health guidelines, including the new Michigan Department of Health and Human Services limits on gatherings, the spokesperson said.

Michigan is a battleground state for Trump and the Democratic nominee, former Vice President Joe Biden.

Trump, Biden and their surrogates have made multiple trips to Michigan during their campaigns, particularly in the race's final weeks.

On Saturday, Biden campaigned with former President Barack Obama in Flint and Detroit. On Oct. 16, he stopped in Southfield and Detroit.

In 2016, then-candidate Trump came to Grand Rapids on the eve of Election Day, holding a rally at DeVos Place downtown.

Trump went on to win Michigan over Hillary Clinton by a thin margin in 2016.

It was the first time a Republican presidential candidate took the state since 1988, when George H. W. Bush defeated Michael Dukakis.