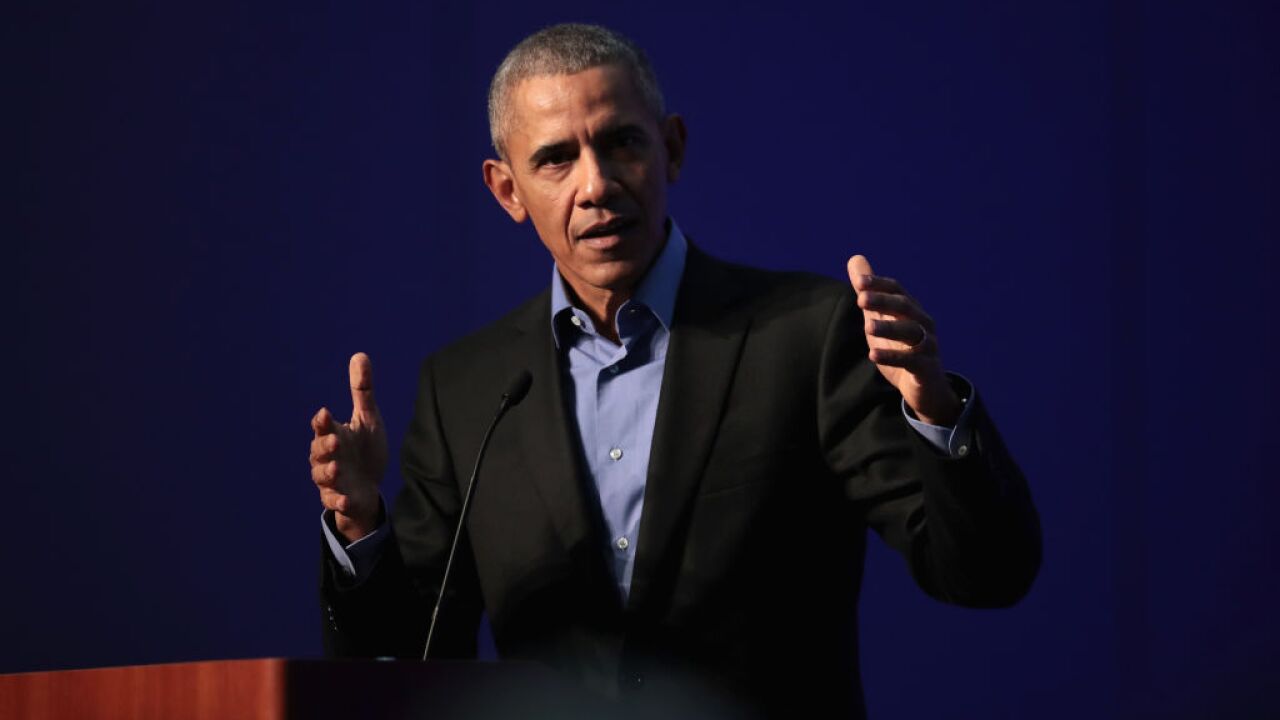 CHICAGO, IL – DECEMBER 05: Former president Barack Obama speaks to a gathering of more than 50 mayors and other guests during the North American Climate Summit on December 5, 2017 in Chicago, Illinois. The summit was held to bring together leaders from the U.S., Canada and Mexico to commit their cities to addressing climate change at the local level. (Photo by Scott Olson/Getty Images)

Obama and Biden appeared at drive-in rallies in Flint and Detroit on Saturday in their effort to return Michigan to Democrats after President Donald Trump scored a surprising victory in the state in 2016.

WATCH: The campaign stop in Flint

WATCH: The campaign stop in Detroit