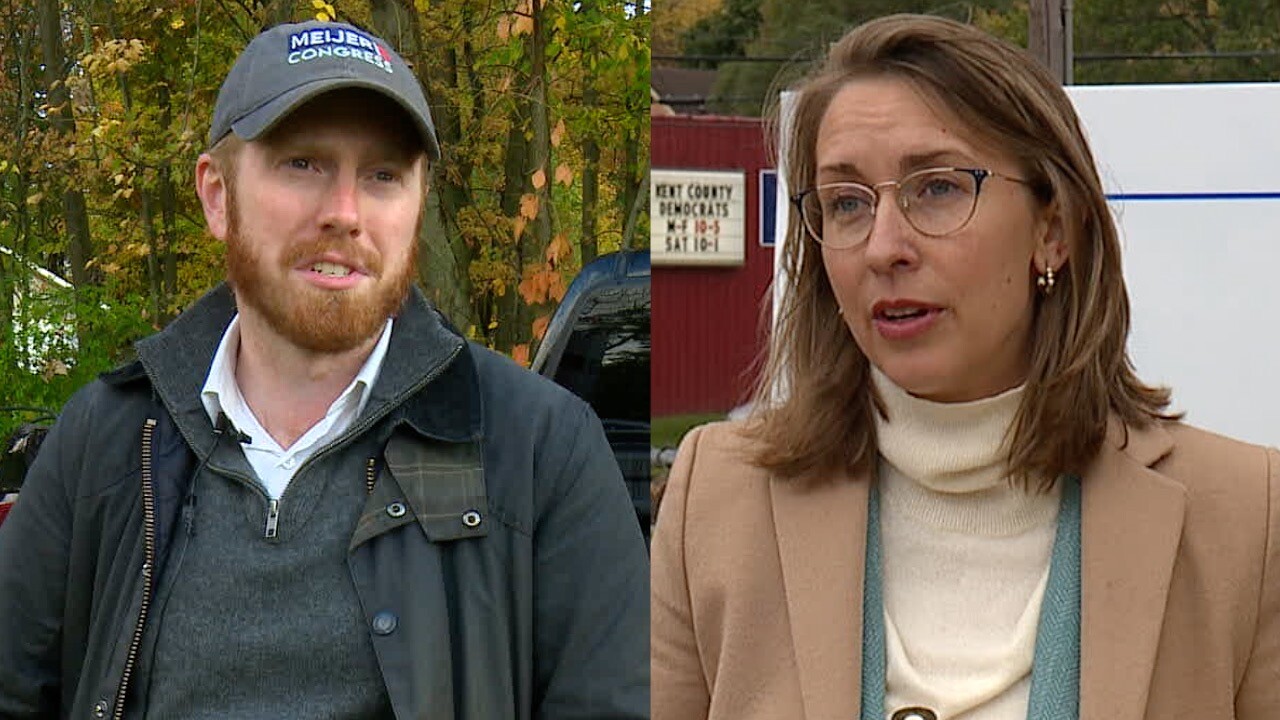 The 3rd district, mostly centered around Grand Rapids, is historically a GOP stronghold, but the latest polling shows this race tightening in the final stretch.

This week the Democratic Congressional Campaign Committee released an internal poll that had Scholten up 5% on Peter Meijer, though internal polls FOX 17 obtained from the Republican side are giving Meijer a 7% advantage. Both polls had a 4.9% margin of error.

However both polls also show something else that could be a mark of how voters may be shifting in Michigan's 3rd District. They each show a slight 2% lead for Joe Biden over President Donald Trump among voters in the district. Trump won the district 10 percentage points four years ago.

Incumbent Rep. Justin Amash, who is not seeking reelection, tweeted that people who follow local politics should not be surprised.

The polls showing Trump losing in #MI03 are no surprise to me or others who pay attention to politics in West Michigan. 2016 was the fluke. This district has been close for many years. While I consistently won by large margins, other Republicans fared worse over the same areas.

On Wednesday, the non-partisan Cook Political Report shifted the 3rd District race from leaning Republican to a toss-up.

With less than two weeks ago, experts think this will be a close race.