Michigan leaders respond to Wayne Co. Board of Canvassers gridlock 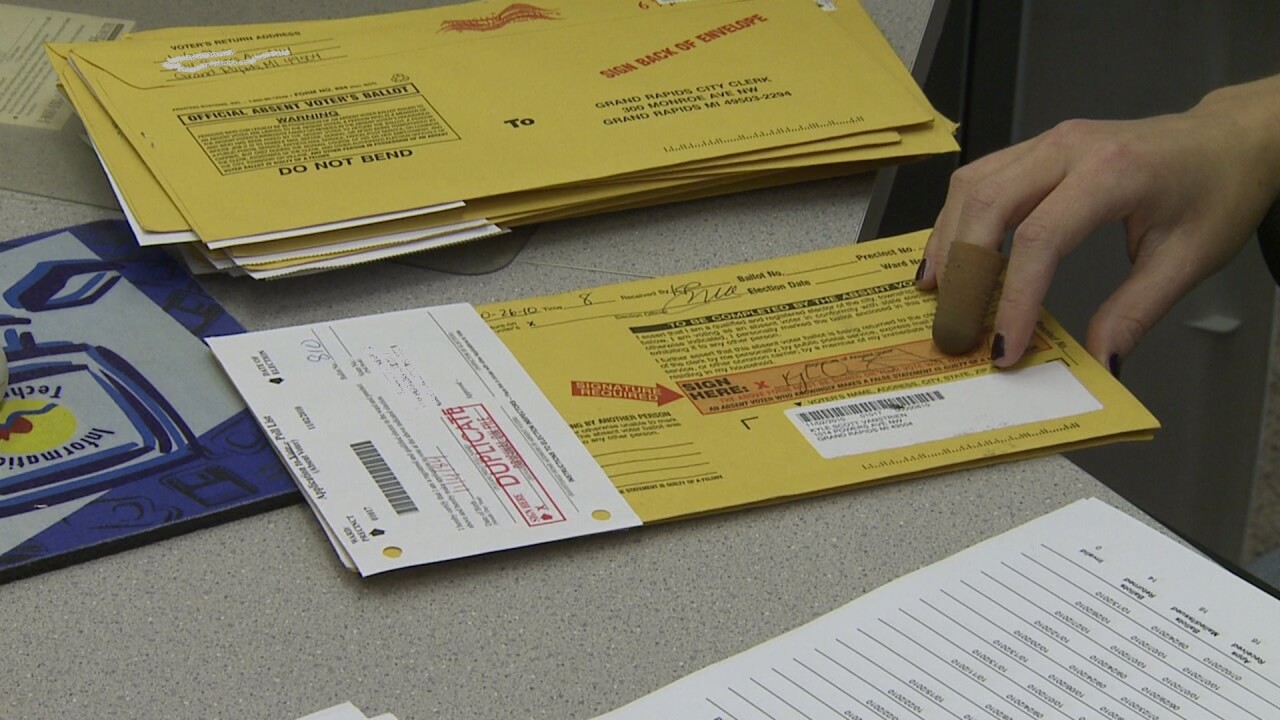 LANSING, Mich. — Michigan's party leaders and secretary of state responded Tuesday evening to the news that the Wayne County Board of Canvassers has failed to certify election results.

Board members were deadlocked 2-2 along party lines.

The state Republican Party is praising the outcome of the meeting, while Democrats are calling it shameful and irresponsible.

Benson emphasized that this is not an indication that any votes were improperly cast or counted.

My statement on the actions taken during today’s meeting of the Board of Wayne County Canvassers. pic.twitter.com/Vb2TRpiLdJ

"In refusing to approve the results of the election in Wayne County, the two Republican members of the Wayne County Board of Canvassers have placed partisan politics above their legal duty to certify the election results," Whitmer said. "The people have spoken: Joe Biden won Michigan by more than 140,000 votes. Today’s action is a blatant attempt to undermine the will of the voters. The process, however, will move forward. Under Michigan law, the Board of State of Canvassers will now finish the job and I have every expectation they will certify the results when the job is done."

“The people of Michigan deserve to know what happened in Wayne County on Election Day and the days following," Cox said. "I am proud that, due to the efforts of the Michigan Republican Party, the Republican National Committee and the Trump Campaign, enough evidence of irregularities and potential voter fraud was uncovered resulting in the Wayne County Board of Canvassers refusing to certify their election results. This action will allow more time for us to get to the bottom of these deeply troubling irregularities. The people of Michigan deserve fair, open and transparent elections, and we will continue to fight for just that.”

"In an outrageous display of partisan posturing, the two Republicans on the Wayne County Board of Canvassers refused to certify the election results. Monica Palmer and William Hartmann have chosen to tarnish their personal legacy by picking up the GOP banner of making allegations without any evidence. For the Republican members of the Wayne County Board of Canvassers to buy into conspiracy theories and completely disregard the will of the voters in Michigan is not only shameful but a complete dereliction of duties.

It was made clear by the comments during the meeting by Palmer and Hartmann, that they have no true understanding of the task they have been charged with and zero understanding of Michigan statutes governing recounts. This action does away with a long and proud history of Wayne County Board of Canvassers acting in a truly bipartisan fashion, protecting the sanctity of the vote and instilling confidence in Wayne County residents that their votes were indeed counted and counted correctly. Which is exactly what happened this year. The actions of Palmer and Hartman disrespects and disregards the voters of Wayne County, the incredibly hard work of the dedicated poll workers and clerks of Wayne County all in the name of partisan showboating.

Before public comment concluded and the business of the meeting was done this evening, Laura Cox, Chair of the MIGOP released a statement taking credit for persuading the Republican members of the Wayne County Board of Canvassers refusing to certify the election results. This just confirms that this is nothing more than political showboating based on partisan positioning. Even during the meeting, Palmer and Hartmann conceded that their actions would not impact any results.

While bringing shame on themselves and MIGOP leadership, Palmer and Hartmann have now shown us they are willing to violate the oath they took when they were appointed to the Board of Canvassers."