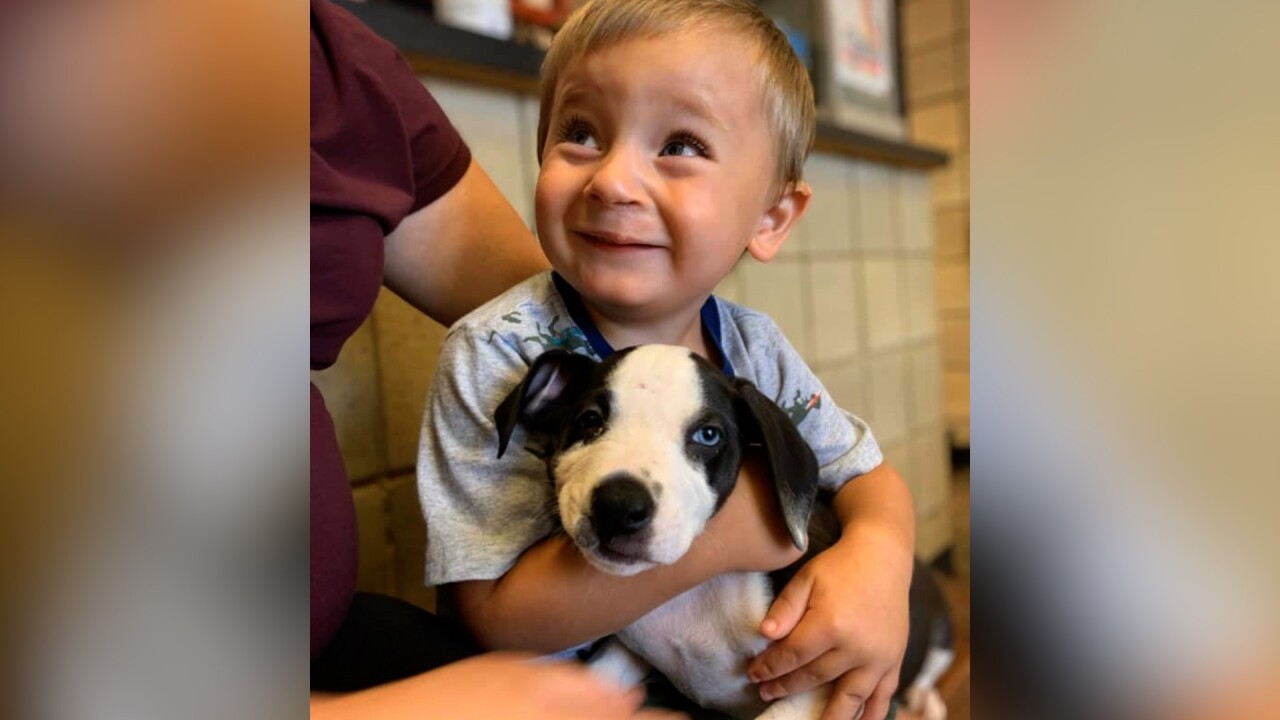 JACKSON, Mich. — A 2-year-old Jackson boy may have found the perfect match in man’s best friend.

A trip to the animal shelter, turned into a surprising discovery Brandon Boyers needed to tell his wife about,

“I immediately called her and she was pretty over the moon about it, it’s just not a super common occurrence and it seemed like it was meant to be,” Brandon Boyers told FOX 17.

Brandon came across a little puppy, born with a cleft lip.

A birth defect his family knows all too well about.

“He went to the pound looking for two chickens and he found her, it was meant to be, we were like 'we need her',” Ashley Boyers said.

Brandon and Ashley’s two-year-old son Bentley was also born with a cleft lip.

Ashley says it was tough in the beginning but after two surgeries Bentley is happy and healthy.

The happy-go-lucky kid was happier than ever to meet a puppy just like him.

The two are now an inseparable duo and a perfect match to remind one another of what they overcame.

“I think it will have a lot more meaning to him to have a puppy with same birth defect he had, because it shows that neither of them are any different than any other kid or puppy that are their age, they both are equal to all each other.” Ashley added.

This match even more improbable because the puppy was actually born in Mississippi and only brought to Michigan because shelters down there were full.