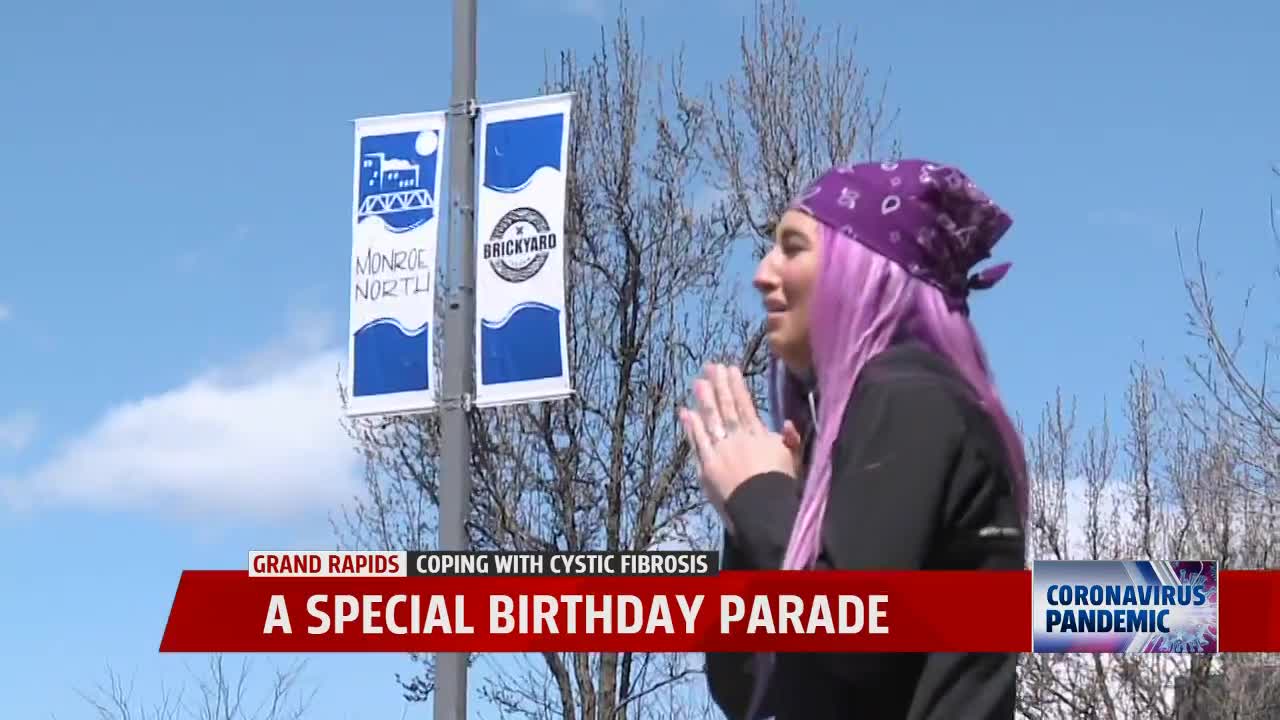 Community comes together for a 29th birthday parade.

GRAND RAPIDS, Mich. — Tears were flowing in Grand Rapids on Saturday afternoon as Sophia Cerniglia was surprised for her 29th birthday.

"I don't know if I can put this into words," she said, "I honestly thought this was going to be the worst birthday ever because birthdays mean a lot to me."

Sophia has cystic fibrosis, meaning April 19 every year is a reason for a big celebration.

"Having cystic fibrosis and getting another year is such a precious gift," she smiled, "birthdays have always been huge for me. Not getting to see my family today has been really, really hard."

And with her being high risk for COVID-19, Sophia's family continues to do everything they can to keep her safe.

"I know it's going to make a great impact for her, she's having a tough time," her father, Ted said, "we have to keep her especially quarantined because she has lung function that isn't the greatest."

Her mother was emotional talking about the day as well.

"We just hoped and prayed that she'd live long enough to see 29," Suellen Cerniglia explained, "now it's here and we can't be with her. It's hard but we're grateful, we're so grateful."

Dozens of her family and friends decorated their vehicles and followed a Grand Rapids Police Department cruiser down Monroe Street.

"I had no idea," Sophia laughed, "then it got closer and people were waving out their windows and stuff, I instantly started crying, I couldn't believe it was for me."

Sophia was overcome with emotion and says while she was expecting this to be a tough birthday, it actually turned out to be her best so far.

"I'm over the moon," Sophia said, "I'm so grateful for the people that I have in my life and I wouldn't be here without them."