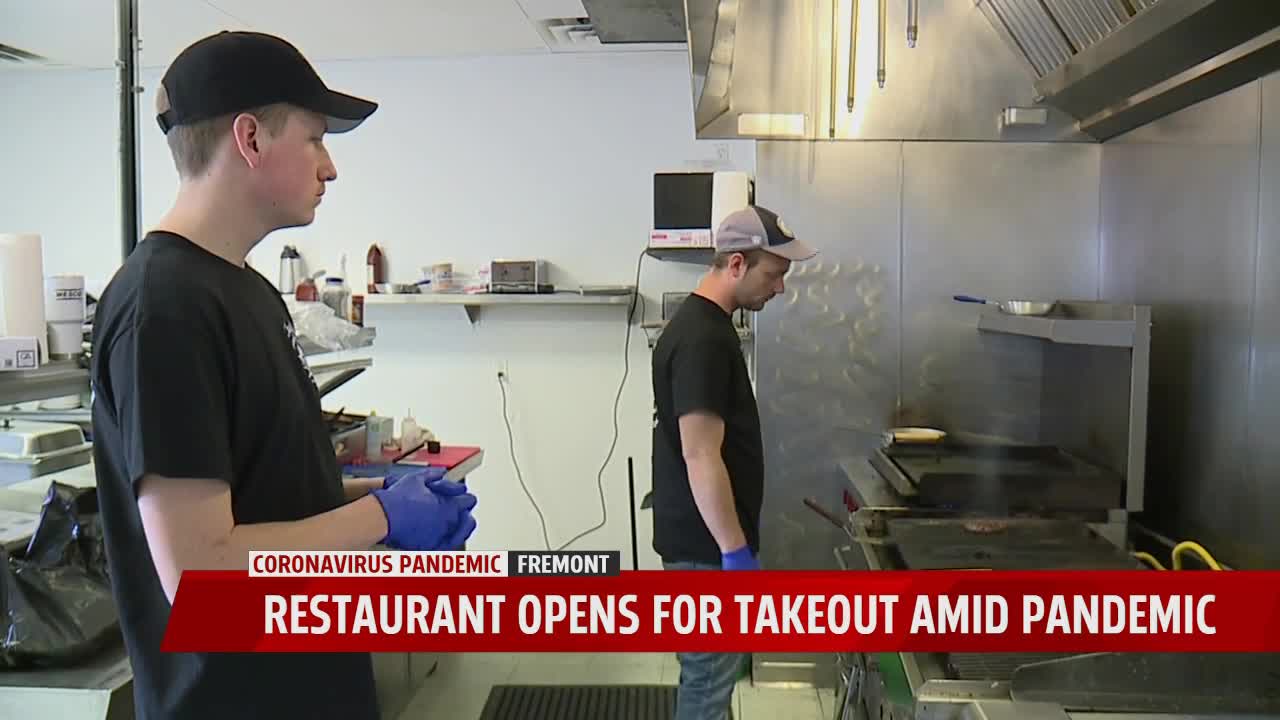 Restaurant opens for takeout amid pandemic.

FREMONT, Mich. — The COVID-19 pandemic is a tough time for everybody, especially those in the food industry.

Charlie's Family Grill in Fremont just opened on Friday, despite the untimely quarantine. Even with everything going on, the restaurant continues to take call after call as the pandemic continues.

"We started the plans back in June," said co-owner David Robinson, "my oldest son, Ryan, approached me and said he wanted to open up a steakhouse in Fremont."

Since then, they've been working hard to be ready for business by this spring but the pandemic quickly derailed those plans.

"When we found out she extended the quarantine, I told them to bring in the to-go aspect to benefit our community a bit," mentioned David's son and fellow co-owner, Ryan Robinson.

The family got the kitchen fully functional and with the approval of local health officials, they were open for takeout. The response was unbelievable.

"Friday was an extremely busy day," David added, "we sold out of almost everything that we got in on Thursday."

The owners weren't sure what to expect but said they were taking calls all day long and had nearly a three hour backup.

"We had no idea what to expect," said co-owner Joe Krizov, "we thought it would be a slow moving day but we started getting calls and the phone never stopped ringing, it was crazy."

It wasn't the grand opening they expected but it was successful, all thanks to the Fremont community.

"We appreciate the community and the amount of support they've given us the past couple of days," Ryan said, "so we're trying to give it back to them with the food we are offering."

The family says the interior still has about two months left before it's finished but they're unable to get the products they need due to the pandemic. They say they'll have a second grand opening once all of it passes.