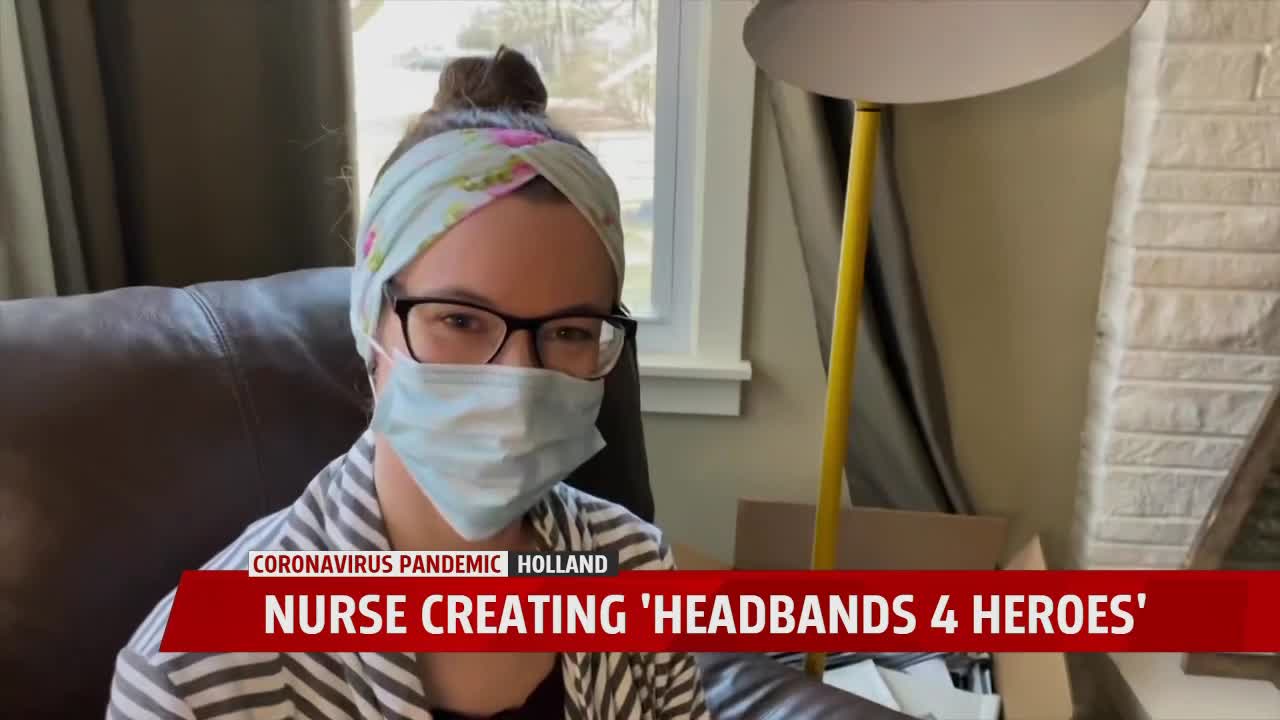 (FOX 17) — Allegan resident Brittany DeHaan is a surgical nurse at Holland Hospital and she is now helping some of her own.

"I'm a surgical nurse and I haven't worked much because the elective surgeries are all cancelled," she said, "I've just been sewing buttons on headbands."

The headbands she's creating serve as a way to preserve nurse's ears from the elastic on their masks during their shift.

"They're getting blisters and rashes," she explained, "and in extreme cases, their earlobes are getting cut and bleeding from the straps being on for so long."

And that's why she created 'Headbands 4 Heroes' which has now helped thousands of nurses all over the country and even the world.

"We've hit 49 states. We sent one to Alaska already, a few to United Kingdom, to Canada and a couple to Australia."

It may be a simple act but it's helping to make a big difference for those on the front lines.

"Some of these people are working 12 hours with very sick patients," DeHaan added, "some have told me they've lost half their patients by the time their shift is over. They come home and there's a little package in the mailbox for them, it just makes their day."

Several people have donated headbands to DeHaan and she says more than 1,900 of her headbands with buttons have now been sent out in just a few weeks,

"I just want them to be able to work and not be in pain so they can focus on their patients," she said.

If you would like to help out or donate to the cause, you can find a link to the 'Headbands 4 Heroes' Facebook page here.