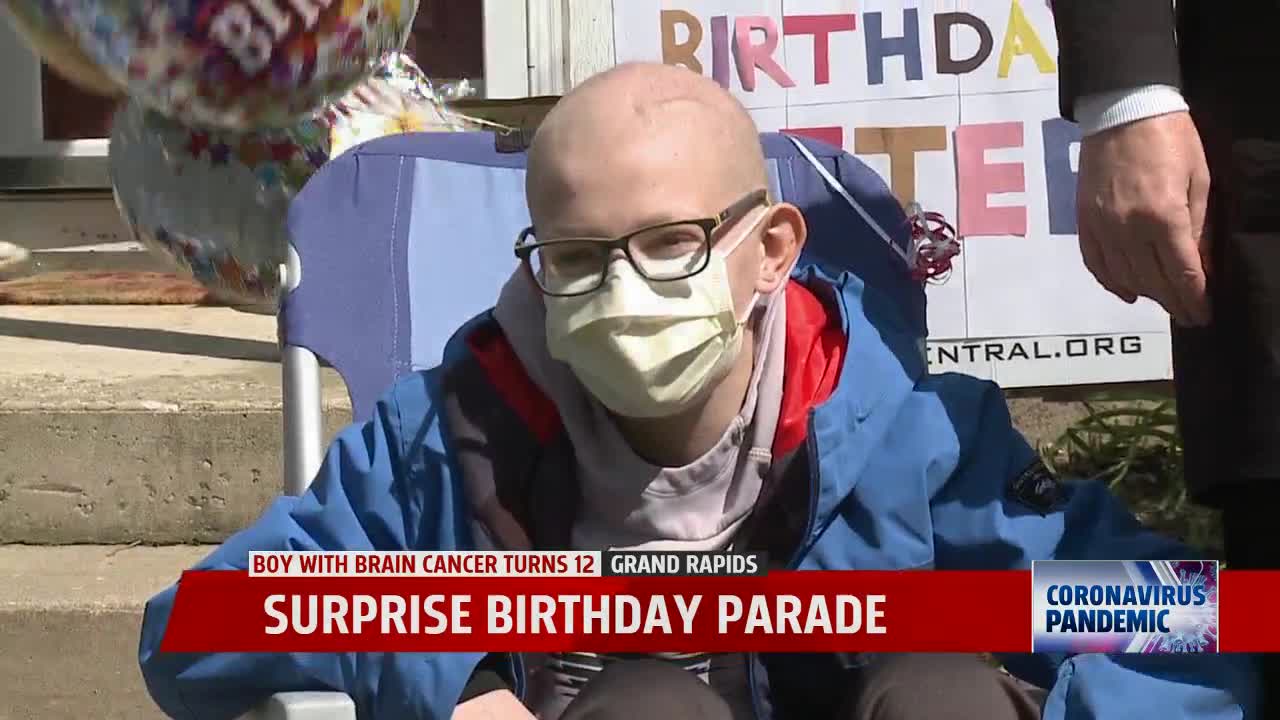 GRAND RAPIDS, Mich. — Over the past few weeks, there have been countless amounts of creative birthday celebrations during this ongoing pandemic.

However, a birthday parade on Saturday in Grand Rapids meant a little bit more.

Police sirens and the sounds of honking filled his Grand Rapids neighborhood on Saturday afternoon for a surprise birthday parade. Just a year ago, Peter was in the fight for his life.

"He was diagnosed with brain cancer last July," his mother, Lucyna said, "he had almost a 19 hour surgery. He went through radiation and he's going through chemotherapy right now through September."

And that's why Saturday's parade meant so much. Despite the pandemic getting in the way of a normal party, his family and the community came together to make sure his day was as special as possible.

"I didn't expect this," he smiled through his mask.

Over 60 cars filled with family and friends drove by as Peter and his parents wave. The parade was led by six police cars, thanks to the Grand Rapids Police Department.

"We come out here to do this for people like Peter," Neil Gomez, a GRPD Sargent said, "what bigger and better thing to do than something like this?"

Even in a time like this, the community stepped up to make a very special young man smile on his special day.

"It's the beauty of humanity," his mother said, "with all the cops coming, it gave you chills and it gave you hope in this kind of darkish period right now."

And as for Peter, he says this is the best birthday he's ever had and it will raise the bar for the future.

"I did not think that many people would come," he laughed.