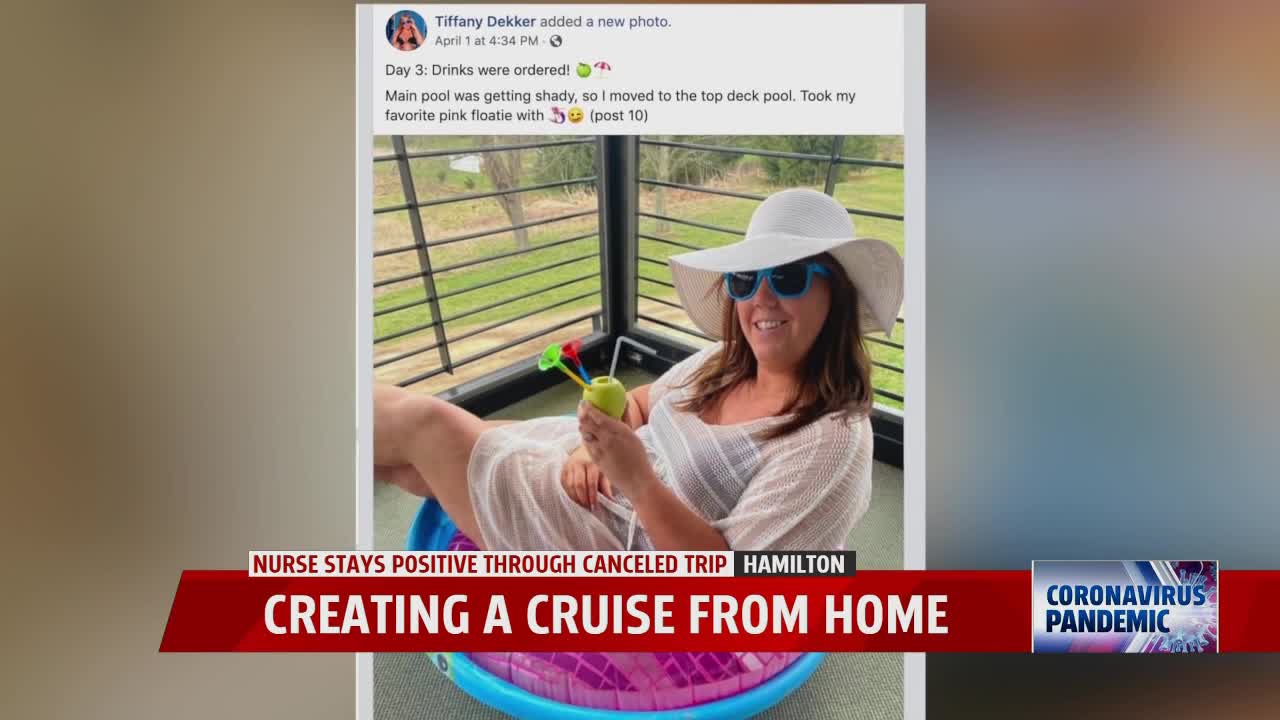 HAMILTON, Mich. — The COVID-19 pandemic has not only effected every day life, it has also cancelled trips of a lifetime.

"I was upset because we've been planning this for a long time," said Hamilton native Tiffany Dekker.

Tiffany and her three friends were supposed to leave for a five day cruise to the Bahamas on Monday but that, of course, was cancelled.

"I would say maybe I was in denial," she laughed.

Instead of wasting the vacation time she had planned, she decided she was going to make the most out of a tough situation.

Instead of the Bahamas, she brought the cruise to West Michigan and tried to lift the spirits of the three others who were expecting to go with her.

"I privately sent them videos I was taking and I said, 'you know what? I'm going to share these with everybody."

That's when she took to Facebook to document her journey on her virtual cruise from home.

"Some of those that saw the posts said they felt like they were on the cruise with me as well, that was cool."

Tiffany created everything from towel pets like you'd see on a cruise ship, to a buffet with great desserts and even enjoying the water. However, she had to get creative with the tropical drinks from home.

"I don't have a coconut but I have apples at home so I made a drink out of an apple," she laughed.

While she may have missed out on a vacation that has been in the works for years, Tiffany says it's all about spreading positivity in a time when we all need it.

"You have to lift yourself up," she said, "you have to bring something positive out of a bad situation, I always like to look at the glass half full."

She says the trip took about seven years to plan but she's hopeful they can reschedule once the pandemic is over.