Several hundred show up to 'Stand Up' event in downtown Newaygo 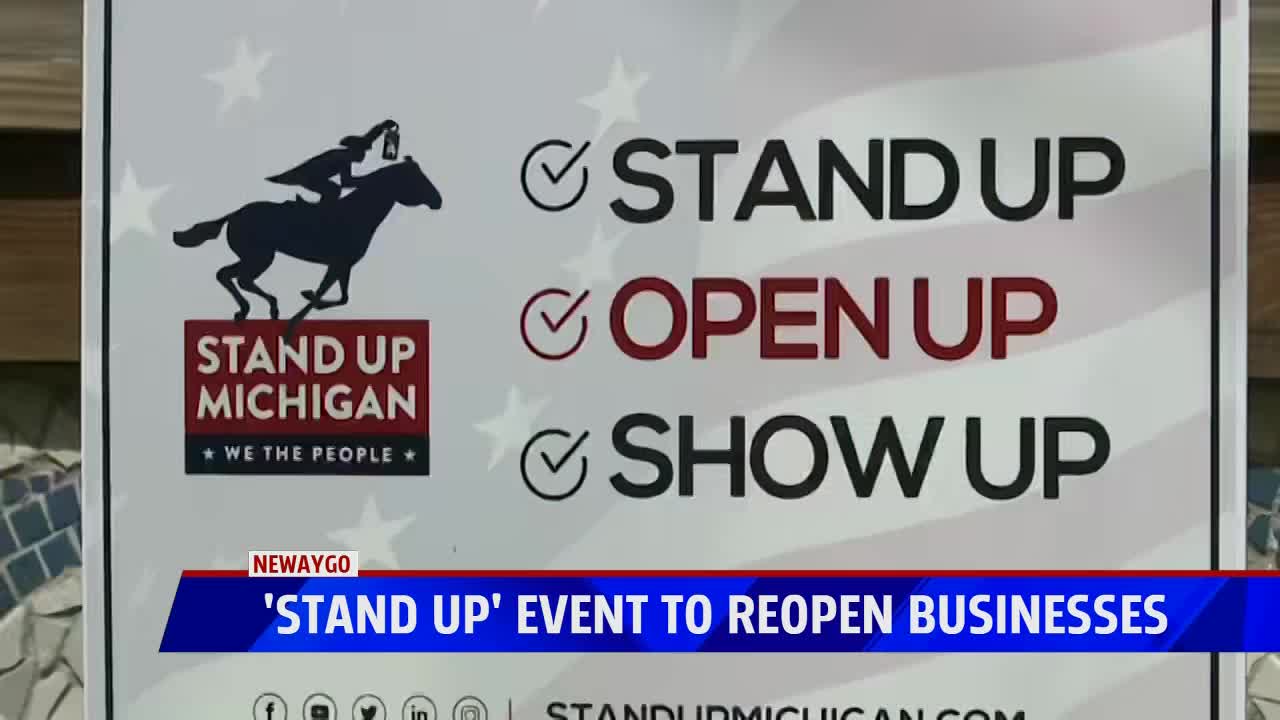 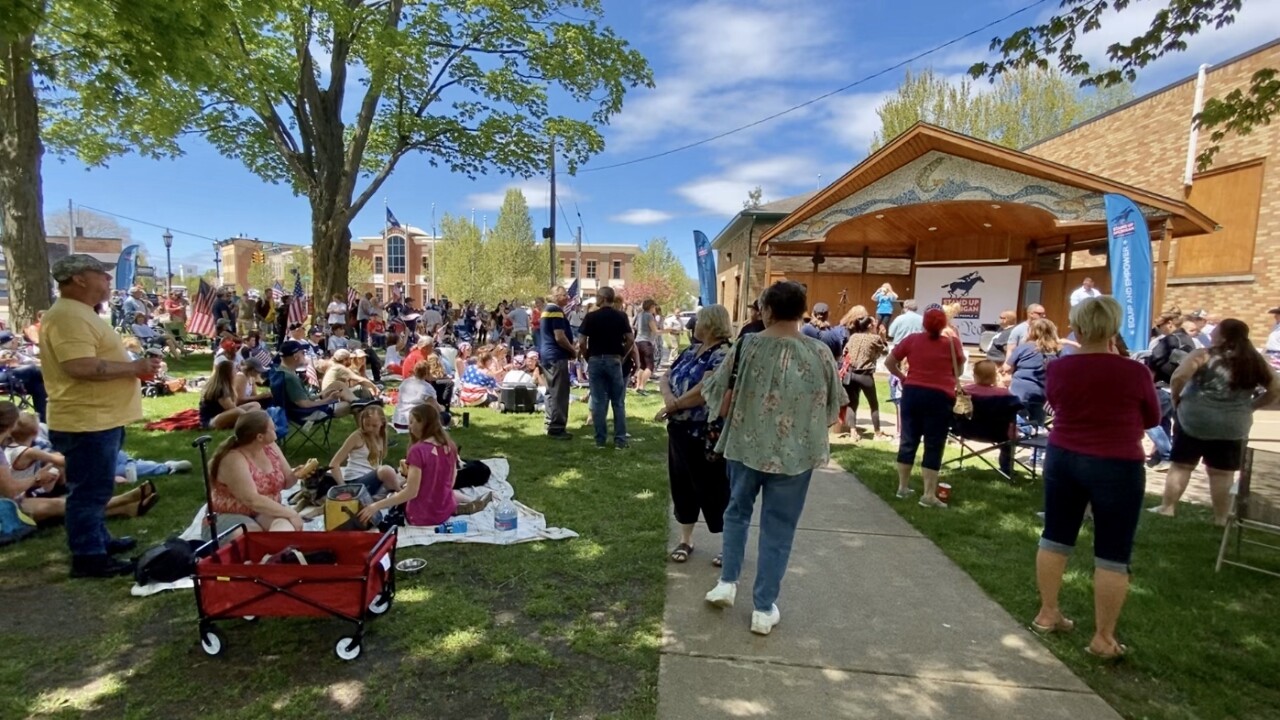 NEWAYGO, Mich. — Several hundred people showed up from across the state Thursday to an event organized to help get the local economy in motion.

The event was organized by Stand Up Michigan, a group formed in the last few months by Kalamazoo chiropractor Garrett Saldano. Dubbed 'Stand Up, Open Up, Show Up', the event urged local businesses in the downtown Newaygo area to open up for customers Thursday.

A crowd pushing 500 people was peaceful while listening to speakers in Brooks Park. Instead of the protest signs seen at recent political rallies in Lansing and Grand Rapids, attendees were holding American Flags.

"This is not a protest, we are not for any political party. This is about being an American and we are trying to activate this group of people to go down and spend money with all these businesses that are open," Soldano told FOX 17 Thursday afternoon.

The event garnered some backlash online earlier in the week after several business owners said they were not contacted during the planning stage and that they would not be opening up for Thursday's event.

Some of those restaurants and stores were providing curbside or pickup service Thursday, as many have throughout the pandemic.

Nick Looman, owner of Newaygo Brewing Co, said while he would have appreciated the group reaching out beforehand, the people stopping in to eat and drink Thursday had all been great customers.

“We have been serving a lot of guests for take-out only and our outdoor patio and I really appreciate all that business and I don’t think anyone in Newaygo is upset with the traffic, Looman said.

Business owners said they were seeing customers come in from across the state.

"A lot of support coming from the community, both people that live in Newaygo as well as people coming from as far as, i think, 3 hours away," said Shelley Staeven of Downtown Threadz.

"We're people. This is what we need. We need to interact," said Rachelle Nausadis, also of Downtown Threadz.

Attendees of the event were there to show support for both local business and Stand Up Michigan's message of less government restrictions.

“It feels great just being out around people again.... I want life to go back to normal normal, not having to stay away from people and not interact and not communicating," said Max Decou, who traveled in from Lapeer.

While some were just out for a nice afternoon in downtown Newaygo.

“We found a great coat on sale, a few t shirts. We had some lunch and a gin n' tonic,” said Judy Carver, who traveled in from Rockford with her husband.

Organizers happy with the turnout, even if not all of the businesses downtown wanted to be involved.