At least 1 person was arrested outside during the rally 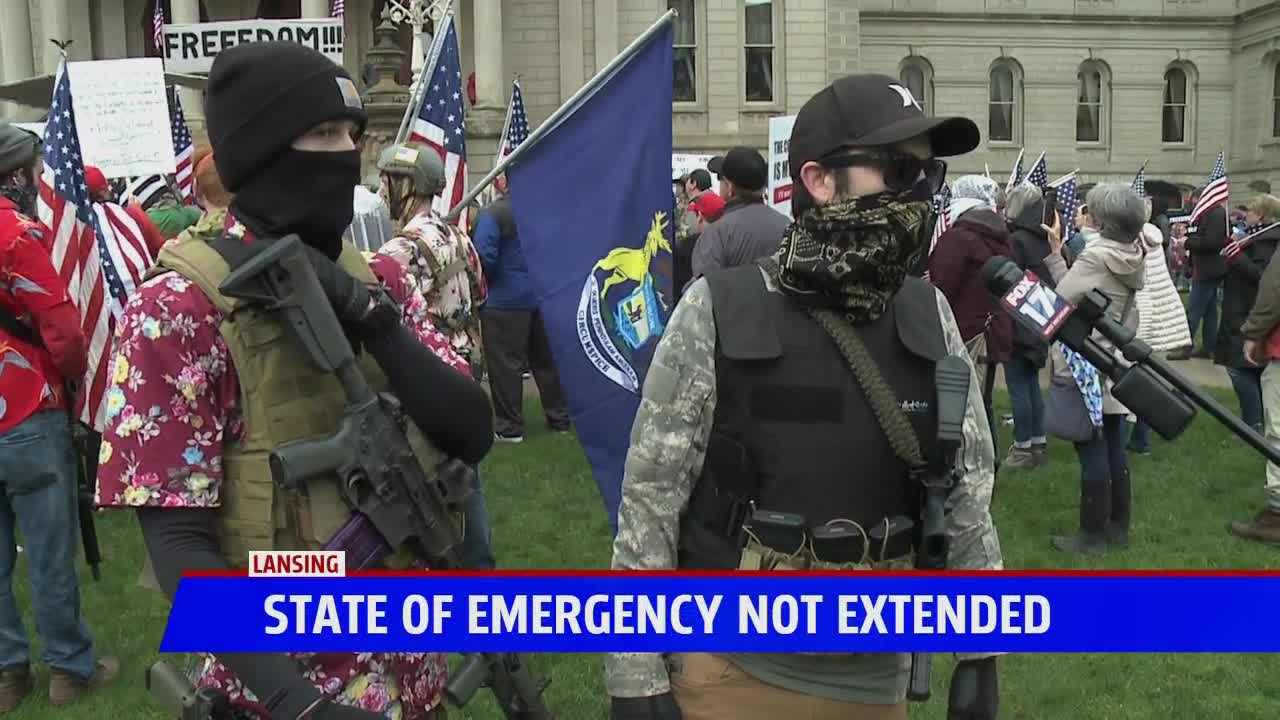 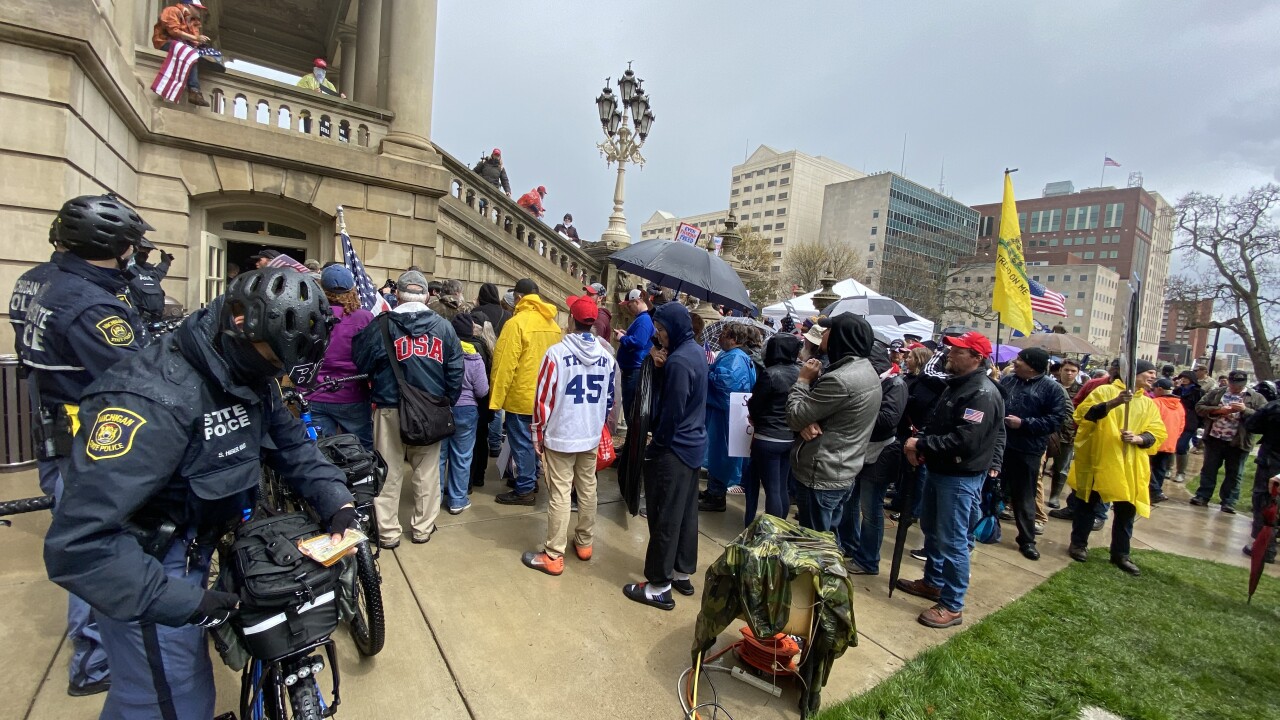 LANSING, Mich. — Protesters gathered on the steps of the Capitol Thursday morning to urge legislatures to vote against Governor Whitmer's request to extend the state of emergency set to expire at midnight.

The event, dubbed the 'American Patriot Rally' by it's organizers, saw several hundred people turn out for a morning of speakers.

Drawing less vehicle congestion on the roads surrounding the capitol than the 'Operation Gridlock' rally that took place on April 15, Thursday's event was organized after Governor Gretchen Whitmer requested an extension to the current state of emergency.

The current state of emergency order expires at midnight.

The Michigan House of Representatives adjourned for the day just before 4:00 p.m. Thursday without extending the order. They did pass several bills in an effort to limit the Governor's powers during the pandemic. One of those bills gives Speaker of the House Lee Chatfield the ability to take legal action against the Governor on behalf of the house.

“We would like to see all Michigan businesses open right now. Michigan families are suffering across the state, across the country and it's time to get the economy moving again,” said Ryan Kelley, a real estate broker in attendance Thursday.

The rally started on the Capitol steps at 9:00 a.m. Thursday.

Duncan Lemp, another protester, told FOX 17, “We’re one of the few states in the United States that have the restrictions that we have, to this extreme level. There's a right way to go about this and a wrong way and its gone too far.”

After the speakers had wrapped up for the day around 1:00 p.m., somebody announced on mic, "Because it's so rainy and wet out here, I think all of us need to walk inside the capitol and say hello."

Phil Robinson, who was working security for the event as part of the Michigan Liberty Militia, told FOX 17 that police were allowing 350 protesters to go inside.

Robinson was also present when a man was arrested outside the capitol for an alleged assault.

“I don’t really know if he was a counter protester. He was drunk and He took a flag from a child and then I heard he punched somebody," Robinson said. "People ran up to me and asked, you’re security, do something. So I followed him around, went and got the law and they arrested him.”

Inside the capitol, several armed individuals prompted Senator Dayna Polehanki to tweet a photo with the caption "Directly above me, men with rifles yelling at us. Some of my colleagues who own bullet proof vests are wearing them. I have never appreciated our Sergeants-at-Arms more than today."

Before it was all over truck driver Kevin Grand told FOX 17, "I'm hoping to send a message to the members of the Michigan House and Senate that there are some people in the state of Michigan that are ready to return to normalcy. We want to return to work, we want to return to our normal lives. We’re not going to let fear stop us."