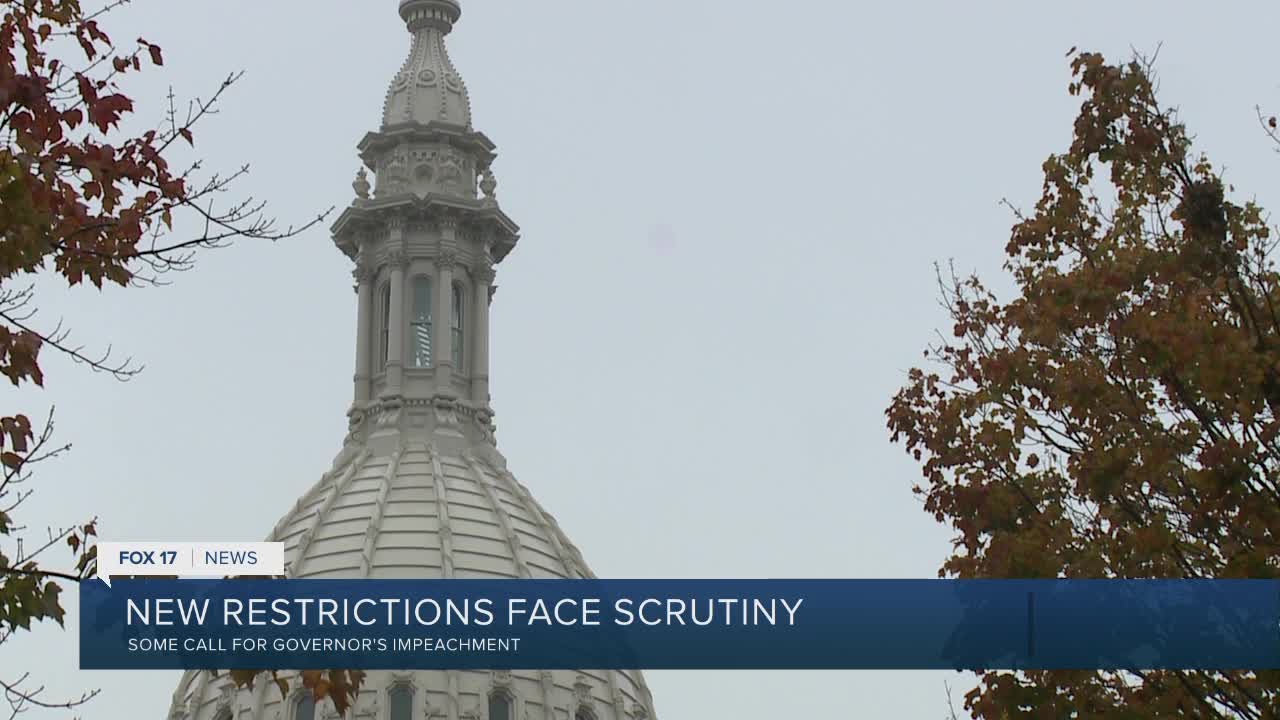 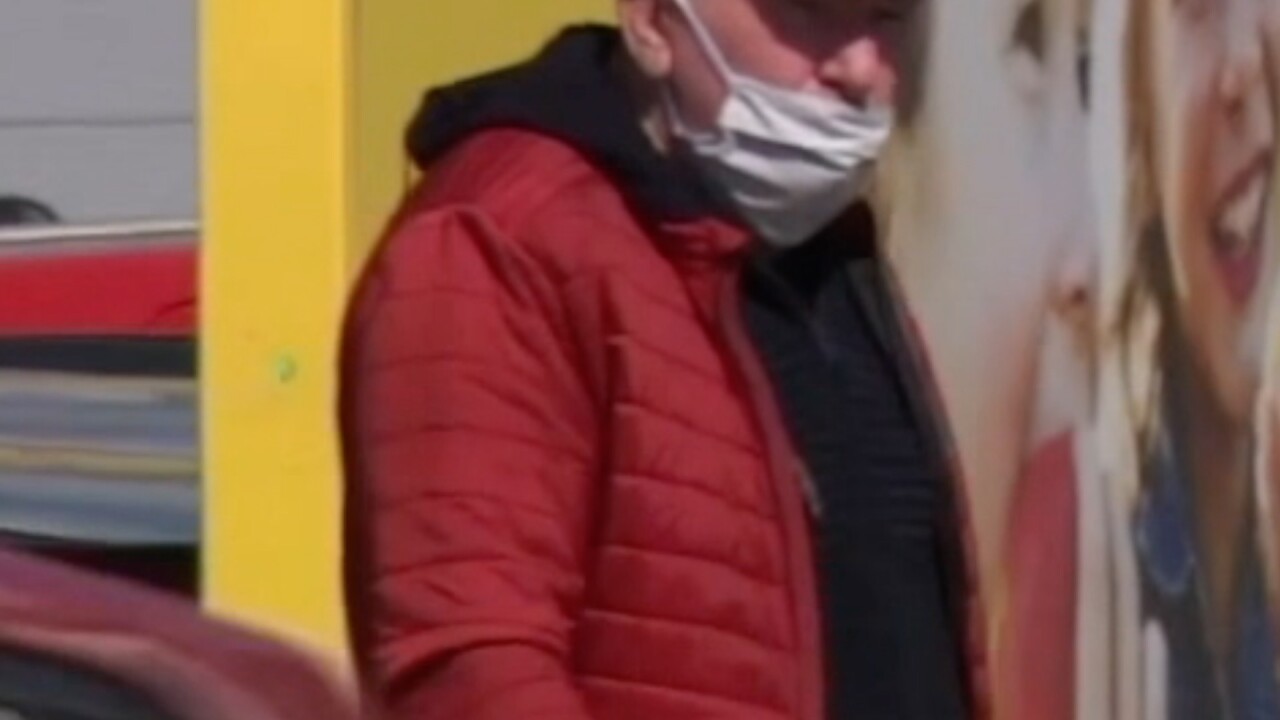 LANSING, Mich. — The new health mandates issued Sunday night by the director of the state department of health and human services are facing scrutiny from legislative Republicans, pushing several of them to talk about a potential impeachment.

Governor Gretchen Whitmer held a somewhat unexpected press conference Sunday evening, at which she announced new health orders being issued by Robert Gordon, director of the Michigan Department of Health and Human Services.

“The situation has never been more dire. We are at the precipice and we need to take action,” the Governor said Sunday.

“A leading model shows that if we don’t take aggressive action right now, we could soon see 1,000 deaths per week here in Michigan.”

While some of the Governor's emergency powers were struck down by a Michigan Supreme Court decision in October, she did not issue Sunday's orders.

“We're in a different place now than we were in early October, when the Governor was issuing rather broad executive orders under her authority under the Emergency Powers of Governor Act from 1945,” said Michael McDaniel, Associate Dean at WMU Cooley Law School.

As McDaniel told FOX 17 on Monday afternoon, these new orders were issued under the state's Public Health Code.

“It meets the definition of imminent danger under the Public Health Code, which means a condition or practice exists that could reasonably be expected to cause death, disease, or serious physical harm, immediately or before the imminence of the danger can be eliminated," McDaniel said.

"I think she's well within her authority under the Public Health Code to do so.”

It is a decision lauded by those on the left of the aisle, like Rep Jon Hoadley.

“I think the order that was issued by the Department of Health and Human Services was a prudent decision. It's a pause, it's a slow down, that says, Let's take a few weeks and try to bend the curve again, get those new infection rates under control," Rep Hoadley told FOX 17 on Monday.

But reactions differed significantly on the right, including from Representative Daire Rendon of Michigan's 103rd District.

“I understand this is a virus and we have to take it seriously, but I'm not in agreement with the orders,” Rep Rendon said Monday.

"And, frankly, the people in this area, most of them, a good share of them, are a little upset that they are not being given the freedom to make their own choices and to freely observe what they think is proper for fighting this virus."

Representative Rendon and several other Legislative Republicans announced following the new health orders that they would be seeking to impeach the Governor.

But Representative Hoadley feels that many of those in the Legislature have in recent months failed to act.

“There was definitely a choice made by Legislative Republicans near the middle of April, where it went from everybody's in this together to trying to score political points," Rep Hoadley said.

"There were bills, and there are bills that have been introduced since April, that could actually codify and work with the Legislature and the Governor to put protections in place for small businesses and families. But Republican Legislative leaders chose not to move those bills, and it's frustrating.”