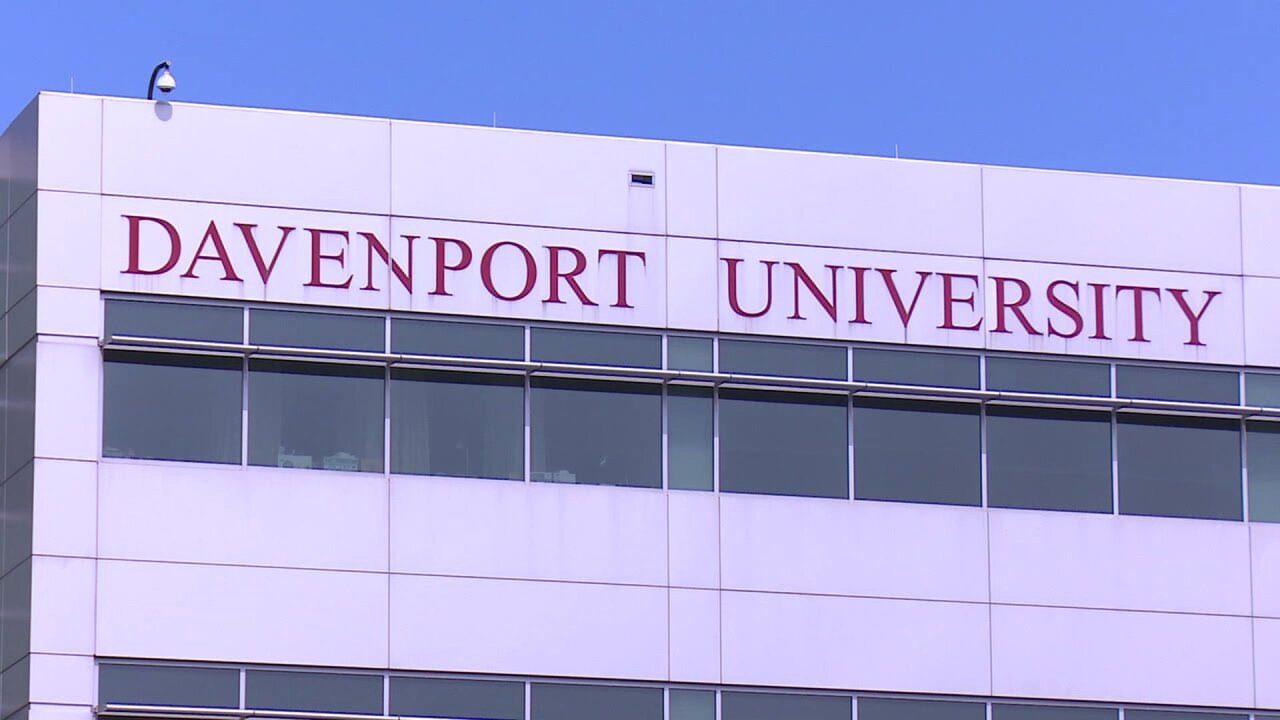 GRAND RAPIDS, Mich. — Some Davenport University seniors aren’t happy with the school’s plan to hold only a drive-through graduation ceremony instead of postponing the traditional in-person event.

A Facebook group for students upset by the decision has been set up.

Organizer Cassidy Ochsankehl says she’s heard from about 150 students who are upset with the university’s decision.

Though the group is named a protest, students will not be marching or making signs. Ochsankehl says the Facebook group is meant to bring attention to the issue and that as more students join the group, they can bring their concerns to university administration and see if anything can be changed.

“We just feel that they’re pushing us off to the side,” Ochsankehl told Fox 17. “We feel like we’re not being heard.”

She pointed to other universities that have postponed their in-person ceremonies and to the fact that Davenport was able to re-schedule a large, annual fundraiser.

“What's the rush? They have planned their traditional fund-raiser and that’s still going to happen, Ochsankehl said. “So, why can't they wait on our graduation ceremony? They even sent out a student survey asking us what we would like for a ceremony and the idea of a ‘drive in’ on a Sunday morning wasn’t even an option. As you can probably guess, this whole thing is not sitting well with us graduates.”

The university announced the drive-through ceremony last month as a creative way to honor graduates in-person while still keeping them safe during the coronavirus pandemic.

“We considered several avenues to recognize our graduates,” Gilda Gely, provost and executive vice president of academic affairs, said last month. “But it was clear from an internal survey with graduates that they preferred to be recognized in-person and we were determined to make that request a reality.”

But Ochsankehl says a drive-through ceremony isn’t what students had in mind.

She said some of the graduates she spoke to from further away, like the Detroit campus, said they didn’t want to drive for three hours to sit in their car for another three hours.

Davenport spokeswoman Amy Miller said the drive-through ceremony would still be happening as planned on Aug. 9 and that university officials weren’t aware of the protest.

"We were sorry to learn that some of our graduates are disappointed," Miller said. "The university was certainly disappointed as well."

"Although not in its traditional venue, the Drive-Through Commencement will still feature many of the elements graduates have come to expect including comments from the university president, the opportunity for their families to watch them walk across the stage, get their diploma and get a photo taken in their cap and gown," Miller said.